A new edition with tons of new features! 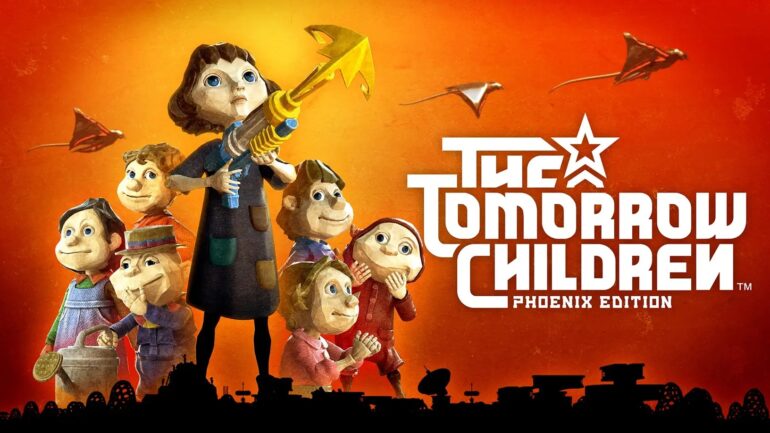 Q-Games CEO and Game Director Dylan Cuthbert shared some interesting details about the new version aside from The Tomorrow Children Phoenix Edition release date. Just a quick refresher for everyone, the game takes place within an alternate future following a failed experiment to unite the minds of all humanity. Now to return civilization, humanity now depends on Project Clones, which are life forms that can go deep into the Void so they can find the preserved human survivors.

In the trailer, a few new additions have been added and the first one is called Monoliths.

Monoliths was the development team’s way of expanding the existing islands and turn them into new landscapes. This gives veteran players a new experience and now it expands it to more than 40 islands to explore.

The Monoliths are obelisk-like structures that can be discovered within islands that appear from the Void. They create new and mysterious ways to explore and by triggering one, players will be able to discover further untold secrets of an island. Monoliths can only be activated by multiple players and others reveal branching paths and additional matryoshka dolls to be rescued.

Another addition to the game is the Grappling Hook. It makes it easier to climb even the tallest of islands. It is the best way to get around the Void.

The best news from this announcement is the confirmation of an offline mode for the game. It is an offline single player mode that users Comrade AI to complement the solo expedition into the Void. These guys will repair buildings, carry resources, defend the town with turrets and missile launchers, and shake trees for apples when the townsfolk get hungry. Players can set the priority for what they should do in the Police Station. Comrade AI can be requested during online play, which can be helpful especially while waiting for a friend to help players out.

The party code system was added too. It will allow players to work together in one town online and will make it easier to connect with friends. Change the party code at any time to restrict or open access to anyone players choose. The host can ban comrades that are not helpful at all.

The Tomorrow Children Phoenix Edition has a price tag of $40 with a very special early bird bonus available during the first two weeks of launch. More details about that later on.

Check out the new changes coming to the game when it launches on PS4 with enhancements for PS5:

The Tomorrow Children Phoenix Edition release date is September 6, 2022 for PS4 and PS5 in Europe and North America and September 7, 2022 in Japan.