Bloodier, more undead, and lots and lots of new weapons! 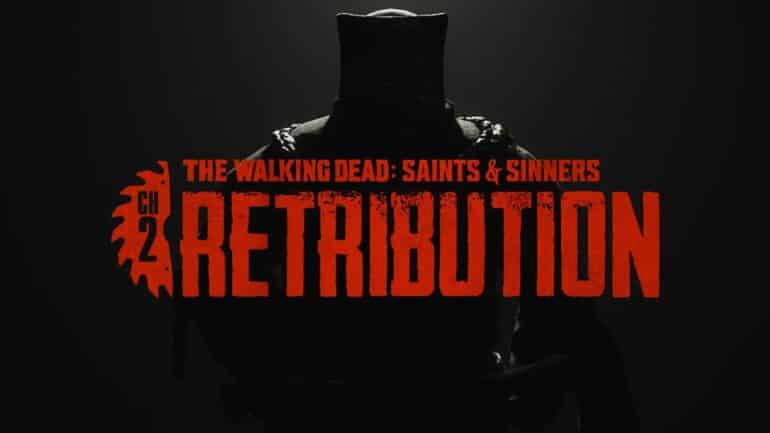 Skydance Interactive has announced during the latest State of Play showcase the new sequel, The Walking Dead Saints and Sinners Chapter 2 Retribution.

The next chapter of The Walking Dead Saints and Sinners series will be available on PSVR and PSVR 2. According to Skydance, this will be a direct follow up to the first game and adds a whole new story campaign with new maps to explore, new weapons and tools, and new challenges.

One of the biggest differences between the original and The Walking Dead Saints and Sinners Chapter 2 Retribution is the new arsenal of weapons. While Chapter 1 was announced with the iconic fire axe teaser image, Chapter 2 has the brutal chainsaw. There will be a wide variety of weapons to interact and will have more tactical brutality than ever before. The gear that players will find on the field will not be just variants of the original ones, but will be designed to have unique methods of combat not available previously.

There will be silencers that will help avoid alerting the undead while using firearms, new guns like the SMG and the sawed-off shotgun, and the chainsaw.

There is a sort-of new undead mid-boss that will terrorize players in the game called the Axeman. It is a mysterious post-apocalyptic slasher with the goal of killing any survivor they meet. There are also a lot of walkers to fight and more complex battles against armed and dangerous human opponents.

Another big change in Chapter 2 is the inclusion of expeditions into the city during the night. Old and new maps in New Orleans can be visited after the bells have been rung and the living dead have invaded the whole area. The more dangerous the area though, the better the rewards will be.

Stealth will be essential during this time of day and flares can help a lot to lead the horde away from players. There are items like survival bags left behind by survivors or those who have died that can extend a player’s life longer. Just be careful of who to bump in the dark.

The walkers have increased in number in Chapter 2 and the detail of visual feature combinations in order to help each walker that players fight will look different from the last. To match the increased weapon pool, the ways that walker bodies react damage have also increased. Each of the hits will look more visceral and realistic. Walkers will have better reactions to their environment like when falling from heights.

The Walking Dead Saints and Sinners Chapter 2 Retribution is coming to PSVR in late 2022. The PSVR 2 version will be available in 2023.