It's been a wild ride zombie fam. 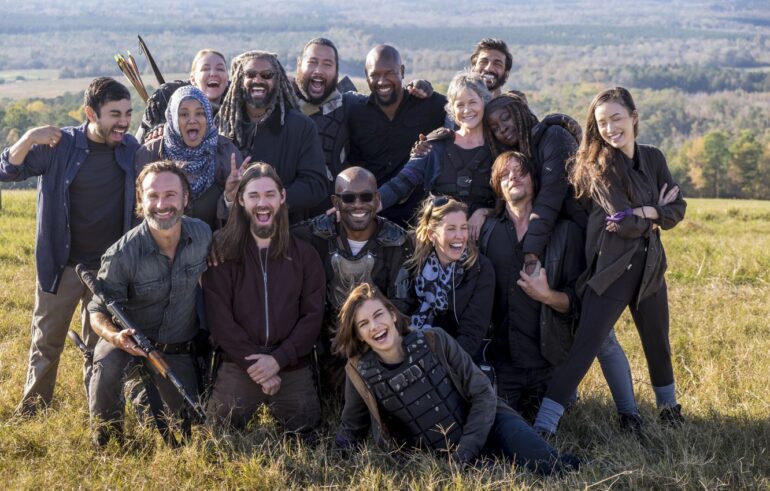 The most popular zombie TV series on the planet, AMC’s The Walking Dead has finally finished its filming recently and that has marked the end of 12 years of the series with 11 seasons and 177 episodes in total. What a run it was.

The official Twitter account of the TV series recently posted some photos of the filming of the final episode and announcing the series wrap. They also confirmed that it is finally come to an end with this last episode.

While the main series will come to an end, there are already three other spinoffs on the way for this year and the next, which are the six-episode anthology Tales of the Walking Dead and an untitled series that will feature Daryl and Carol. The third one is the Isle of the Dead where Maggie and Negan partner up and explore “a post-apocalyptic Manhattan long ago cut off from the mainland. This will also be a six-episode TV series spinoff.

The Walking Dead final filming was actually delayed before because of the actor Norman Reedus got a concussion during filming. There were no specific details given from official channels, but Reedus did say he was involved in an unspecified accident. He has now made a recovery and the crew continued filming.

Several cast and crew members of The Walking Dead shared their own posts talking about the final filming. Lauren Cohan shared a photo on her Instagram account holding a custom mug made by the staff. She wrote, “I don’t have the words right now, but I want to raise my cup to the crew of The Walking Dead. Thank you. 11 seasons. My heart is full.”

According to TMZ, Reedus gave an emotional speech to the cast and crew after wrapping up filming. He spoke about how the “Walking Dead juice” is worth the “squeeze.” Laughter erupted but then everyone got quiet afterwards when they realized that it was a wrap of the final filming. After Reedus thanked everyone, everyone hugged each other and even the zombie actors hugged as well.

Executive Producer Greg Nicotero spoke as well saying he has become a better person because of everyone that he’s met throughout the 11 seasons.

Thank you for the scares and awesome zombie world The Walking Dead.