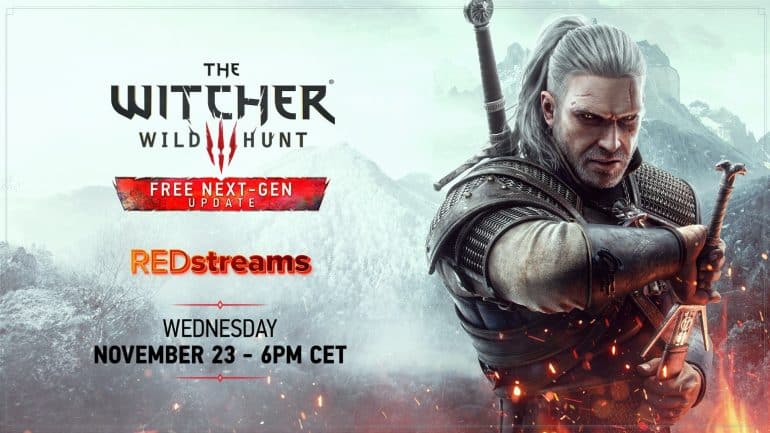 CD Projekt RED has recently revealed that it will be revealing some new information about The Witcher 3 Wild Hunt free next-gen update soon.

The free next-gen update is one of the most anticipated content that the Witcher fans have been waiting for. It finally improves one of the most popular Witcher titles in the market, which would greatly improve the experience for new and old players. This will also make the game play natively on the Xbox Series X/S, PS5, and current PC builds.

In a new Twitter post on the official Witcher account, it was revealed that there will be a new livestream on the official Twitch channel. It will happen on Wednesday, November 23, 2022 at 6 PM CET. CDPR has not divulged the specifics of the upcoming livestream but it will largely focus on the free next gen update that will launch in December 2022.

It is speculated that there could be more additions that will be coming together with the upcoming free update aside from next-gen upgrade. It could be new content for the fans.

The Witcher 3 Wild Hunt is now available on PC, PS4, Xbox One, and Nintendo Switch. It is also playable on PS5 and Xbox Series X/S but will get a next-gen upgrade on December 14, 2022.