Theseus Review – Catch Me If You Can 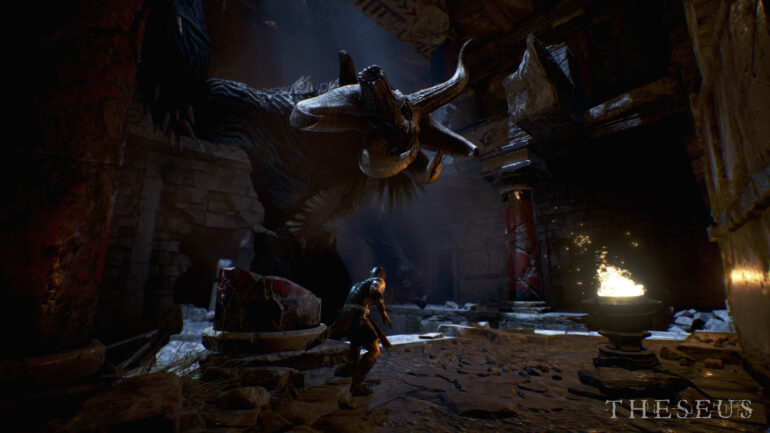 Did you ever play a game that you think you will enjoy because it is based on the Greek mythology? And in the end, you get disappointed because you thought Zeus and the other Gods were present? I have, the game is called Theseus and it is a PlayStation VR (PSVR) exclusive created by Forge Replay, the team who also created the twin-stick shooter in space We Brawl for the PS4.

To be honest I kinda liked it a bit, but there were so many flaws that I saw that I really can’t deny. Let me run it down to you guys. 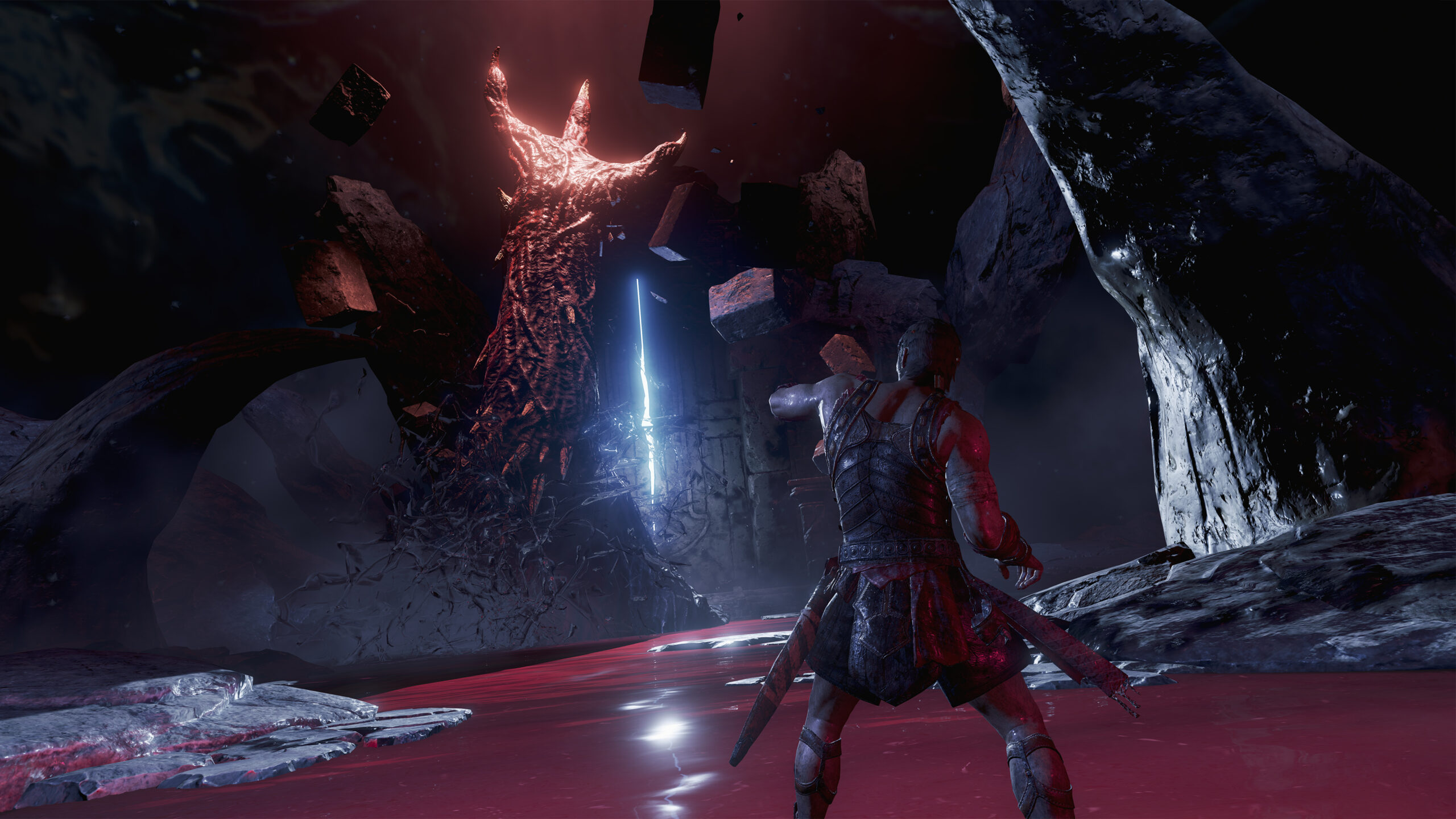 The game starts when your character is walking in an empty space, flooded in water-mixed with blood, trying to reach a door. And then you wake up in a labyrinth trying to find your way through the place. Along the way you will meet Ariadne, she will guide you to the center of the labyrinth hoping you will go forward. But that won’t be easy, a mighty Minotaur will try and stop you from reaching the center trying to smash you into pieces, and believe me, the Minotaur is the only good part in this game.

I actually didn’t understand the story because it was too short and empty, I wasn’t excited at all to go forward and finish the game. The story is so complicated and I don’t know what is going on. They should at least narrate the story first before moving forward. Also the game is so short that it only took me 2 hours or less to finish it, and honestly, I didn’t have the reason to play it again either.

For the gameplay, I was actually amazed how they managed to make a VR game in a 3rd-person perspective since your head was served as the camera of the game. This is actually both good and bad at the same time.

Let’s start with the bad part, as a third-person VR game, it is sometimes frustrating to look for your character every time you switch into different rooms and corridors. I tend to look at my character running from left to right, but when I arrived at the second area, the camera angle changes to a different view which forces me to change the way I control the movement of my character, especially if you are chased by the Minotaur. 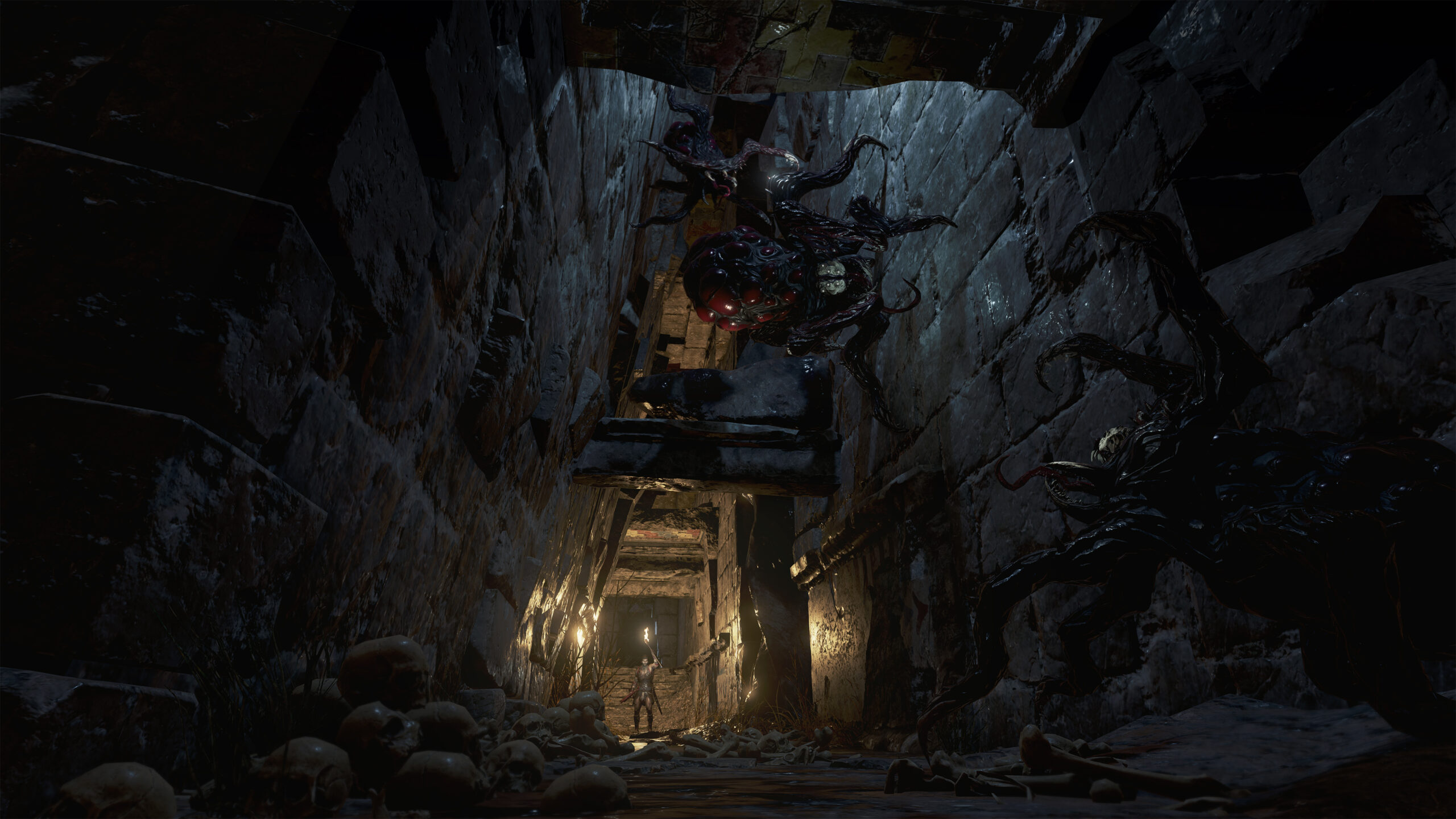 The good part about this was the gigantic Minotaur, it was fun and tense at the same time seeing the Minotaur up-close. Being chased by the giant and hiding from him was the best part , but given how short the game was, I just wished there would be more hide-and-seek with the minotaur.

Combat is kinda clumsy and boring. You’re limited to only 5 combos, or maybe less. You are armed with a sword and a torch and your only enemies are the giant spiders and the Minotaur. There is no target-lock system, no health bar, almost empty at all, the empty spaces are so huge and only the spiders are roaming around it. But this idea of making a third-person game with VR has a lot of potential. Imagine playing The Last of Us or God of War with VR that would be a whole new experience.

Visually the game is okay, given it is a VR title, you will expect a lot of blurry graphical images that sometimes give you a headache. The graphics on the PS3 system looks way better than this. The sound on the other hand was great, the intense hide and seek with the Minotaur plus the trembling of the sound effect works well together, making the game more exciting.

Overall, Theseus for me is underdeveloped, the lack of storytelling, combat is boring, enemies are unforgettable, protagonist is also unforgettable, short gameplay and bad visuals. Theseus had a very good potential because of its 3rd person VR gameplay but was ruined because of its major issues. At least the Minotaur sequence was fun, but buying this at $24.99 is not advisable for me, just wait for a sale, maybe soon the developers will add updates for it. 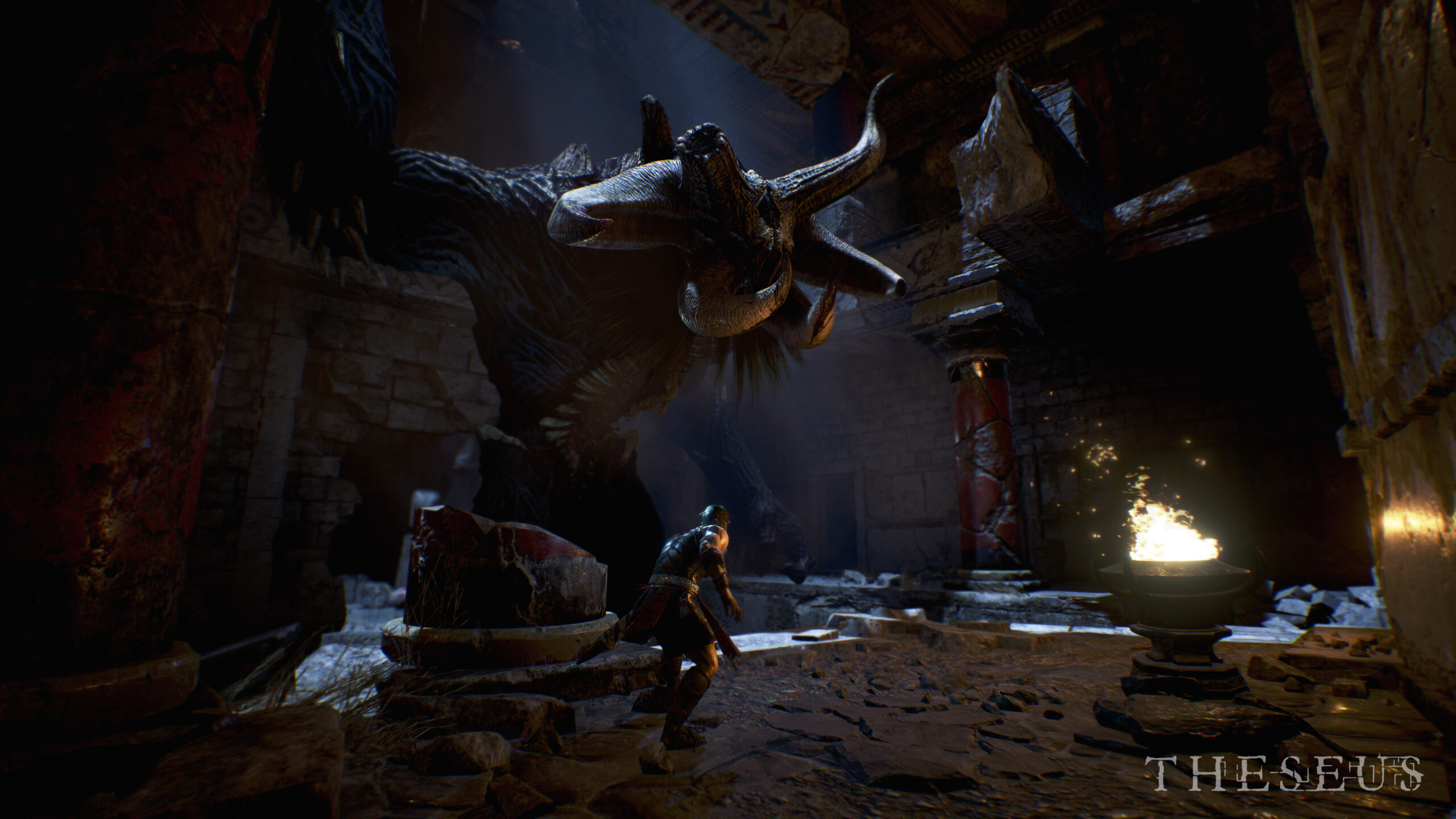