Reflex is the first ever third-party PS5 controller! 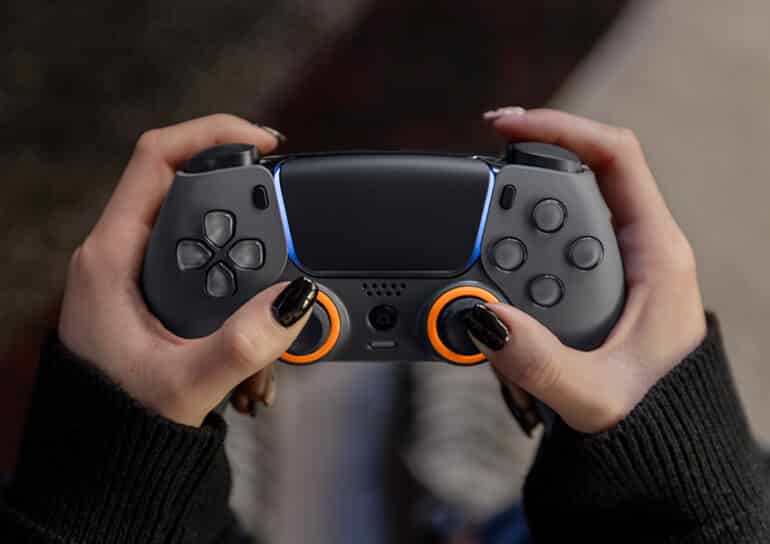 The very first third-party DualSense controllers called Reflex for the PlayStation 5 has officially been unveiled and it is a thing of beauty.

From the makers Scuf, they have now manufactured three new types of controllers, which are called the new Reflex, Reflex Pro, and Reflex FPS. These are all designed specifically for the new gen console PS5.

The new Scuf controllers have tons of similarities to the original DualSense controllers, but it has several improvements. One of those major changes is the removable set of back control paddles. These are the same features that the Xbox Elite Series 2 have, but users can just disable or reprogram them to their liking. There is a small rubber button on the back of the controller that allows them to reprogram buttons on the fly.

There are differences between the Reflex controllers too. The Reflex and Reflex Pro have the adaptive triggers, but the Reflex FPS changes that with the instant triggers that will actuate with one tap just like a mouse button would function.

The Reflex controllers can swap thumbsticks, which allows users to have their own preference when it comes to those. Either they can go with long, short, domed, or concave versions. The faceplate trim around the thumbsticks can be swapped too with different colors.

There are various colors to choose from with the Reflex controller series. Interested buyers can go for gray, white, black, orange, navy blue, and red. The black version will be the only one available at launch though and more colors will be released at a later time.