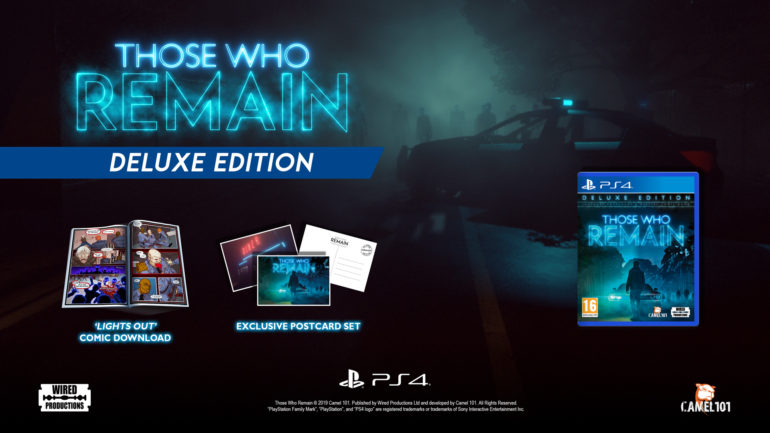 Game publisher Wired Productions and independent studio Camel 101 recently announced the availability of retail-exclusive Deluxe Edition of Those Who Remain.

Set in the sleepy town of Dormont, a town in a spiralling split from the fabric of reality, warped by darkness and the deeds of the citizens who reside, Those Who Remain is a story-driven, first-person adventure thriller combining a deeply atmospheric game world with tense psychological horror that delves deep into the human psyche.

The Deluxe Edition is priced $19.99 only and will be available in the US for PS4 and PC.