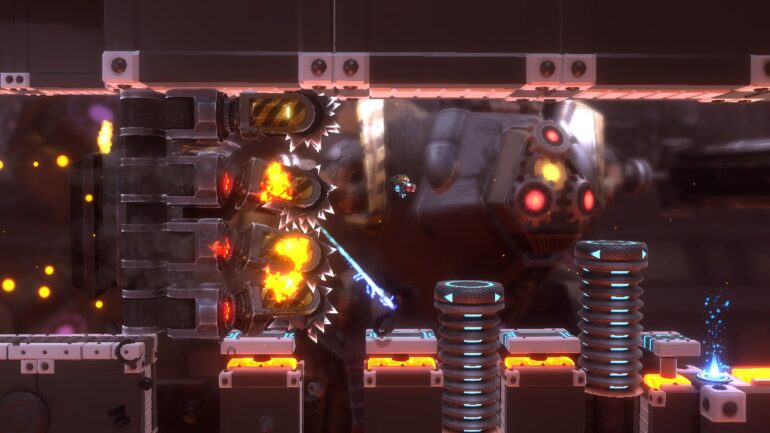 Tinertia is an action-packed platformer with an odd twist: your playable character doesn’t have the ability to jump. Instead, you use a rocket launcher and point it on the ground to propel your tiny robot friend through traps, gaps, and ledges. Despite its name, the game actually deal more with Newton’s third law of motion rather than the first but nevertheless, the physics used in the game, although a bit hard to get used to at first, is quite on point. 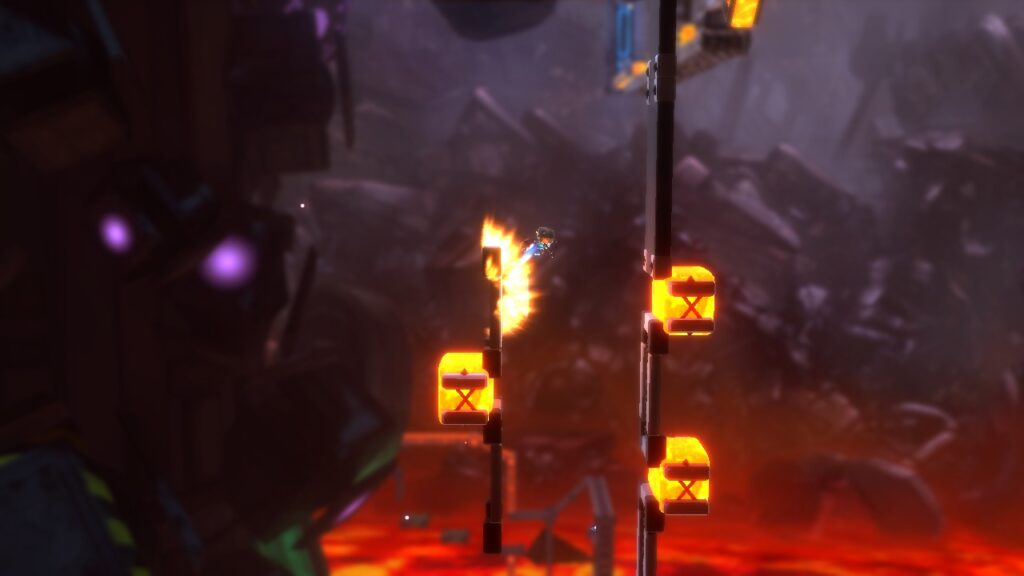 You play as Weldon, a small robot who was given the task to survey a planet. While on this mission, Weldon gets trapped by an entity and has to escape its clutches with only the use of his speed and his rocket launcher arm. Weldon literally has to blast his way through a maze of ledges filled with deadly obstacles, dash away from colossal bosses, and escape the planet to safety.

What’s nice about Tinertia is that it’s not your conventional physics platformer. Yes, it does have an interesting take on the dynamics of movement with the use of rocket explosions. But what’s more interesting is that it is not your rocket launcher that causes your movement but it is the explosion that sets off once the rocket hits a hard surface. Simply put, you cannot change the direction of your movement in midair just by firing a rocket in another direction; Weldon can do some minor nudges and actually has another tool for that but it’s limited. 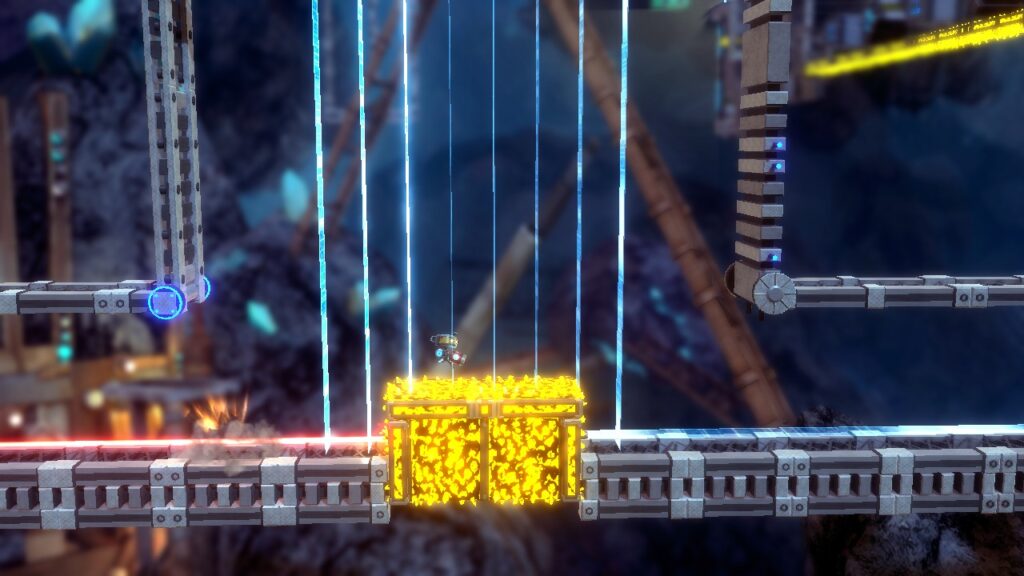 Also, there is quite a challenge when it comes to coordinating between pointing where to shoot and moving Weldon where to go; you have to shoot at the opposite direction of where you want to go but you have to shoot downwards at a wall and let Weldon hug the wall to climb it. It takes a while to learn but you’ll eventually get the hang of it. When you master the movement, you can then challenge yourself or others by beating the clock or by going through a course with the least amount of rockets shot off.

Overall, Tinertia really is a great and challenging game. The level designs are really splendid plus the game mechanics is simple yet hard to master. You’re gonna die a lot and try a lot just to get through one level but the feeling of being able to own the course is spectacular especially that there’s a replay feature to watch your feat. Tinertia is absolutely worth getting particularly if you are into such a fun and challenging game. 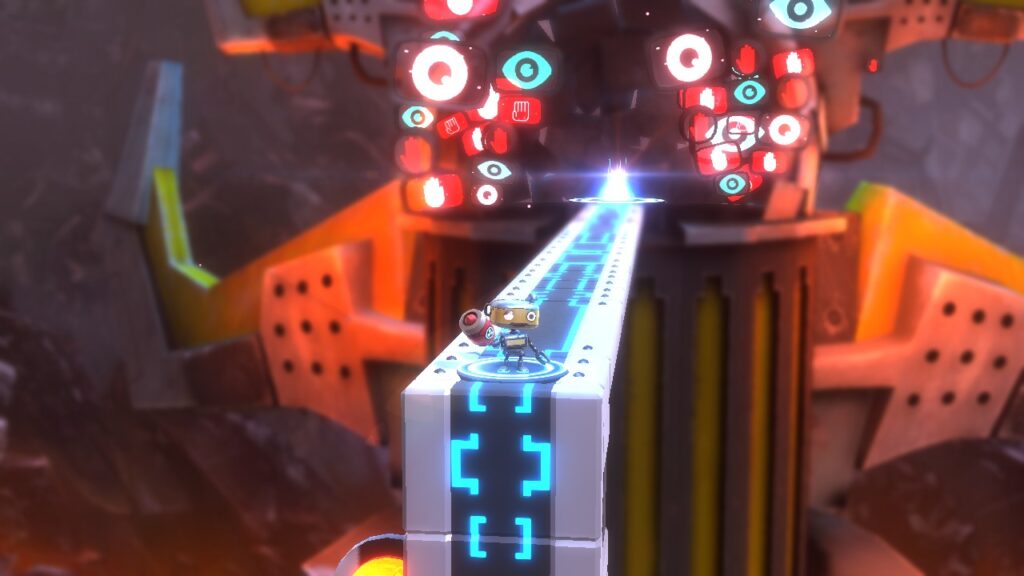