Guide on Where to Find and How to Get All Lost Marbles in Brighthoof. 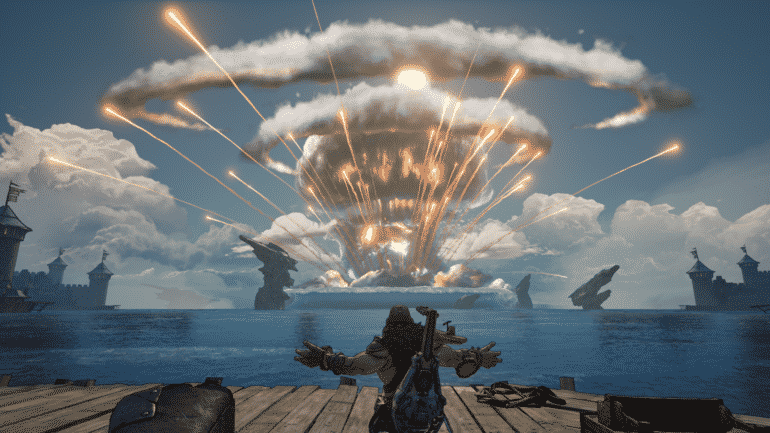 In Tiny Tina’s Wonderlands, there are numerous items to interact with and surprises to uncover, such as a lost marbles, rune switches, lucky dice, and a poetry page. Wonderlands has more hidden treasures than any other Borderlands game. Fighting ordinary opponents and searching for secret chests in each level will yield items and rewards.

You can do numerous Campaign challenges in Tiny Tina’s Wonderlands and get a permanent stat boost by finishing them. Finding a lost marble in particular can be challenging. If you’re looking for all the missing marbles in Brighthoof, you’ve come to the correct place!

For those who choose to bunker or be a badass, Brighthoof serves as a guiding light in the midst of the abyss of the Wonderlands, the capital of Queen Butt Stallion’s kingdom and a “crown jewel.”

You can find two lost marbles in Brighthoof as part of the campaign challenges for each area. Finding all of the Lost Marbles will give you a permanent Strength buff as detailed below.

Lost Marble behind the Prison Cell

This marble is likely to be the first one you come across. If you ever tried smacking that wooden cell door, it won’t break it, casting spells doesn’t do anything as well.

To reach that marble, you must proceed through the main story and eventually, you’ll find yourself helping Torgue. He’ll then help you out on your way to get to the Dragon Lord’s Pyramid. Finish “Emotion of the Ocean” on the Harborside of Brighthoof until he nukes the entire ocean dry.

How to get Lost Marble behind the Prison Cell:

1. Since there’s no more water, you should be able to go down the harborside without dying out of bounds. Once you’ve completed the “Emotion of the Ocean” quest, head down to the left of the docks until you notice a route leading inside the city. Take that way until you see a tunnel under the blue portal and enter that tunnel.

2. You’ll notice a smaller tunnel on your left as you enter the main tunnel. You can slide your way to the bottom, then climb the ladder to the top.

3. And Voilà! You’re now inside the prison cell, so use your melee weapon to smash the marble and get on with your business. Use the Lever to open the cell door to exit. It’s located on the right side of the floor.

The location of the second missing marble is shown on the map below, and it may be found and smashed even if Brighthoof was still ablaze (you’ll learn more about this as you play the game).

How to get Lost Marble Near Izzy’s Fizzies:

1. To get to the marble, Enter Izzy’s Fizzies Tavern, follow the stairs on the left of the center stage until you are on the second floor. Walk your way to the tavern’s balcony until you find a wooden pole on the left side.

Note: There are other methods to get upstairs, climbing the ladder outside or using the stairs; it’s simply that the steps mentioned above are much easier to remember than the others.

2. Step on top of the wooden pole, sprint then jump on the platform indicated by the image above. Once you’ve landed successfully, you’ll be able to see the lost marble on top of barrels near the other house, and you can jump across and smash it.

That concludes your search for lost marbles in Brighthoof. Tiny Tina’s Wonderlands’ overworld is littered with more marbles than you can count. You’ll get a permanent boost to your stats if you complete all campaign challenges, so keep going!

If you like this guide, check out our other Tiny Tina’s Wonderlands articles here.

Also see this awesome video by DukeSloth discussing why WONDERLANDS Could Be The BEST Borderlands Game Yet!