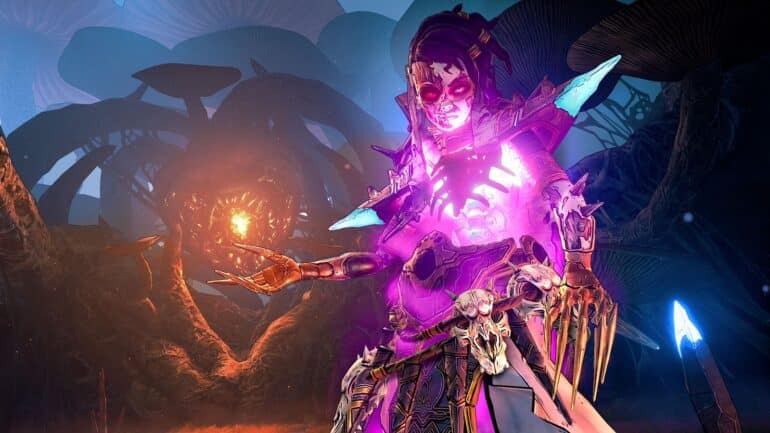 According to the developer, the official time that the new update will be available on all platforms will be on 9:30 AM PT today. Players are to check the News screen in-game on the Main Menu or Pause Menu to confirm the most recent hotfix. If the version number is not 1.0.2.0c, players are advised to exit the game and relaunch.

Two character classes have been adjusted with this new update, which are the Stabbomancer and Clawbringer. These are just some of the upcoming changes coming to the game as Gearbox Software is still monitoring which classes are underperforming or overperforming in-game.

The Warped Paradigm got adjusted as well since it was increasing damage outside the expected range. They adjusted it down slightly.

Check out the full details below:

The Chaos Chamber’s Featured Run has been updated! A locally-sourced, artisanal run, handmade just for you. The Leaderboard have been reset. Will you top the charts this week?

Featured Runs are available in the Chaos Chamber after you’ve completed the main story, and rotate weekly every Thursday at 9:00 AM PT. They’re the same for all players, so jump in and see how your run went compared to other Fatemakers!

We found that Stabbomancer and Clawbringer were not matching up with our damage expectations for higher Chaos Tiers. These are a few changes that we were able to release now, and we anticipate more changes based on what we’ve seen from the community in the future. We are continuing to monitor and investigate improvements to underperforming and overperforming classes and how they interact.

We found that the Warped Paradigm was increasing damage outside of the expected range that we balanced it for. We’ve adjusted it down slightly to make sure it wasn’t creeping too far out of those expectations.

The elemental effect chance was very low for how many projectiles get fired per shot.