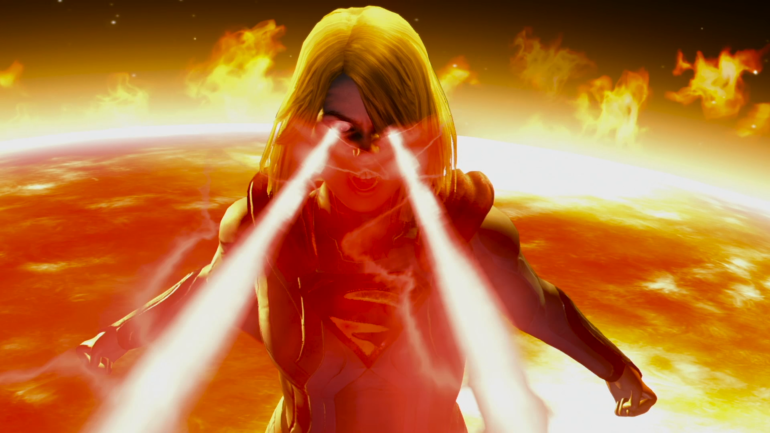 Injustice 2 is a super hero fighting game, and although it’s made by NetherRealm Studios, there aren’t any fatalities in the game. It would’ve been cool to see your favorite super hero disemboweling a fellow Justice League member, but at least we get the next best thing: Super Moves. Basically they’re the equivalent to the Hyper Combos in the Marvel vs Capcom series.

There are 32 characters in Injustice 2, but whose Super Move takes the cake in the game? Let’s see who can knock Superman’s block off.

[youtube https://www.youtube.com/watch?v=W4NtRjGS0ts]
Doctor Fate is an agent of the Lords of Fate, and basically does everything to make sure that order maintained in the universe, unless he feels like saving his friends. His powers are of magical origin, so those invulnerable to most powers due to science, better stay out of the way. If you do get in his way, expect to be sent to another dimension and get all the magic thrown down upon you.

[youtube https://www.youtube.com/watch?v=yP57UqmywNI]
He’s the goddamn Batman and he has an entire arsenal at his disposal to take down any foe. Batman has his strength, wit, and money going for him whenever someone crosses his path. In Injustice 2, it’s so satisfying to see the Bats in action.

[youtube https://www.youtube.com/watch?v=EzD8jJwylYY]
He’s so fast, you won’t even see what’s coming, literally. He can hit you so fast that his punches travel at the speed of light, so the effect are delayed, because science, I guess. In Injustice 2, he uses the speed force to travel through time to give you a history lesson and then make you collide with yourself.

[youtube https://www.youtube.com/watch?v=VtYBdZ__FUA]
The man of steel himself. Although you know him as a boy scout, in Injustice 2, he’s a different man, with some deplorable ideals. Basically, he doesn’t hold back. In his super move you’ll definitely not feel any signs of holding back, when he punches you into the earth’s atmosphere.

[youtube https://www.youtube.com/watch?v=PDjQ5hbMHFM]
In Injustice 2, she’s brought to bring sense back to Superman. Basically, she’s the good version of what Superman is supposed to be. Although she’s a new comer to the series and the universe of Injustice, don’t expect her to be holding back either because of her disposition. Supergirl packs one hell of a punch, and heat vision, and a couple of space rocks.

There are a bunch more super move to see in Injustice 2, but those were our top picks for the game, so far. There are going to be more characters to come in the form of DLC, so expect this list to get updated, possibly. Until then, enjoy Injustice 2, and punch Superman in the face to your heart’s content.