The Top 5 Moments From Uncharted: The Lost Legacy 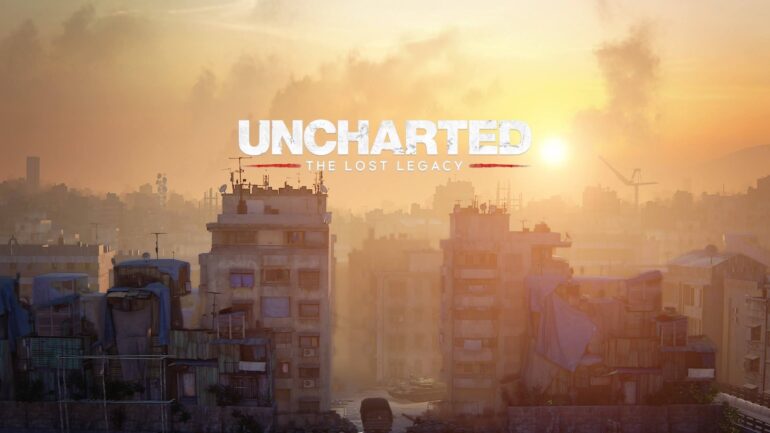 It’s been a week since Uncharted: The Lost Legacy has been released and yet people are still exploring the Western Ghats or finding the lost legacy of Ganesh. One of the most entertaining feature of this game is its photo mode and the many expressions that Chloe has. It’s been awhile since I have completed the game but I still reminisce on the many moments that happened in it.

So I came up with the five best moments in the game and thought I would share it with you guys along with pictures that I took regarding the moments involved. If you haven’t completed the game though, be warned as this list will contain spoilers. So stay away from here if you don’t wanna be spoiled. So here they are in no particular order: 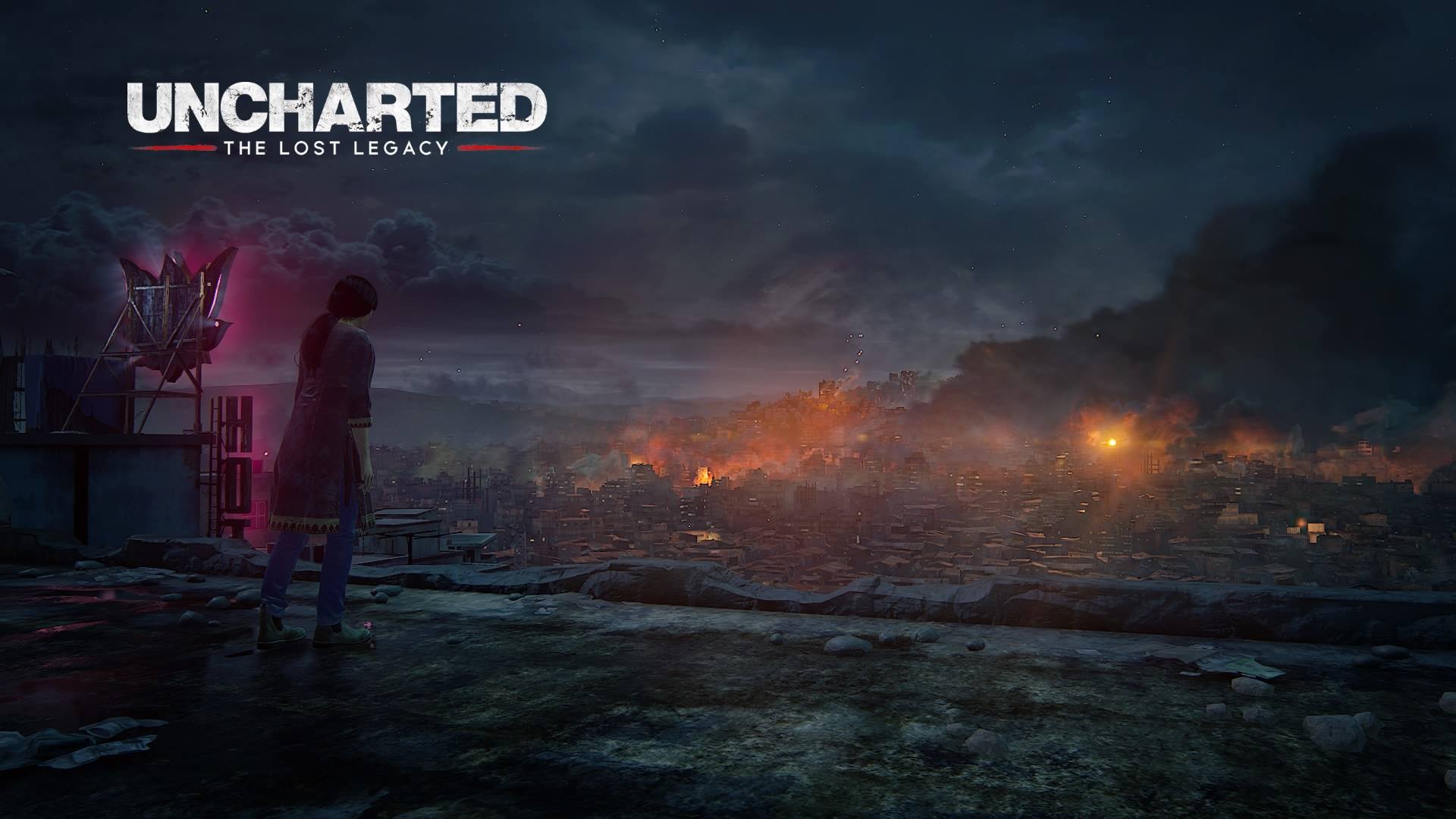 It’s the first time in the game where Chloe meets up with Nadine and where the big bad Asav is introduced. This paves the way for the adventure that Chloe and Nadine goes on to. This also showcases how amidst the terror and violence, the game still takes you to places of beauty and grandeur. The tones and hues in this grim setting comes alive with the neon lights from the stores on the rooftops. 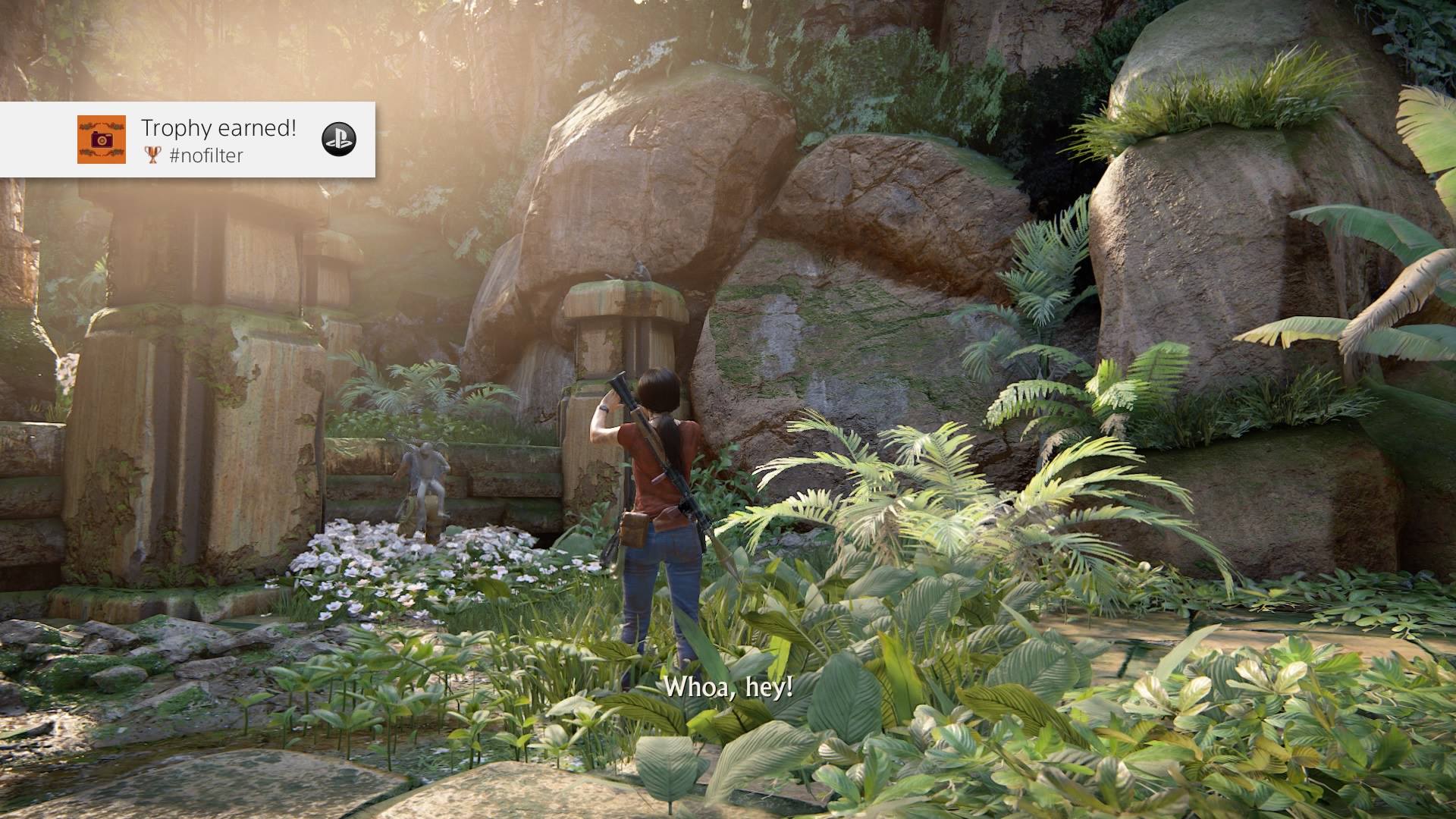 There’s this part in the Western Ghats where you have to find tokens that opens up a little cage holding the Queen’s Ruby Pendant. This pendant gives off a sound when a treasure draws near and is a good item to have for completionists. There’s this little scene where they interact with monkeys and one monkey jumps on Nadine right at the exact moment Chloe was taking a picture. It’s one of those silly moments but it was a nice little touch to a game that is serious when it wants to be. 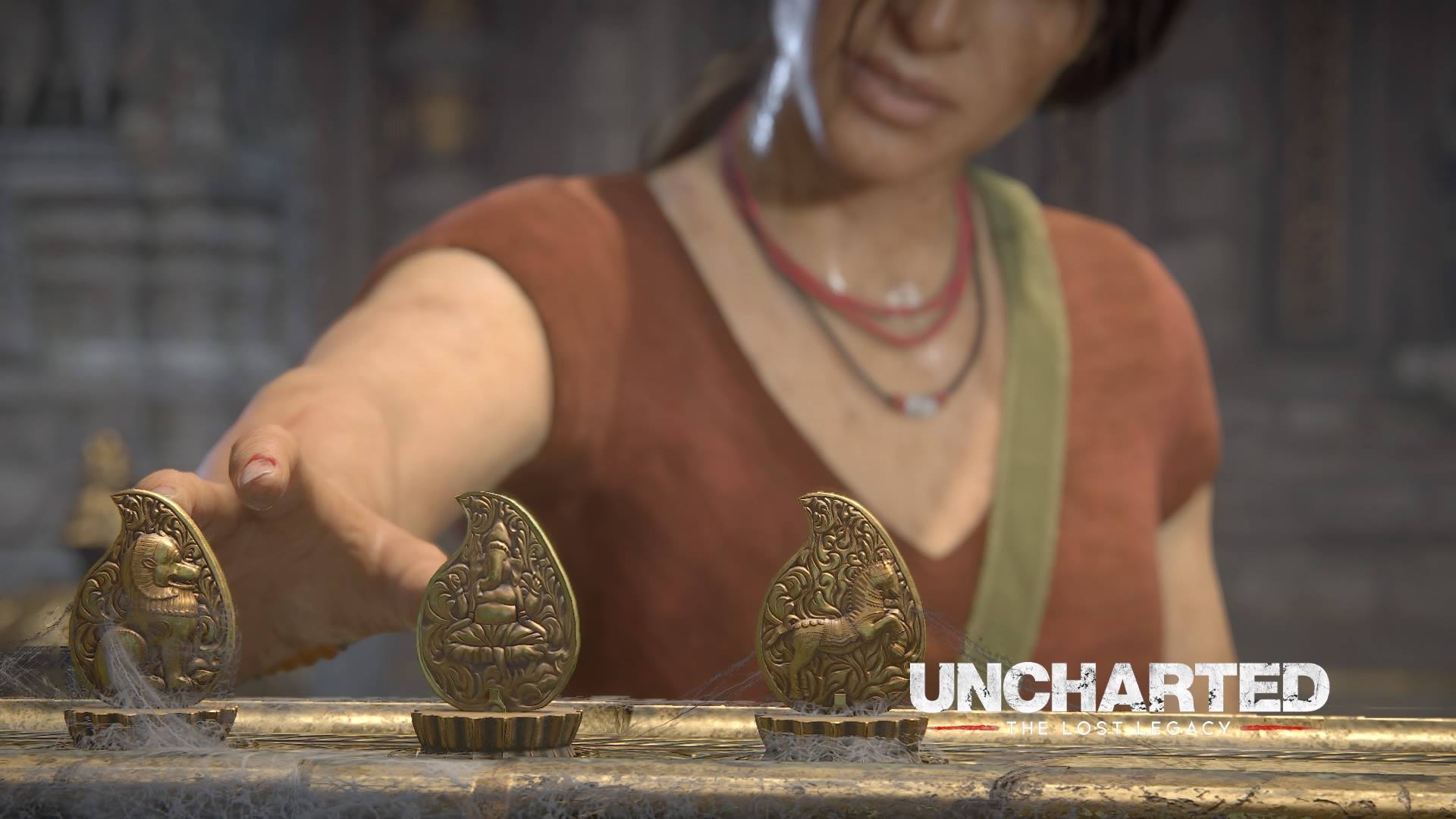 Discovering the True Purpose of the Ganesh Statue

At the beginning of the game, Chloe is seen carrying this little golden Ganesh statue. We later find out that this was the last thing that his dad gave her before her father disappeared. His father was supposedly tracking the Tusk of Ganesh but died during the expedition when bandits raided their camp. Chloe thought the statue was just a souvenir but when they entered this place where a stone coffin was located she soon realized the statue was one of 12 keys that was needed to open the door to the city that Ganesh’s followers were protecting. Chloe then realized that her father has been in the exact same place that she is now. 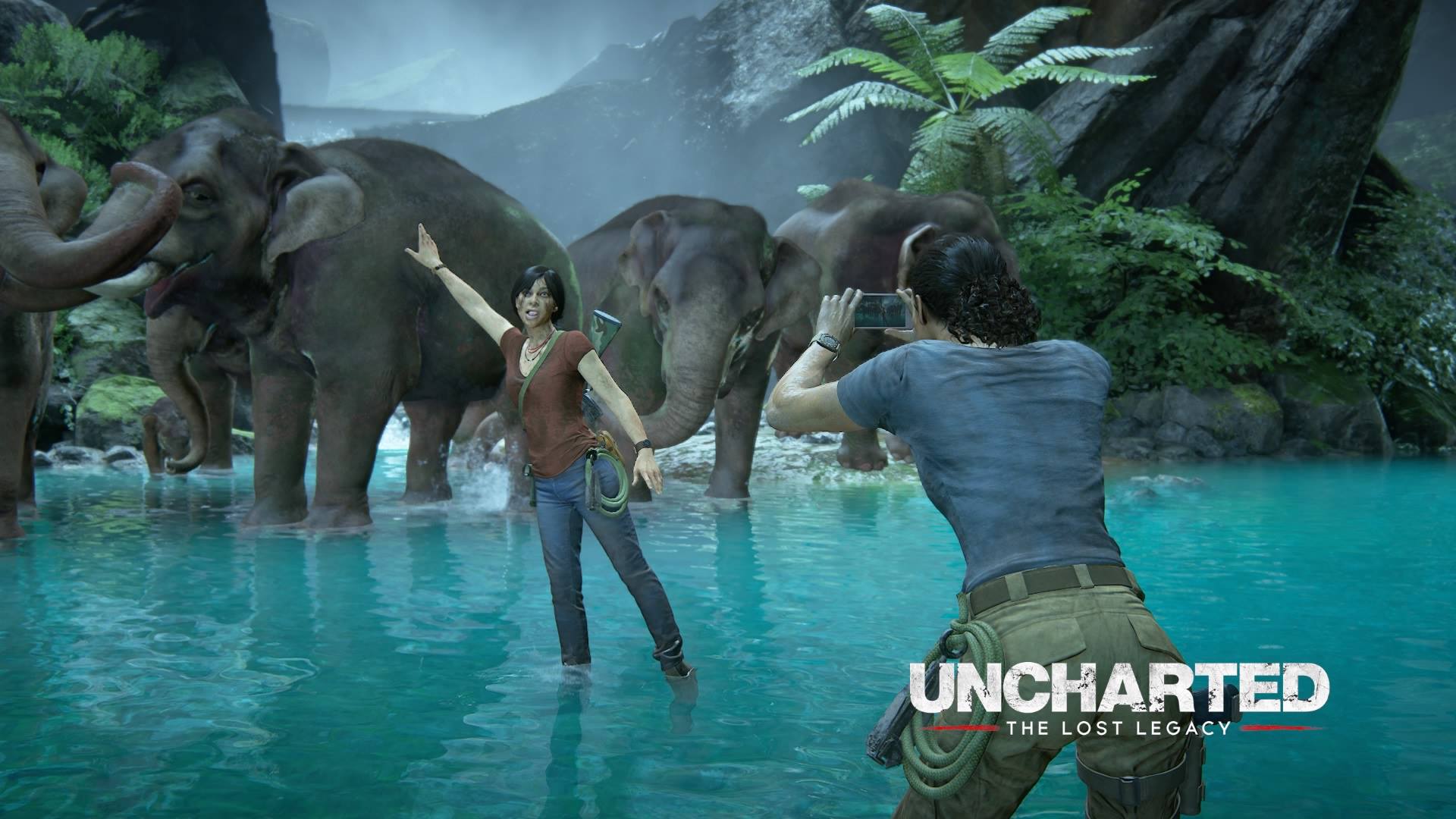 The Elephants by the Waterfall

While Chloe and Nadine are exploring, they come upon a baby elephant that gets stuck under a stone pillar. They decided to free it and what happened after was one of the coolest moments in the game. They were both riding the elephant and it was leading them deeper into the area. There was then a place where more elephants were taking a rest. Nadine took a picture of Chloe here who was pretending to touch the elephants since she can’t get near them. 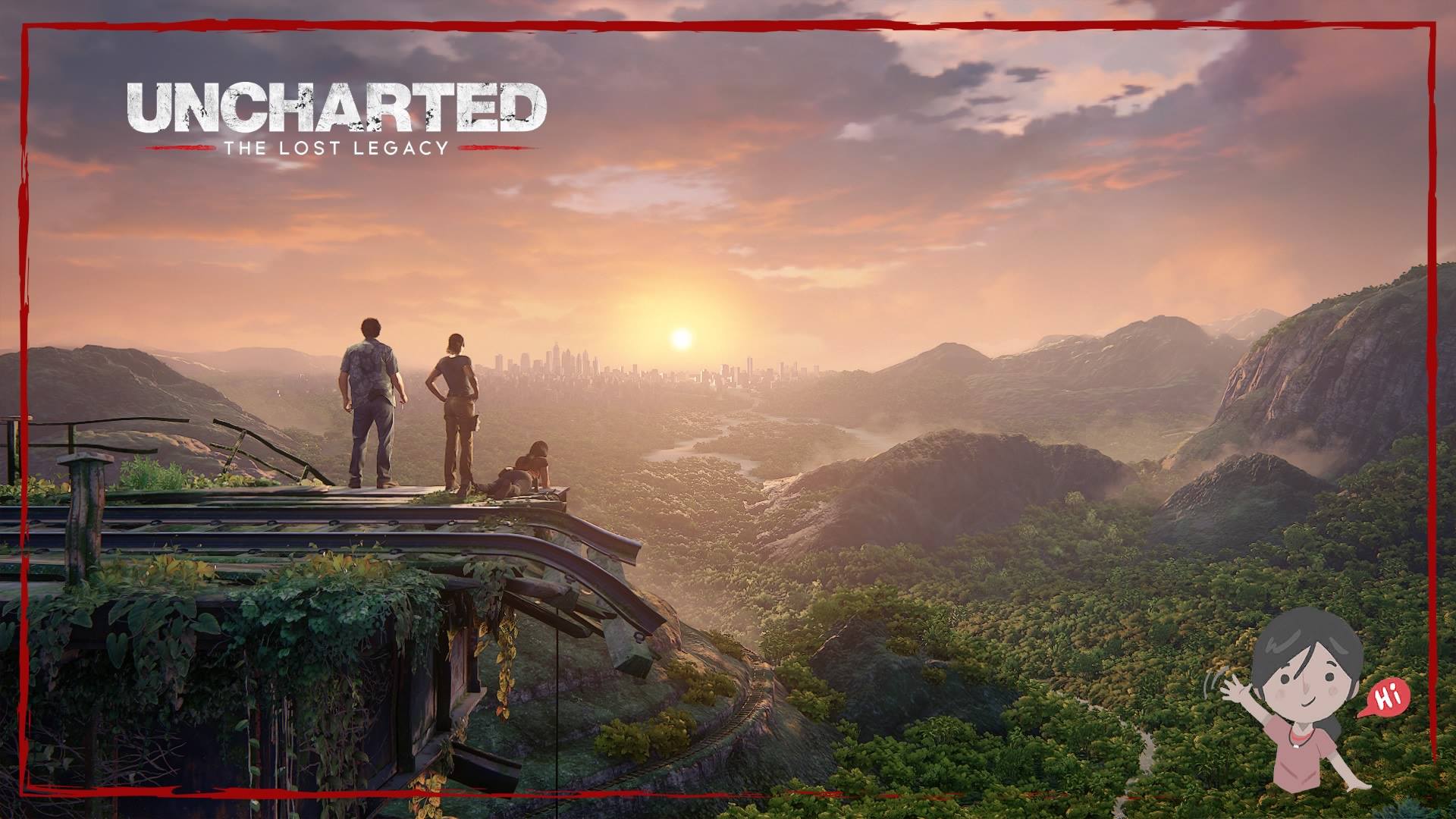 The Train Sequence and the Final Battle

This is probably one of the best moments in the game. Chloe and Nadine were chasing down the train that Asav unleashed onto the city which was holding bombs that could level the town. As they got to the end of the bridge they confronted Asav and defeated him in a 2 on 1 fist fight. The train drops down from the bridge and we get one of the most beautiful sunset scenes from the game.

So there you have it, those are my top 5 moments. Which were yours? Let us know in the comments. And if you haven’t already, check out my review for Uncharted: The Lost Legacy here.