Are you looking for games to buy next month? Here are the top games releasing in April 2022. 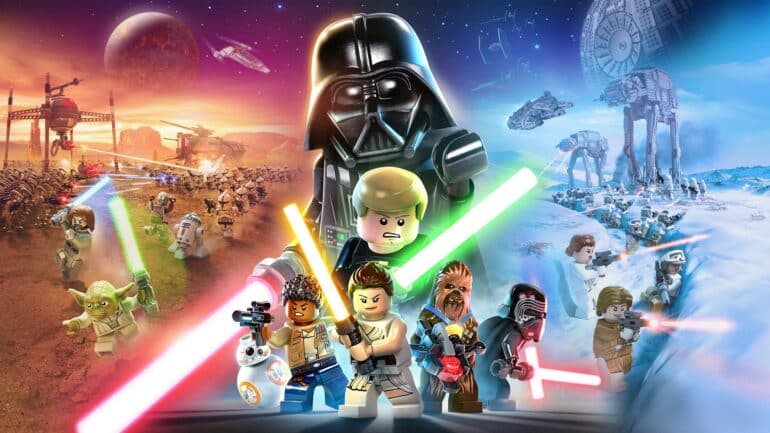 April 2022 is finally here. And if I’m being honest, after the killer month of February, it felt like we were overdue a chill and relaxed month of game releases. But don’t sleep on April too much, there are plenty of releases that’ll satisfy fans of practically every genre.

April may not have big game releases but there should be enough here to keep you occupied while you have unfinished business from the games you haven’t finished since late February.

Here are the best games in April 2022 you might want to keep an eye on this month.

We’re starting off the list with a game that’s coming out on April 1st, and no it’s not a joke. t”ERROR”bane, yes, that’s how the title is supposed to be pronounced is a JRPG whose central idea revolves around computer errors, and the various ways can be used as an actual gameplay feature. It’s weird, it’s trippy and yet compelling at the same time. tERRORbane is set to release on PC (via Steam) and Nintendo Switch.

Technically a March release but we’ve known so little up until now that it can be considered an April release. Anyways, this is Midnight Ghost Hunt.

Like all the games in the Lego franchise, Lego Star Wars: The Skywalker Saga is a light-hearted take on the Star Wars films. This time, players get to play through all nine Star Wars films focusing on events in relation to members of the Skywalker family. Expect fun-filled adventures, whimsical humor, and the freedom to explore the Galaxy Far-Far Away at your leisure. Lego Star Wars: The Skywalker Saga is set to release on the PS4, PS5, Xbox One, Xbox Series X|S, Nintendo Switch, and PC (via Steam)

MLB The Show, as a franchise, had been growing for quite a bit now. So much so that we wish that other sports titles follow suit with the level of improvement this series goes through year after year. This year, players have expanded options when it comes to customizing their stadium, hundreds of hours of newly recorded commentary, among other new features. Though players on the older generation of consoles won’t be able to enjoy the advances provided by next-gen consoles, they are nevertheless in for some of the best the series has to offer. MLB The Show 22 is set to release on PS4, PS5, Xbox One, Xbox Series X|S, and Nintendo Switch.

Considered as the spiritual successor to Chrono Trigger, Chrono Cross is finally getting a remastered release outside of Japan. Chrono Cross: The Radical Dreamers Edition tells the story of Serge as he transcends time and space to save himself and a dying world in a parallel universe. The game features updated HD graphics, higher-quality background of background music, and a host of quality of life changes. Chrono Cross Remasted is set to release on PS4, Xbox One, Nintendo Switch, and PC (via Steam)

The House of the Dead: Remake

The definitive zombie light gun rail shooter makes a return to the modern age. It’ll bring back all the things that we’ve come to know and love about the House of the Dead series, particularly the fast-moving zombies and area-specific damage on enemy models. The House of the Dead: Remake is set to release exclusively on the Nintendo Switch.

A top-down shooter with plenty a lot of tactical outplay potential, Uragun looks great and the game will players on their feet with all the ways players need to outmaneuver and outgun waves of different enemy types. Uragun is set to release on PS4, Xbox One, Nintendo Switch, and PC (via Steam Early Access).

Everything is better with pets, right? In Cat Cafe Manager players are tasked to revitalize their grandmother’s old cafe and turn it into a cat lover’s paradise. You need to hire staff, befriend the local townspeople, and uncover a mystery involving… what else? Cats. Cat Cafe Manager is set to release on the Nintendo Switch and PC (via Steam).

Ghostlore is an Action-RPG where players fight monsters inspired by Southeast-Asian folklore. The self-proclaimed ‘Eastpunk’ game from Singaporean developers Andrew and Adam Teo takes the classic ARPG features and mixes elements of Southeast Asian culture in all aspects of the game. Ghostlore is set to release on PC (via Steam).

The Iron Oath lets players command, endure, and proper as a group of mercenaries trying to find glory and torture in an unforgiving world. Lead your band mercenaries as they age, retire, and die. Live through the ages of an ever-changing world the only enemy that cannot be defeated with a sword and shield, time itself continues to crawl forward. The Iron Oath is set to release on PC (via Steam Early Access).

Advertised as the most immersive and authentic MotoGP gaming experience, MotoGP 22 offers more than 120 riders, over 20 official circuits, and more. And for the first time ever in the franchise, you and a friend can enjoy challenging each other in split-screen multiplayer. MotoGP 22 is set to release on the PS4, PS5, Xbox One, Xbox Series X|S, Nintendo Switch, and PC (via Steam).

A direct sequel to the Neogeo game from 1999, Ganryu 2 is a 2D pixel art side-scrolling action platformer where players take on the role of Miyamoto Musashi as he travels through a 17th-century fantasy Japan. Fighting everything from ninja to demons. Ganryu 2 is set to release on PC (via Steam).

In Serpent Rogue, players must master the art of alchemy, explore forgotten lands, and protect the realm from a fast-approaching disaster. Craft, brew, and concoct potions that will help you get past various dangers. You can even use knowledge to transform you and other creatures into other things. The Serpent Rogue is to release on PS5, Xbox Series X|S, Nintendo Switch, and PC (via Steam).

And that’s it for our list of top games coming out in April 2022. Check back with us for more news of surprise releases as the month progresses.