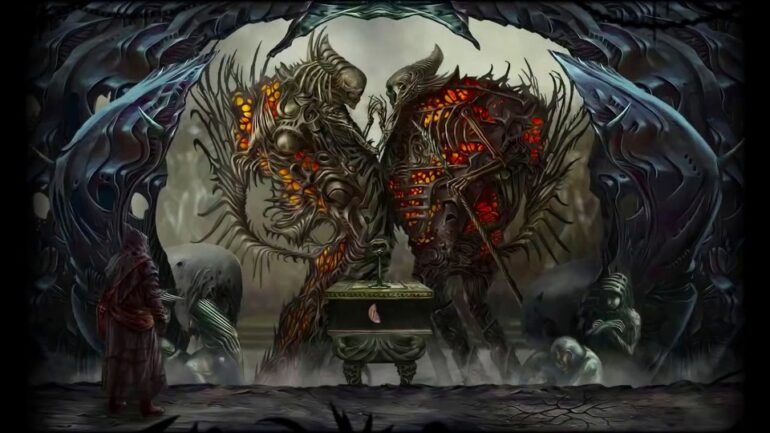 This review is running a bit late since the game’s release last March 4, 2015. But as a casual gamer, I often find myself stumbling upon the multitude of choices among the games during this Indie-Gaming era. As I went through the list of games, TORMENTUM – Dark Sorrow, developed by OhNoo Studio, “caught my eye”.

Yes, the number one feature that draws people into wanting to play this game is the artwork. Even with just screenshots of the game and the trailer, one can say that the developers invested so much into beautifying this game. The game has 75 hand-painted stages with over a hundred additional screens.

For players who are interested about the origin and inspiration behind the artwork, those were the works of painters H.R. Giger and Zdzislaw Beksinski. The game’s overall look and feel was strongly influenced by the Dark Seed videogame series, credits to the same artist H.R. Giger, who’s more popularly known for his design on the Necromorph monster in the movie Alien. 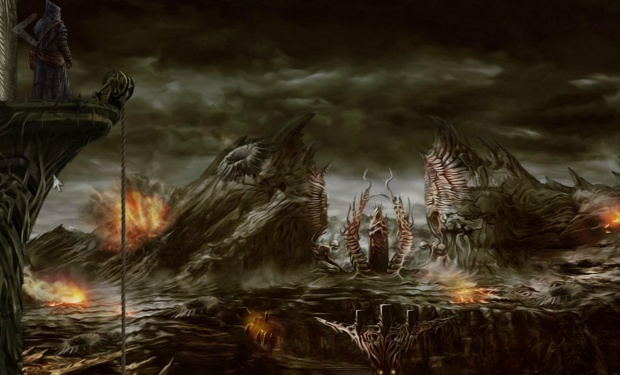 Graphically, one would never be disappointed or disinterested as the game is full of visually stunning details. There is no scene or transition in the game where objects were skimped or reused. The combination of styles from both artists successfully created a surreal environment, or better yet, as how the developers described it – a dreamlike, nightmarish atmosphere.

The game boasts of an exceptional soundtrack with over 40 tracks. Most often the music is creepy, but it matches the atmosphere of the game, which is actually pretty good. I would have given this aspect a higher rating if voice acting was included in the game.

Tormentum is a dark point-and-click adventure game. By dark, I don’t mean horror. The game lacks the necessary jump scares for it to qualify under horror or thriller. The word “dark”, aside from the artwork, mainly refers to the sinister and morally-twisted story that the game tried to portray. The game included quotes and several passages that depicted tragedy, and philosophical undertakings.

It’s a traditional point-and-click game wherein the player has to move along from one area to another to unlock new stages. There are 24 varied logical puzzles and minigames along the way, and items that need to be collected. There are no onscreen hints except when objects glow when you hover your mouse over them. The characters in the game are one-dimensional and their repetitive movements make it look like a flash game.

The game has 3 realms. Throughout the game, players will encounter people and creatures with unique stories. These characters will help you or try to prevent you from reaching your goal. However, the game’s lack of narrative fails to provide players a clear understanding on the goals of the game.

The gameplay is pretty much very simple. One cannot proceed to the next stage if the current one is not finished. Good thing about it is that backtracking is kept to a minimum, but the bad thing is if you’re stuck with a puzzle, you cannot proceed until you figure it out. The difficulty level varies for every stage, and since the game is not timebound, players are not challenged or plagued with the pressing need to finish a stage quickly. 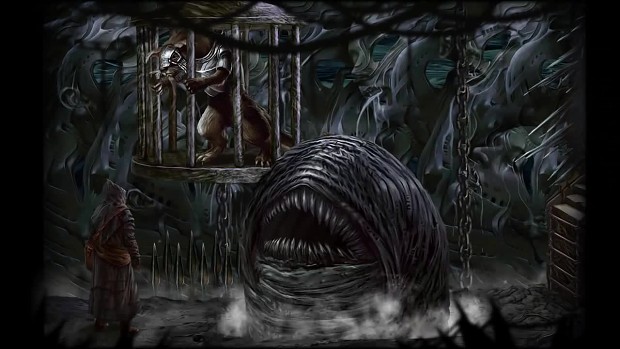 As for the replay value, one must note that every moral decision the player will make in the game will will affect the game’s ending. One wrong choice will actually make the player “lose” the game, and by losing means not passing judgment, and will condemn the protagonist to the depths of hell. There is no manual save button or checkpoints that you can go back to in case you make a wrong decision, so one is left with no choice but to replay the game from the start to achieve redemption. There are also 34 achievements that you can unlock.