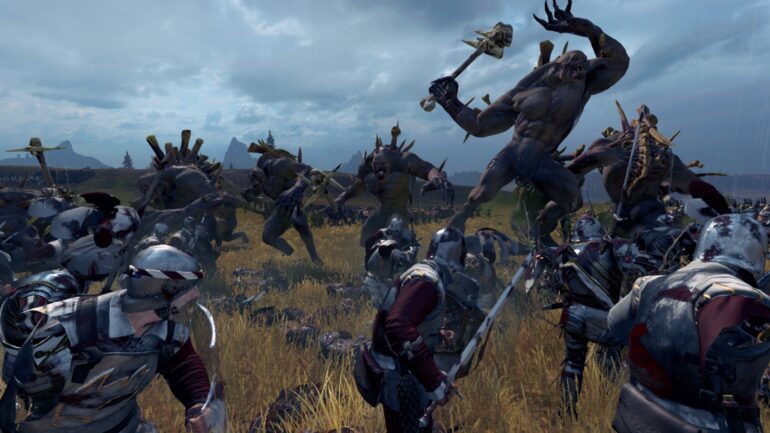 In the area of epic scale real time strategy games, there is the Total War series developed by Creative Assembly. The main stay of their games are set during historic eras and conflicts such as the Middle Ages, Napoleonic Wars, Sengoku Era, and others. For the first time ever, they have expanded from a realistic setting into a fantasy one, namely the world of Warhammer Fantasy. So how well has Creative Assembly brought the world to life? Surprisingly well.

The world of Warhammer is very different from our own, namely and evidently is the presence of magic and other races such as Orks, Dwarfs and Vampires. In a gameplay perspective, this makes the various races unique compared to the normally symmetric fare that previous titles had. Most of the various nations, states, realms and what not only differed in certain bonuses like better type of soldiers like cavalry or more tax generation along with several re-skinned units with slightly different stats, but either than that, you can apply the same strategy game after game. Jumping into a fantasy world changed it up in a significantly good way, by not only introducing very visually different races, but also massive differences to the races itself. The Empire are humans, and can be described as a jack of all trades and master of some.

They have relatively strong foot units and cavalry along with decent magic abilities when a war breaks out, but their strength lies in diplomacy. Orks are a mob, brutish and blunt, thus this is reflected by their big muscular models and aggressive play style.
Magic abilities are also different per faction, but play with the idea of buffs, debuffs, area of effect damage spells and more. The Vampire Counts for example can summon zombies from the dead on the battlefield, the Orks can call on their God Mork to stomp on an area of the battlefield, and the Empire can melt the armor off units. While it may sound gamebreaking, Creative Assembly has done a lot of balancing to keep magic in check, and play primarily a support role. Some of the powerful magic abilities are tied to specific units such as legendary lords like Balthasar Gelt and Manfred von Carstein. 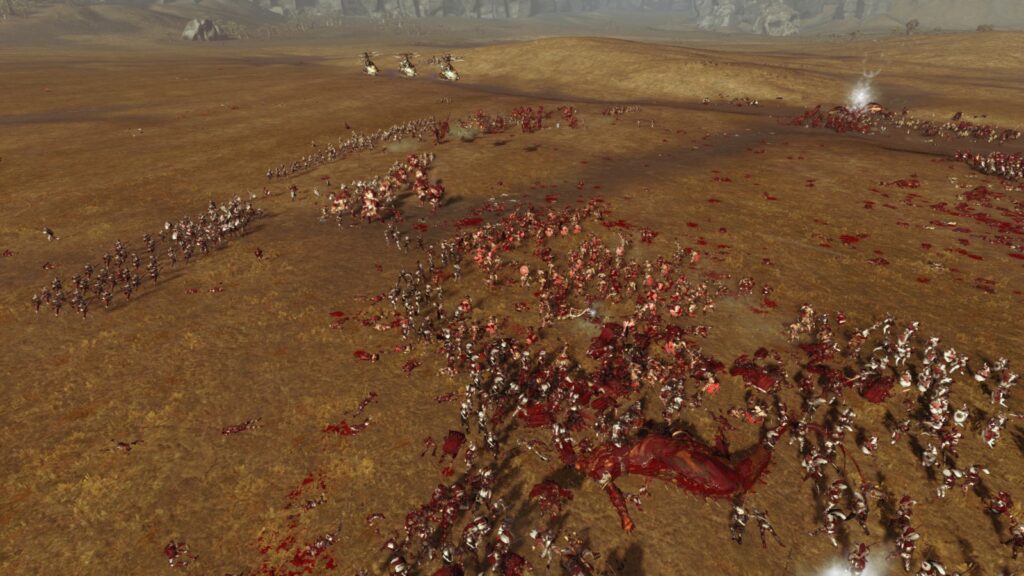 Legendary lords are the generals of the army and are now just a single unit, but that does not mean they are push-overs as they can hold their own in a melee unless they are a magic user. Of course though, you would not want to lose a legendary lord as they are the leaders of each faction and more often than not would spell doom in the Grand Campaign. Heroes on the other hand are plentiful, and are both agents and usable units in battle.

As in previous Total War games, agents are special characters with unique abilities that roam the grand campaign map, often causing chaos in enemy territory or preventing said chaos from other agents. They can also embedded into armies, granting certain buffs, but in Warhammer they appear as an actual unit in battle and are pretty much a sub-commander unit. Depending on what type of hero you bring, it can be simply a grizzled sergeant which inspire men to fire wielding blight wizards that rain fire everywhere, and that is just for the Empire faction! Each hero varies from the different factions and have different abilities to boot. The downside though is that they no longer occupy a special agent slot, but rather take up a unit slot. So it comes down to choosing to bring a hero unit or a regular unit.

Total War games have always been known for the grand scale, with many units on screen fighting all at the same time, and Total War: Warhammer does have that scale with the continious improvements Creative Assembly have done to the game engine. Units are detailed and gone is the sudden transition of models used at various distances, as the transitions are much more smoother. The maps in game also benefit from the matured technology, in addition to being based on a fantasy world, making the different maps vibrant and have their own unique locales from towering castles towns, to sharp rocky valleys and even underground. To add to this sound has always played an important aspect, as it adds so much more depth when viewing units in a melee with the clash of swords and yells. 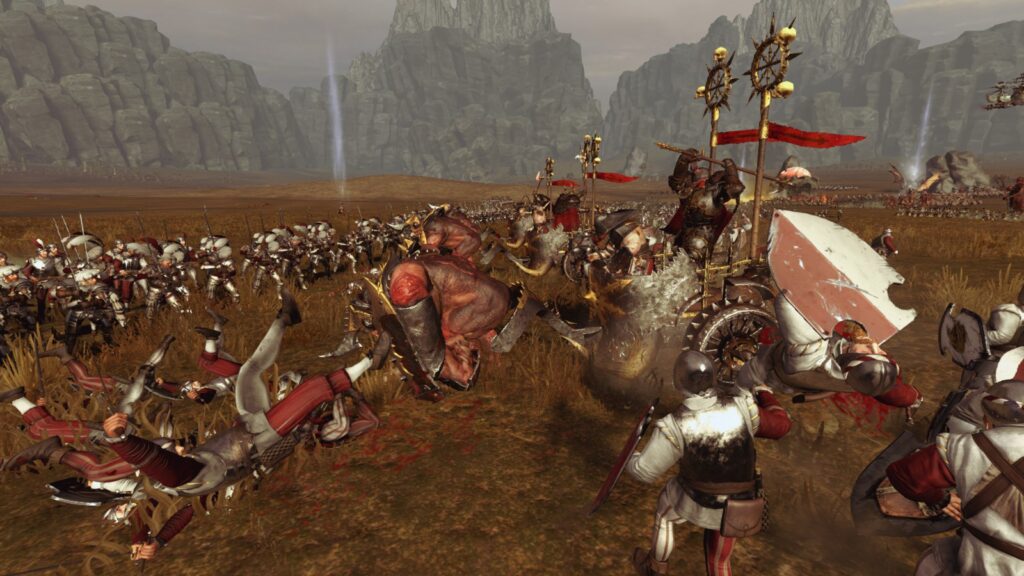 Total War: Warhammer is definitely a better Total War at launch than the problematic Total War: Rome 2, it is a noticeably simpler Total War game lacking a fair amount of the nuances of older titles in favor of what seems to be faster gameplay. The comparative size of the various maps are much smaller and tighter, letting skirmishes and fights break out earlier due to the close proximity of the fighting armies. To add to that, every settlement or town, bar provincial capitals, are fought on open field battles that seige battles. Gone too is the need to orient range units into organize firing lines to maximize their firing potential, but it is replaced by careful unit positioning. It is a simpler and streamlined game, but it is not a bad entry to the Total War series comparing it to Rome 2’s abysmal launch.

Total War: Warhammer is more like that starting set you get in the tabletop, you start with it, you play it to death then you start expanding and getting the other parts of the game. It is a good base which more can be built and expanded upon, and with the planned list of expansions being very long and the active modding community, there is no doubt the game will eventually get to be a great game.