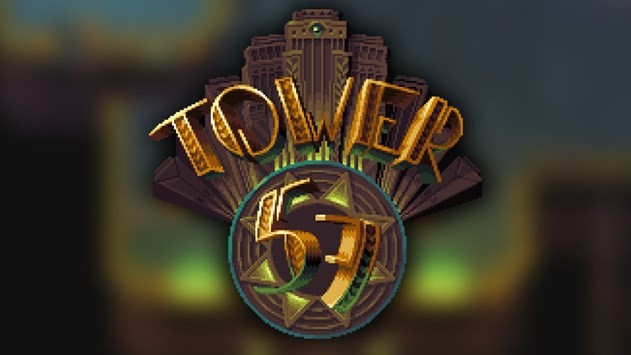 There are just some games that like to pay a homage to the past.

Tower 57 is what one could consider retro with its pixel styled graphics with themes inspired by dieselpunk theme. Players may find themselves odd reminiscing the Fallout franchise.

The plot of the game revolves around the titular Tower 57. In this dystopian world where the only remnants of society left are in these mega towers, an extraordinary task force is sent to investigate Tower 57 and uncover its secrets. 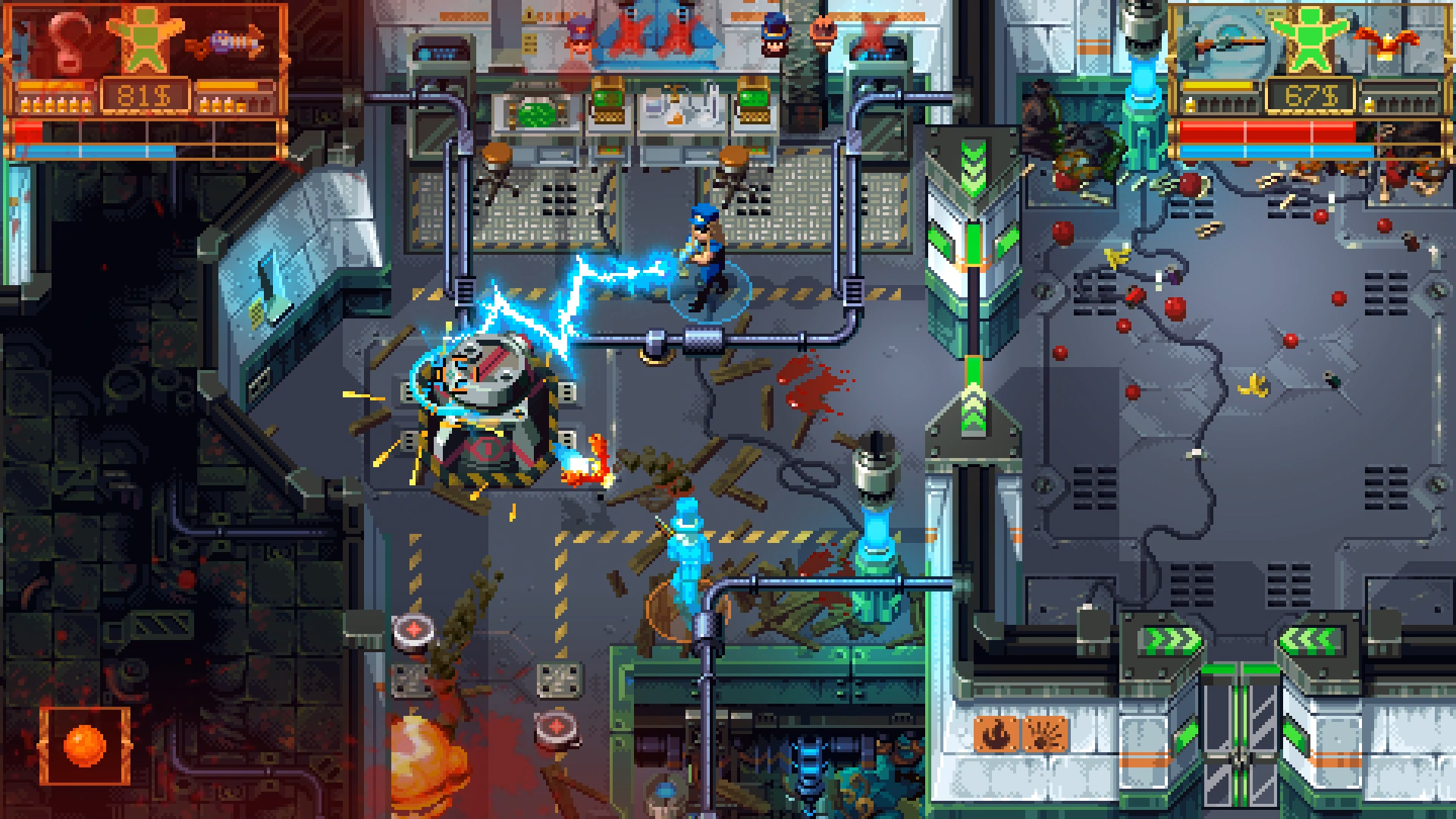 Tower 57 is a twin-stick, top-down shooter. Its gameplay is similar to that of old-school classics such as The Zombies Ate My Neighbor, Alien Shooter, and Hotline Miami.

Players will more often find themselves fighting monsters of all kinds, exploring areas, and just blowing stuff up. With this kind of premise, it’s more akin and similar to a top-down shooter of the Fallout franchise.

Despite being set in in a futuristic dystopian setting, Tower 57 is strangely comical in its delivery. Most of the dialogue and texts you’ll read are more played for satirical humor than anything truly gross, gritty, or horrifying. It can be a welcome change for some to play a futuristic dystopian game that isn’t too depressing. 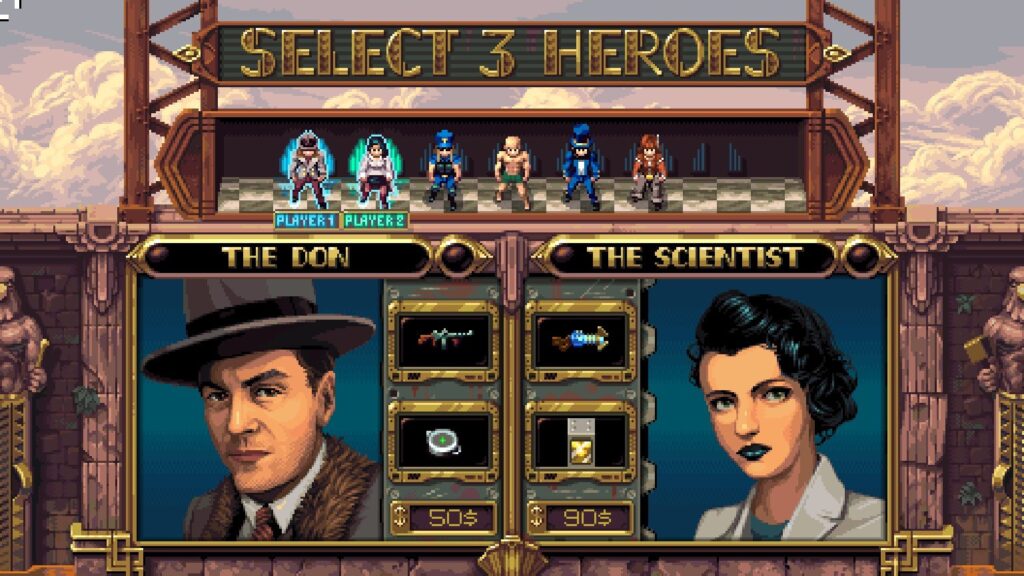 At the start of the game, you have an option of picking three out of six characters. Each character has their own individual equipment and specials that only they can use.

As for gameplay, it’s basically everything you could expect from a top-down shooter. Tower 57 isn’t anything grandiose or groundbreaking, but it is entertaining and fun to play for those who want a fun experience.

Tower 57 is available in solo or co-op. Play by yourself or with a friend. Blast through enemies with wacky weapons collected throughout the stage and upgrade your characters to becoming nigh unstoppable forces of nature. 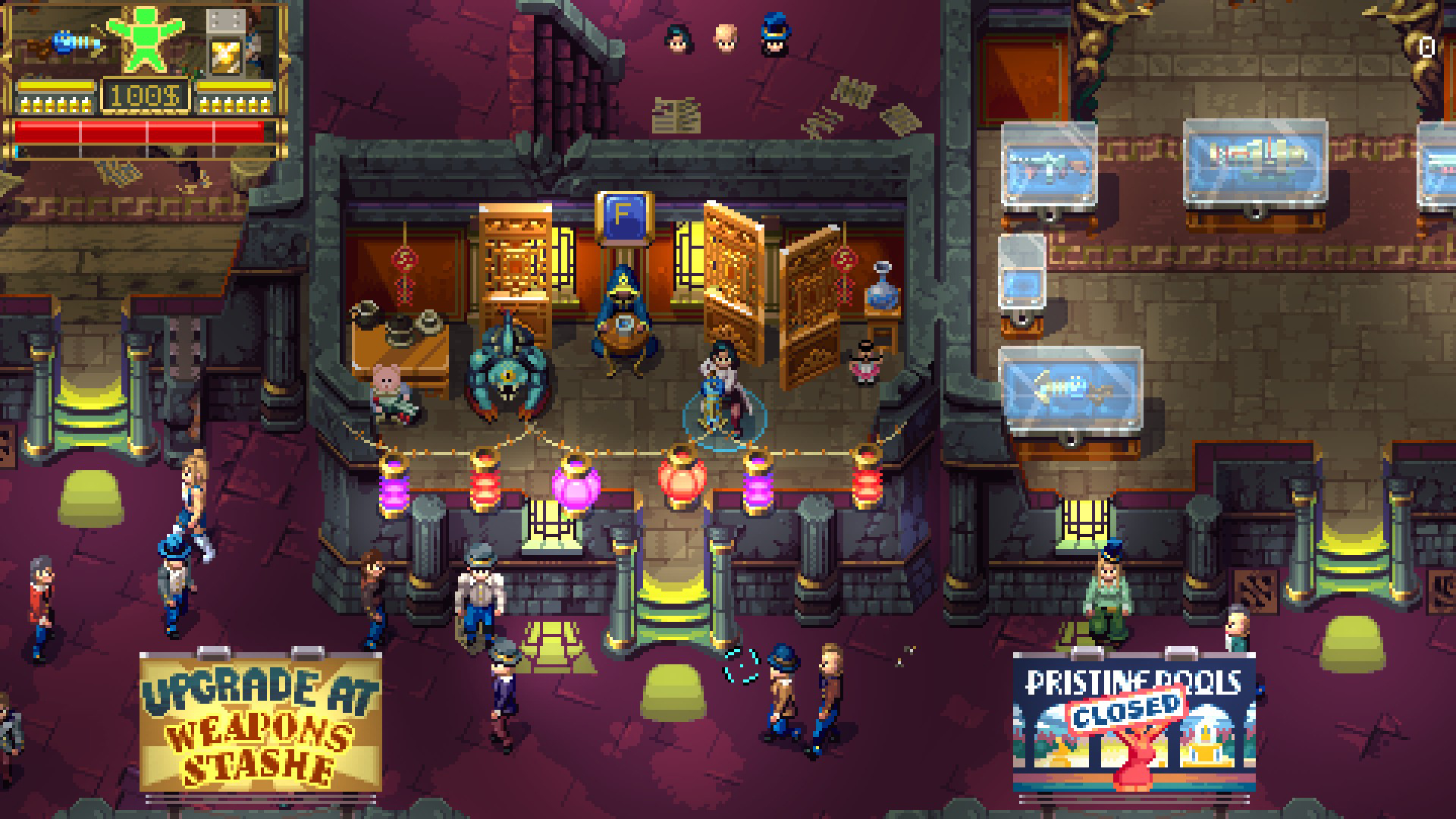 Enemies in Tower 57 vary greatly, and each of them has their own means of taking you down. You’re able to evade by dashing away from incoming enemy attacks which will be your main way to avoid damage most of the time.

Dying in Tower 57 just means you have to change characters and you’re unable to use that said character for a while. Interestingly enough, having limbs chopped off doesn’t only apply to enemy hostiles but to your character as well. If you lose an arm or a leg, you’re forced to go along your way, hopping or crawling, till you reach a vending machine that offers robotic limbs as replacements with their own upgrades. Of course, you don’t have to wait till your limbs get chopped off to get them as you can replace them anytime you want.

Tower  57 is a great game for those who are looking for an old-fashioned top-down shooter. It may not be something that this generation of gamers can enjoy, but it’s something that can be a great homage to the classic arcade games of the 90’s. 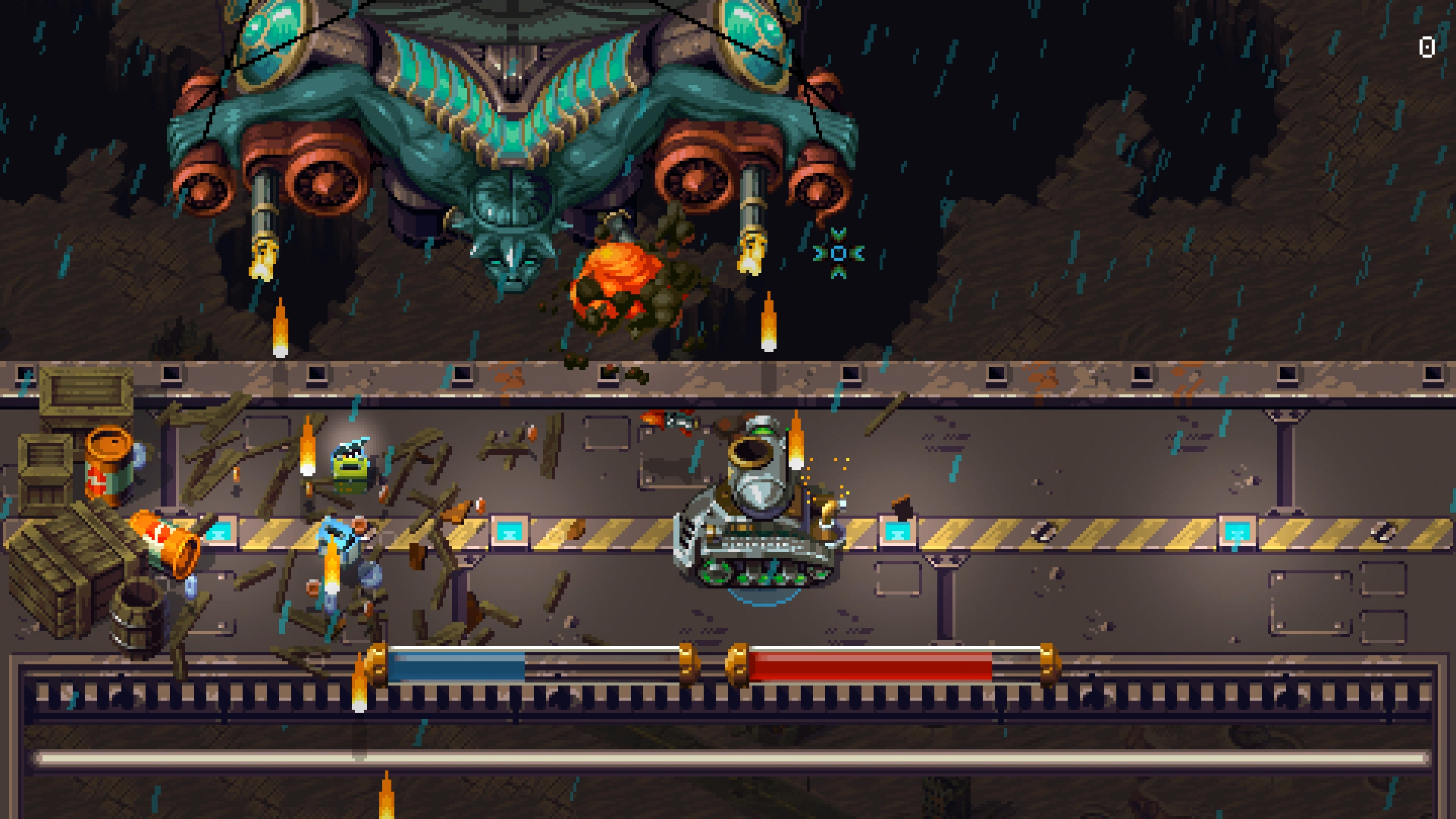 Tower 57 - Review
Score Definition
May it be the likes of Shadow of the Colossus or Metal Gear Solid, if it’s quite there but not enough to push the boundaries, it’s still an awesome game.
Pros
Great Twin Stick/Top-down Shooter
Fantastic Retro Styled Art
Co-op Mode
Wacky Weapons and Upgrades
Cons
Might Not Be For This Generation Of Gamers
9
Excellent