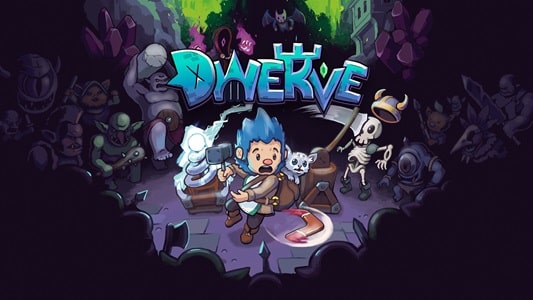 Developer Half Human Games has announced that their tower defense dungeon crawler, Dwerve, releases on PC (via Steam) today.

We call upon brave tinkerers to arm themselves with turrets and traps to fend off the hordes invading the surface!

To prepare yourselves for this fantasy adventure, watch the newly forged launch trailer.

A tower defense dungeon crawler RPG where you play as a young dwarf tinkerer who adventures into a ruined kingdom and unearths the lost technologies of the ancient warsmiths: turrets and traps. These are the only weapons that can protect the dwarves from Witch-Queen Vandra and her army of bloodthirsty trolls and monstrous creatures hellbent on conquering the surface.

Dwerve is out now on Steam! A Nintendo Switch release is promised for a later date.