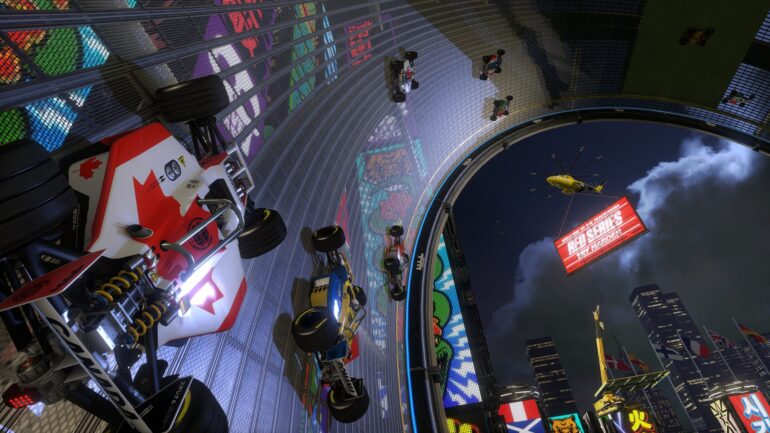 In every race track there is one thing in common: time. Trackmania Turbo, an arcade-style racer, still gives this arcady-feel where players have to beat time scores and see how fast they are in the tracks. Developed by Nadeo, the mechanics of the game has really been loyal to the previous Trackmania titles: BE FASTER. In racing, what really matters is getting off the tracks and beating every opponent, but Trackmania takes you to a whole new level of what racing should be. Honestly speaking, this is my first time reviewing a Trackmania game but I have played certain racing games but in so far as my experience goes, Trackmania is a whole new different racer game.

Trackmania Turbo offers some unique game modes. Campaign allows you to play solo or with a friend on Double Driver Campaign. The game offers 200 unique tracks and 4 unique environments: Canyon Grand Drift, Rollercoaster Lagoon, Down & Dirty Valley, and the International Stadium. There are 4 cars for specific environments that can handle its own zone like the F1-style vehicle that can only be played on the International Stadium tracks. 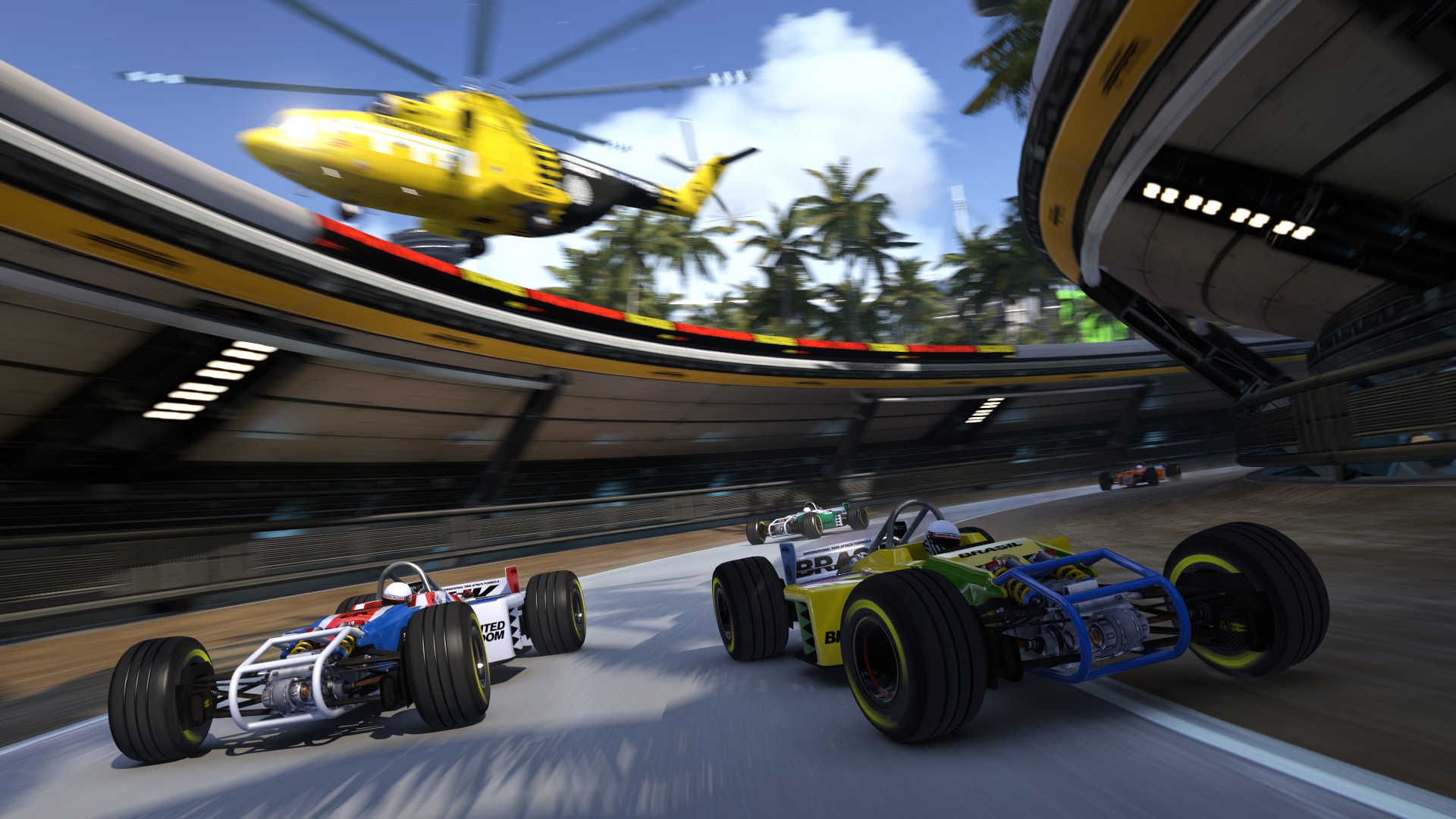 First off, we start at Canyon Grand Drift; it’s a place where players have more drifting moments in those beating-those-time tracks. But what I personally like is the Rollercoaster Lagoon, the rollercoaster tracks give the player an over the edge climax just like when we say “wooooooo” when we ride rollercoasters. The visuals of the game really shine with those sparkling-blue waters, lovely plateaus and other landforms.

The game is what you can describe as “practice makes perfect” – it intimidates you with those easy tracks that are almost impossible to hit a Gold medal with. It makes you hit that restart button almost half a dozen times to be ahead with that Gold medalist ghost A.I. Yes, ghosts. Instead of adding a couple of A.I controlled cars, Nadeo decided to put ghost-like A.I that shows you how to get a Gold medal. And every time you actually beat the game, but wanted to “Improve” on your performance, another ghost appears – which is an imitation of how you finished the race.

You go on high-turbo mode on those boost-pads which makes it possible for those impossible obstacles. But speed is not always the key in Trackmania Turbo. It needs constant awareness as a slight 0.40s brake can already cause you to fail on hitting that Gold medal. Yes, this is how challenging the game could be. It makes you think of different ways on how to go about those turns if you need to drift or whether to just lower your speed without hitting that break button. 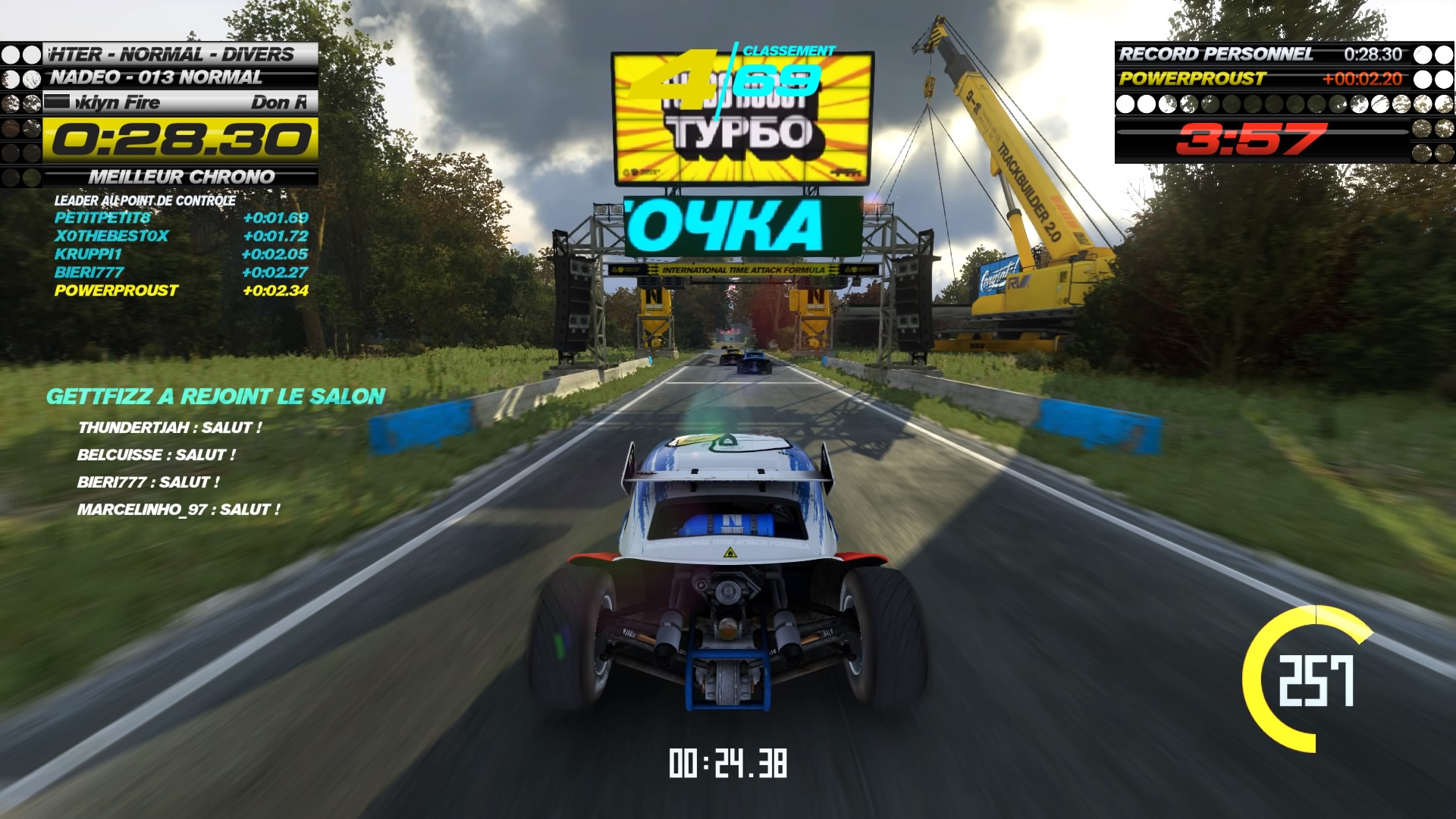 Every race track offers a lot of different challenges. You get to be annoyed by those small artifacts or blocks that bumps you off the track and forces you to restart. Especially on that one track I played on the Canyon Grand Drift where I had to make a great u-turn and got bumped into that statue every time. It’s annoying yet fun to retry. The controls in a racing game are really important, and in Trackmania Turbo, the controls are fairly easy to learn even for new players in the franchise.

Multiplayer is the main purpose of the Trackmania series. As a newcomer in the world of Trackmania, all I expected was that the game had similarities to your typical off-road racing game with A.I controlled cars as your opponents, and when you get into the multiplayer side you get to face-off against players side-by-side and bumping each other off the track to steal that #1 spot. But no, with the natural complexity of Trackmania, the game provides real-time experience with no lag to the players. Why is that? Because the players you’re up against in a match are like ghosts. You can’t hit them off the road or even destroy their cars, all of you will only have one goal and that is to beat the best lap/finish time. 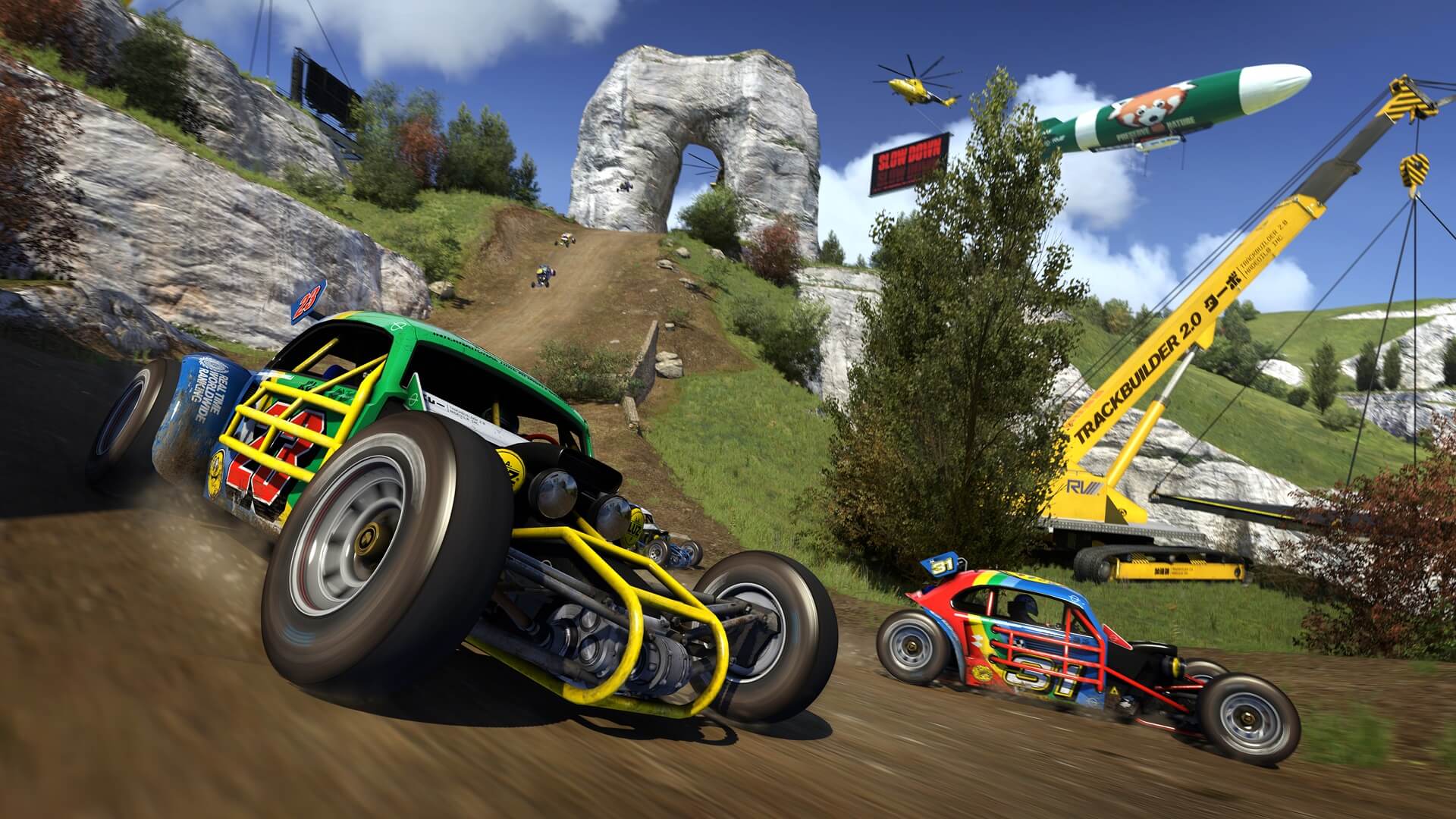 Time attack is my all-time favorite in this game since you get to beat the best finish/lap time all over and over again until the time limit is finished in multiplayer. The real challenge is that you really need to hit that almost impossible fastest time to secure that #1 spot in the match or else you get to be beaten by another player for only 0.01 second.

Trackmania Turbo also provides customizations to your vehicles but it’s fairly limited to Paintwork, Logo, Mascots, Flag, and Material. You can’t change how the bumper, wheels, or spoilers would look like. As what I said it’s very limited and it could have been more fun to have the customization to be more diverse because this is one aspect in a racing game wherein you can show off your masterpiece car.

With all awesomeness and exciting gameplay of Trackmania Turbo, it is your type of racing game where you get to be hooked up again to just play and beat those damn scores. You want to be best in the world or in your country? Then be sure to get into the driver’s seat and fasten your seatbelt as this will be one hell of a ride!

This review is based off the review code provided by the publisher/developer.