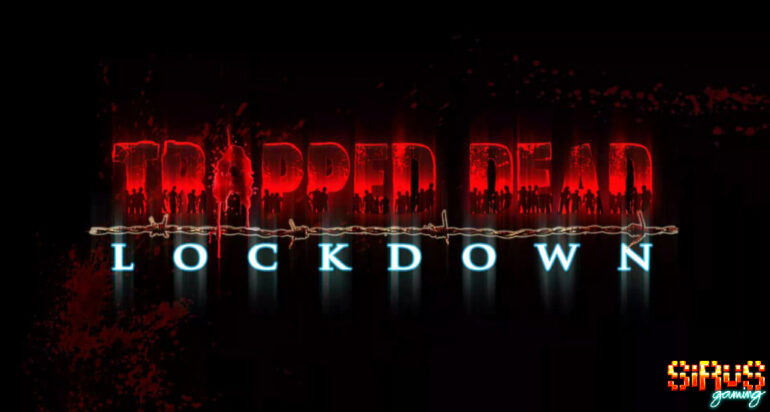 Survive the onslaught of the undead apocalypse

Trapped Dead: Lockdown is a hack-and-slash action RPG game developed by Bigmoon Studios, that revolves around- you’ve guessed it- zombies. In Trapped Dead: Lockdown, you traverse the urban city locked down by the government forces due to an ongoing zombie infestation. You can choose to wreck a zombie’s day however you like with the array of weapons available for your characters to use. The zombies come in different forms so you’ll have t o mix-and-match the weapons you wield to best suit the carnage you are aiming to do.

In Trapped Dead: Lockdown, there are five different characters to choose from, each with their own set of skills and backstories. With your character’s agenda as your main driving point, you make your way through the hordes of zombies while encountering different objectives and meeting NPCs that need your help. You will also learn the story behind the zombie apocalypse along the way as you get closer and closer to your goal.

Trapped Dead: Lockdown is a straightforward zombie apocalypse wreck-em-upper with RPG elements such as character specific skills and skill mastery, experience and leveling up mechanics, quests set by NPCs, etc. And by straightforward, it really is straightforward; no fuss, no other comprehensive mechanics to deal with. You just kill zombies that are in your way, gain enough experience from them to level up, allocate those newly gained stats and skill points, rinse and repeat. You can gather weapons and ammo from zombies as loot or buy them from a hobo and maybe pick up a steak and an orange, too, for healing purposes. You start off by choosing a character from the five available classes and follow their story, be it about searching for your lost daughter or being hell-bent on locating your assigned target.

The quests, aside from your main quest, that are given to you by the NPCs are pretty much needed to be accomplished to progress further into the game and they are the same quests per stage regardless of what character you chose. Sad to say, most of the quests are the typical “fetch me this” quests which tend to get old and tiring really fast, not to mention frustrating at times. There are also escorting quests and stage clearing quests but most of them don’t really pose much of a challenge. Some of the boss fights, however, require a bit of strategic confrontation, and by strategic confrontation, it only goes as simple as killing the mook zombies first and then going for the boss zombie while spamming the heal button to negate the damage and doing some running action. SPOILER ALERT! AVERT YOUR EYES TOWARDS THE NEXT PARAGRAPH NOW! The final boss fight is devastatingly underwhelming, to say the least. You can just use one of your skills that grant you an almost impenetrable defense buff, spam your strongest melee attack, run around in circles or use a camouflage (assassin skill) when your buff runs out and you need to wait for the skill to cool down before using it again, and repeat the process until you kill the guy. (That was the most “strategic” tactic I did, in my playthrough, at least.)

There are plenty of enemy types in Trapped Dead: Lockdown. Of course, there are zombies. There are also dogs, a witch, rogue militia, zombie cheerleaders, soldiers, etc. You can even fight against tanks and helicopters by tasering them until they explode; just one of the things you can do to take down a large tank in this game when you can’t get a hold of a rocket launcher.

Graphics-wise, Trapped Dead: Lockdown is good. It isn’t “visually stunning”-tier good but its visuals are good enough to submerge its players into the apocalyptic scenario without overdoing it. The gore is there and some physics have been taken into consideration as seen on the flinging corpses. The cutscenes are short and sweet and the dialogues are good accompanied by some nice voice acting.

One of the things to be wary of is that the game still has some issues with bugs. There are quests that become impossible to complete due to the NPC not responding properly. It is understandable for zombies to run their faces against a wall until they stumble upon an opening to reach you, but not for uninfected healthy people, no. And I believe that soldiers can see farther than six feet from where they are standing and that it is not impossible for them to not see you even in the dark from that distance. Needless to say, the AI in this game still needs polishing. The interface in this game needs some reworking and streamlining, too. Some of the buttons don’t look like buttons and there are one too many prompt boxes when you try to leave the hobo’s shop. If players try to switch out weapons, they have to do it manually as there is no feature where you can pre-assign weapons for easy access. And if you try to open up the inventory or skills box, the game does not stop; the zombies are still moving but they won’t attack you unless you resume. The skills you have go off automatically with your attacks as long as you have enough stamina for it which is very bothersome when you have a skill that uses up a lot of stamina and you just want to break a box.

Story-wise, Trapped Dead: Lockdown is on the bland side. The characters’ stories are not that engaging which really made playing through and finishing the game a very dragging task. Character progression is minimal and the fact that it is going to be the same set of quests over and over again despite playing with a different character might discourage its players from playing as the other characters. The completionist achievements might help but not that much.

As a zombie game, Trapped Dead: Lockdown does it very decently as you can still have the fun of killing zombies and trying to survive the apocalypse. As an RPG, not really. It felt like playing an unfinished game with all the glitches and the areas that badly need improvement. Unfortunately, we cannot get the multiplayer function to work because of server issues. For a game with its price, Trapped Dead: Lockdown seems overpriced. If you really want to get the game, might as well wait for it to go on sale or ask someone to give it to you as a gift.

Trapped Dead: Lockdown still has some issues to deal with like the unresponsive controls and buggy AI. The multiplayer feature would have been a saving factor if not for the hard to reach servers. Still is a good zombie game.

This review is based off a copy provided by Bigmoon Studios.

Check out the Trapped Dead: Lockdown through Steam here.

Do you have a favorite part in the game? Drop your answer at the comments page below. (Mine was the part where I could ran over the zombies with cars.)