In the age where MMO’s compete over who has the most stunning visuals, it’s refreshing to see Tree of Savior go back to it’s roots with a visual style similar to long time fan-favorite MMO Ragnarok Online. Nostalgic appeal aside, does Tree of Savior have the same gameplay appeal that RO had all the years before that made it the gaming hit it was or does it fail to live up to the legacy?

At first glance, the most striking thing about Tree of Savior is the very heavily Ragnarok inspired style of 2D sprites in a beautifully rendered 3D environment. There are no shortage of wonderful vistas in the game world, from dreary underground prisons to lush and beautiful rainforests. That said, the game’s 2D sprites are also quite good looking themselves. Perhaps the only real blow to the game’s aesthetics are it’s rather stunted customization options. Accompanying it’s beautiful graphics is a phenomenal score. Tree of Savior can also definitely run powerful gaming computers by Fierce PC. 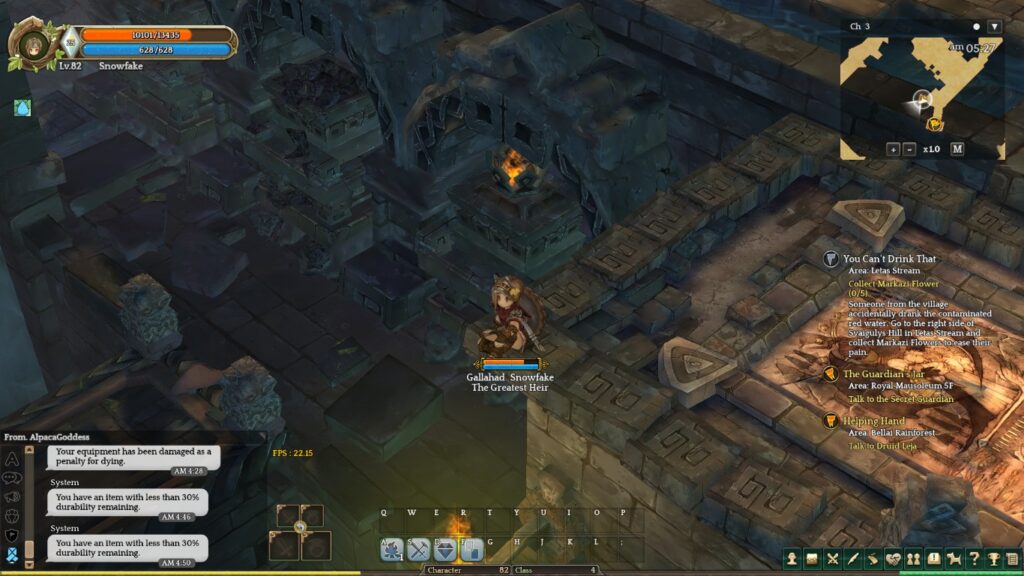 As for gameplay, Tree of Savior is played via keyboard or gamepad only, a rarity in most games framed with an isometric point of view. Players move around via arrow keys, attack with the Z button and jump with the X button. A hotkeybar is available for mapping the quick use of spells and items. While all completely remappable, it’s this control scheme that gives the game it’s fast paced combat. Aside from the wanton hack and slash that the game offers, one key concept in the combat system of Tree of Savior is positioning. Unlike other MMORPGs which have players just hacking away and dumping all their skills at the boss, the game makes sure that players keep their positioning in mind while playing. The proper use of movement and even the jump command can help players avoid devastating blows from bosses. The escalating increase of damage being dealt by bosses the further one progresses into the game makes it all the more vital to learn boss attack patterns and when the right time to strike is.

Supplementing the game’s combat are it’s 80 and above advertised classes. As the player progresses through their circles of professions, they unlock more and more classes which they are free to mix and match to achieve their desired build. As appealing as it seems, the game’s class system comes with it’s drawbacks. The first is that there is no method to reset your character’s stats or class choices outside of using real life currency. That said, players are encouraged to think very carefully of where they allocate their attributes lest they end up ultimately making a bad build which doesn’t really excel at anything. To add to that, with all their multiple classes available, the game has yet to properly optimize a few of the classes. Some classes while looking appealing on paper end up being lackluster in execution. This imbalance in class power often leads to players pursuing similar builds and ignoring some of the game’s classes altogether. 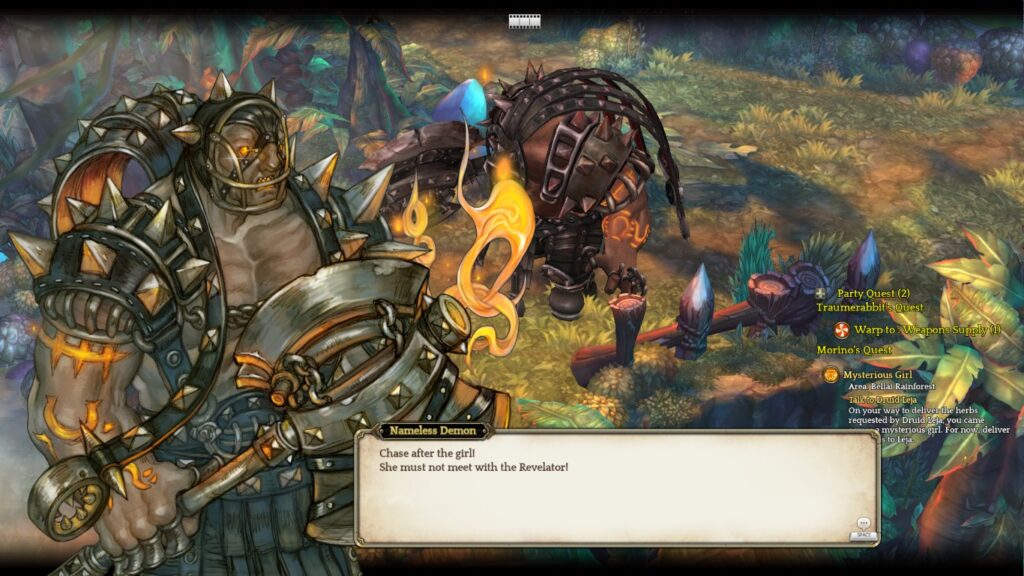 To add some diversity to the class system, some of the game’s classes offer special merchantile skills which allow them to offer their services to other players at the cost of silver. Classes such as squire which repairs armor and pardoner which allows them to sell their buffs in the form of skill scrolls allow for an alternative means of gaining income in the game. That said, one thing that the game seems to have difficulty in is it’s in-game economy. To combat the threat of players buying off silver (the in-game currency) with real money in real-world trades, the developers of the game made it impossible to trade silver among other players. This makes it quite difficult for any meaningful trade in-game among players besides bartering which pretty much defeats the purpose of having currency in-game.

The only other way to purchase goods from other players in-game is through the game’s market feature where players put up their goods for sale and wait for other players to buy it. The one thing that makes it difficult for Free to Play players is how restrictive the market is for them. For free players, they’re only allowed to host one item for sale at a time, have to wait two days before they can claim their silver, and are taxed at 30%. In contrast, premium players who posses tokens which are bought with TP, the game’s premium secondary currency, have distinctly less restrictions such as being able to receive their gains instantly, host up to ten items at the market, and only taxed with 10%. This is but the tip of the iceberg when it comes to premium benefits in-game. Token-holders earn 30% more experience from monsters, have slightly increased moving speed, and can learn attributes instantly. That said, the game isn’t strictly pay to win as free players can still just opt to grind out their gear and farm silver the hard way. 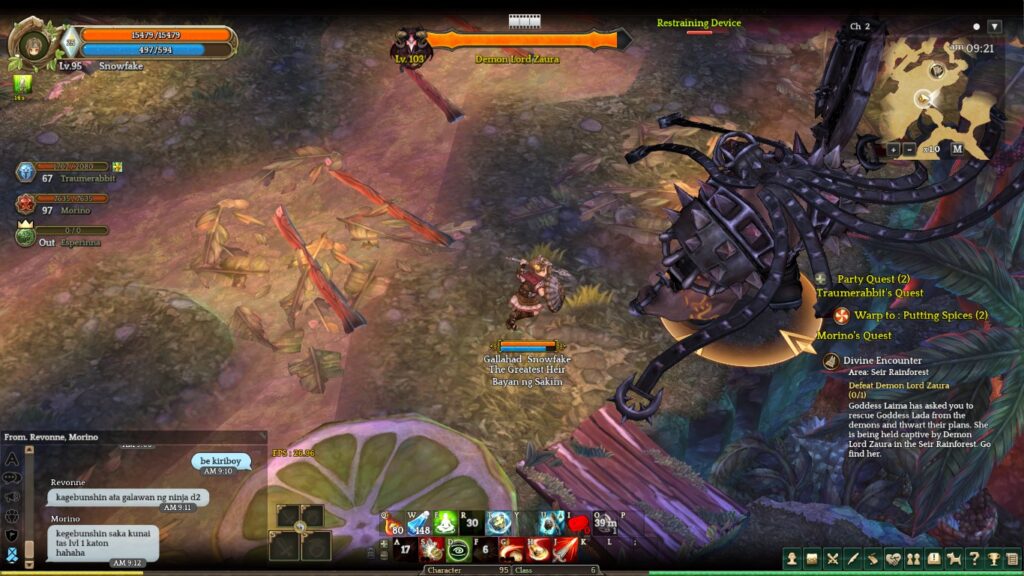 Overall, Tree of Savior is a fun and addictive MMORPG. The graphics look stunning for their visual style, the soundtrack is definitely A-Grade and the combat is fast paced and intuitive. The game’s classes offer plenty of options on how to progress, but careful thought must be put into them to avoid an un-optimized build. Admittedly, the game gets plenty grindy and repetitive once players hit the endgame, but as the game is still fresh from beta, players can look forward to more content being added to the game in the future. While the game gets a bit restrictive in some aspects when concerning the privileges of premium users enjoy over free players, patient players can still reap the full benefits of the game with enough grinding.

So in the end, is Tree of Savior a worthy successor to Ragnarok Online? Being made by the same minds who worked on Ragnarok, Tree of Savior manages to improve on a ton of gameplay aspects while preserving a lot of it’s spiritual predecessor’s charm. There are still plenty of aspects the game needs catching up on such as a more fleshed out guild system, better trade, and class rebalancing, but again, players can look forward to more content in the future as the game has just recently left beta. While it’s an enjoyably addicting online experienced, the game still has plenty of space it needs to grow into.

This review is based on the free-to-play version of the game.