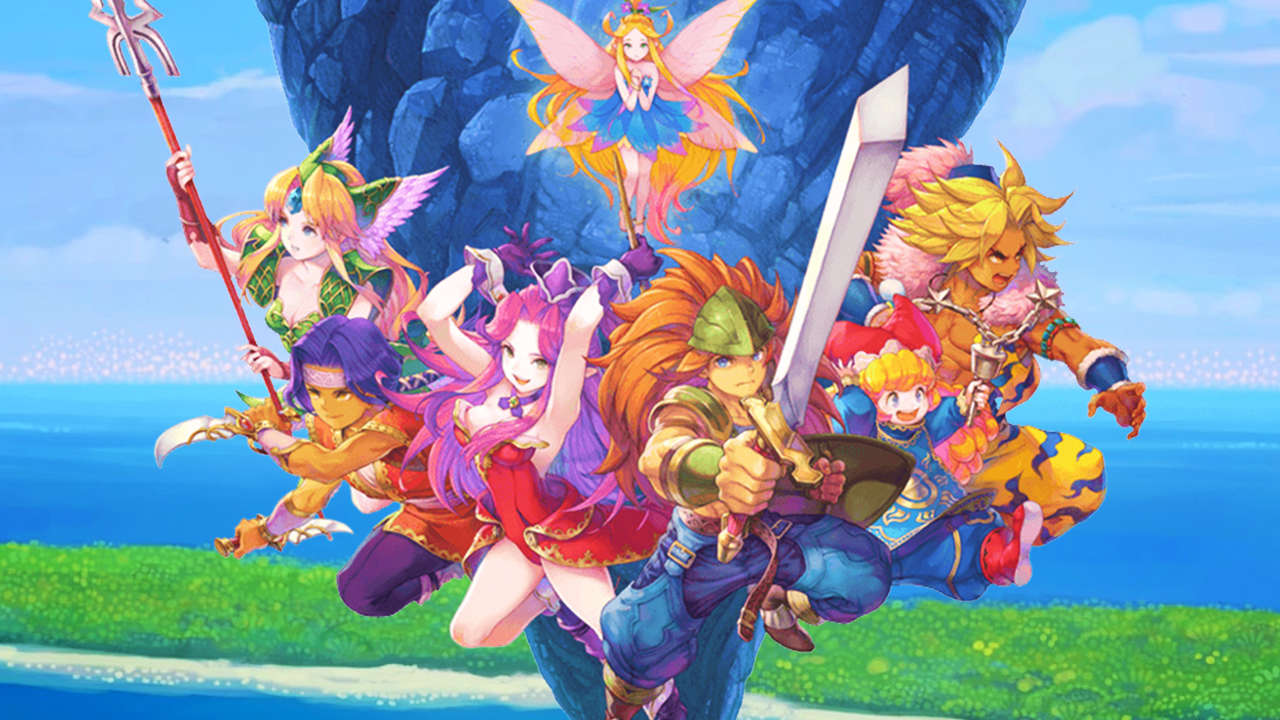 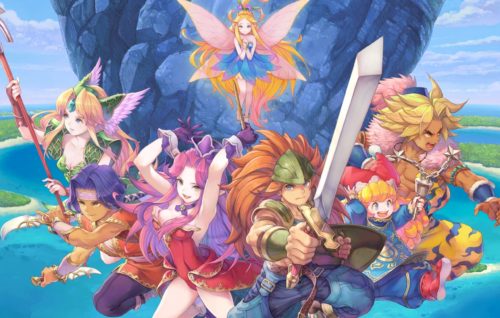 A game about gaining power and being able to save the world. Trials of Mana is the sequel to Secret of Mana and is the third game in the Mana series. I haven’t really played its predecessors so I can’t tell what differences are. I’m going to approach this review from a newcomer’s standpoint.

Trials of Mana is a remake of the original game all fully blown up into a fully 3D animated world. The game starts off by letting you choose between six playable characters. Each of them has their own unique skillsets and abilities. They can be leveled up into different classes while you progress further into the game. Players can also choose the main character for the entirety of their playthrough, and the other two will serve as your supporting characters.

You start off in the game by going through your main character’s background story. You will learn about why they will go on a journey to get the Mana Sword. They will encounter Faerie in their journey who will haunt your main character and declared that they will be with you until the very end or until they die.

You will then encounter your companions one by one and get to play their background story through a flashback sequence. In these flashback stories, you will gain control of the companion but the items you get from here won’t carry on to the present. It is nice though that they are able to let you get an idea of why each of the characters wishes to go on the journey with you and why they also need the Mana Sword.

The Mana Sword, as told by the Faerie, is the greatest weapon there is. Making anyone who wields it become the strongest person in the world. Each of your characters has their reason for obtaining it which is why they go with you on your journey.

The world is comprised of areas at the beginning as the story unfolds itself on the quest to get the Mana Sword. But first, you will be tasked to gather eight elementals. Each having the power of a certain element. Once you gain the elementals you will be able to acquire powerful abilities that are tied to an element.

Once you get four of the elementals, the story changes as you gain access to Vuscav which is a friendly giant turtle who helps you get around the world. The world now becomes bigger for you to explore giving you the freedom to go to any island that has beaches as you can only call Vuscav on them.

Equipment is pretty straightforward in this game and each of your characters has their own unique weapon so you will have to buy or obtain weapons through chests for each one of them. I was happy to see that equipping a weapon changes the visible weapon on your character and the game also changes your character’s appearance once they change classes. You can also opt to change back to their original appearance by going to the costume menu.

You first gain access to a change in class when you hit level 18 and you encounter the first Mana stone. Each character has multiple numbers of classes to change to and they are subdivided into Light and Dark Classes. Where Light Classes are geared towards supporting each of your characters while the Dark Classes are more focused on attack power. This makes the game have hundreds and hundreds of combat combinations and you can even go back to a Mana stone to change to a different class if you don’t like what you currently have.

Speaking of combat, battles happen in real time. Which would be something that people would enjoy if they are into fast-paced action and combat. You can control any of your characters and you can also provide AI strategy to your companions so that they can use commands when you are not controlling them. I find this unreliable though as I feel like no matter what setting I use the characters don’t seem to act as I want them to. For example, I set my companions to always use their Class Strike commands regardless of how much percentage it is but they seem to only be using it one out of ten times we are in combat.

There are also skills that you can learn by leveling up your character. Each time your character levels up, you gain a training point that you can put towards five stats. These stats are strength, stamina, luck, intelligence, and spirit. Placing a certain number of training points on a stat will allow you to unlock active and passive skills. You can also learn new skills by talking to NPCs. Try and talk to as many as you can to unlock many skills.

Another interesting feature of the game is the Magic Pot. Magic Pots are located in Inns throughout the game and you can use these to get items by planting an item seed. The more item seeds you plant, the Magic Pot increases its level making it more valuable to you as it will produce better items and also allow you to farm more item seeds from enemies.

Another cool feature of this game is the Li’l Cactus that is scattered throughout the world. Finding the Li’l Cactus will earn you a stamp and if you earn a certain number of stamps, you will get special privileges like getting discounts in shops or being able to know how many treasure chests you are still missing in an area.

The last feature I want to touch on is how the game shifts between night and day. This is particularly more significant if you ever choose Kevin as a character. Kevin is a beastman who can transform into a beast at night time. Kevin in his beast form gives him more attack power and enhanced stats all around. There are also certain shops that are only accessible at nighttime so it is really helpful to pay attention as to what time of the day it is. There are also different enemies during day and night time so you really need to plan out which time it is best to go out.

The game has varying difficulty levels for those who wish to either just enjoy the story or have a bit more of a challenge during combat. What I like about it though is that it doesn’t really water down the difficulties whether you are playing the easy mode or not. You still need to think through some of the battles and carefully plan out your strategies. Just because you’re playing on easy mode doesn’t mean the enemies are too.

There are probably other features of the game that I have not covered yet but I will leave that to you to explore. All I can say is, this game is worth the play as it is interesting enough to get into. It may be slow in the beginning but the game picks up considerably once you get through the first two chapters. If you like an action-packed RPG with a good amount of story, then Trials of Mana is something worth picking up.

Trials of Mana – Review
Score Definition
When the issues of a game are rolled and stomped by its greatness, then it’s something to invest on if you have some spare.
Pros
So many features that keep it interesting
Multiple classes for multiple combinations fun and action
A beautiful open world that's worth exploring
Cons
AI Combat can be unreliable
The towns may seem lifeless and empty
8
Great