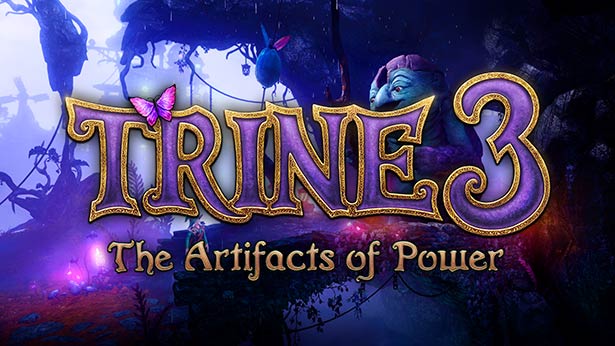 From the developers of Frozenbyte comes the third addition to the Trine games, Trine 3: The Artifacts of Power. This Action Fantasy, Puzzle solver game has you playing as three unlikely heroes on a quest to free themselves from the control of an artifact that holds command over them. In the insuring quests that follow, you come upon many obstacles where you have to think of clever ways to solve them using the different skills of your three heroes.

Trine 3: The Artifacts of Power lets you take the role of three odd and humorous characters. Pontius the Knight is a clumsy yet brave knight who uses his formidable strength to pass through many objects. Zoya the Thief is a quick and acrobatic rouge type with skills to get through a variety ledges and traps. Amadeus the Wizard is an un-confident yet skillful mage who can create objects to fulfill the role of needed key objects to solve many puzzles.

Trine’s stages and levels possess beautiful back drops and interactive elements with very pleasing graphics that give the game a very nice interactive and absorbing feel to it. As mentioned before with Pontius the Knight, he can use his brute force to even smash through parts of the game you never knew was possible. With his ability to use his strength to get through obstacles, Pontius the Knight can even demolish what you would think to be part of the game’s unbreakable walls, but in the end becomes a new area to explore. The graphics really show that there is beauty with his ability to smash crates and crush walls. 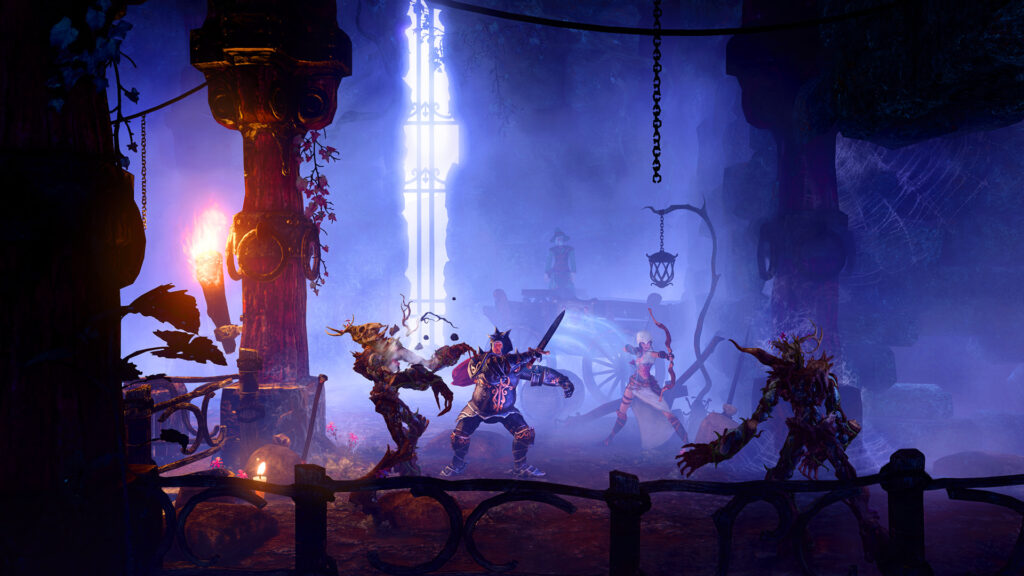 However there is currently an issue with a lack of an invisible wall in many parts of the game. At some point you may be attempting to jump onto a ledge and go too far to the side and fall through a hole in the wall that’s meant to be there to show you some background. Other times you could be running towards something and fall into your doom because you ran a little too far in a certain direction, falling off the fantasy world. The same thing happens many times in the opposite direction so be careful on your landing.

The gameplay is a bit tricky to use but still fun yet not very complex. For the PC version the directional keys can make it seem harder than necessary due to the fact that the tutorial doesn’t tell you everything you can or need to be able to do in order to pass certain levels. On a few occasions it becomes a moment of “smash and shoot everything until something happens” type scenario. Combat is quite simple as you have a few varieties of enemies to fight against. You have Pontius who can make use of his sword and board combo to engage in melee combat and a shield to block. The blocking can often be a hassle as when an enemy attacks since you have to use your mouse (if you play PC of course) to point in the direction needed to block. As simple as it may sound it can be simpler to just keep moving out of the way. You also have Zoya for a less interactive combat role as she can combat enemies from a distance with her bow.

The three dimensional puzzle solving and humorous vibe reminds me of games like Overlord and the LEGO game series. The constant switching between characters to solve certain puzzles reminds me of the LEGO Star Wars in particular. The wizard is like a jedi using magic like the force, or the thief using her bow to shoot buttons on the wall like a blaster would in its game, and etc. The comedy and humor has a similar feel to Overlord’s with goofy character designs and vibrant colors. 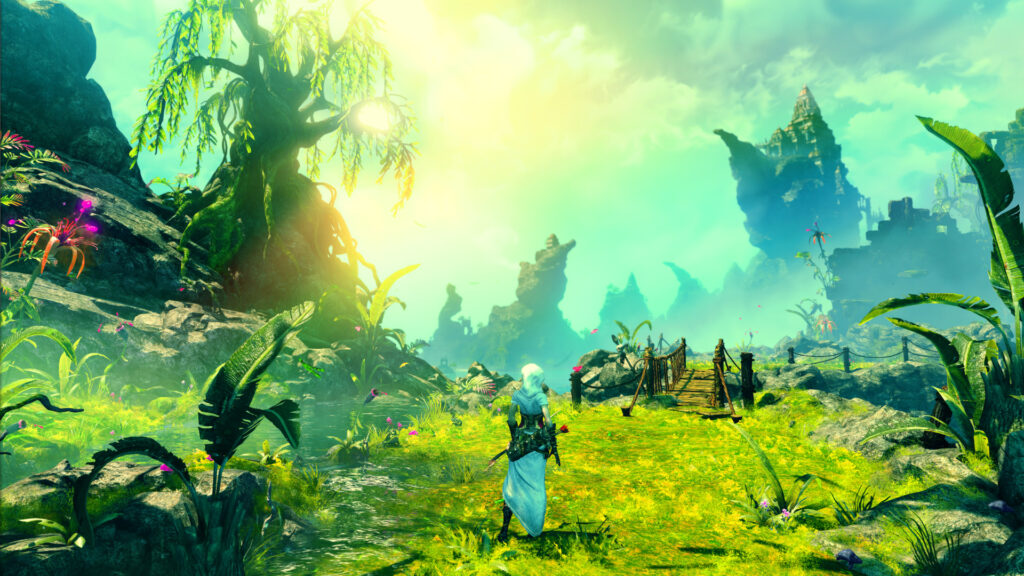 The music to this epic game is quite appealing to listen to as you run obstacles. The soundtrack plays well into the mood the game for each level gives a different feel. Pontius gives a more epic adventure play, Zoya almost an Indiana Jones type feel if I dare say, and Amadeus has a relaxing feel on his first level. The sound effects are also fairly good giving the game a decent vibe. From the mysterious ruins, to the fights, it gets interesting to see what happens next.

Trine 3: The Artifacts of Power‘s replay value is hard to say. It has fun puzzles but combat is lacking and not much to the characters. However the game is still in development and nothing is finalized just yet, so I still look forward to playing the game and seeing how it turns out in its final production. It has been a pleasure though being able to play the “early access” version of Trine 3 while the developers still continue to perfect the game. If I were to say I had some down time and play Trine and get away from some of the bigger title games that might be frustrating me over a hard level or boss then Trine would be a good game to change pace and enjoy some level runs.