Troll and I – Review 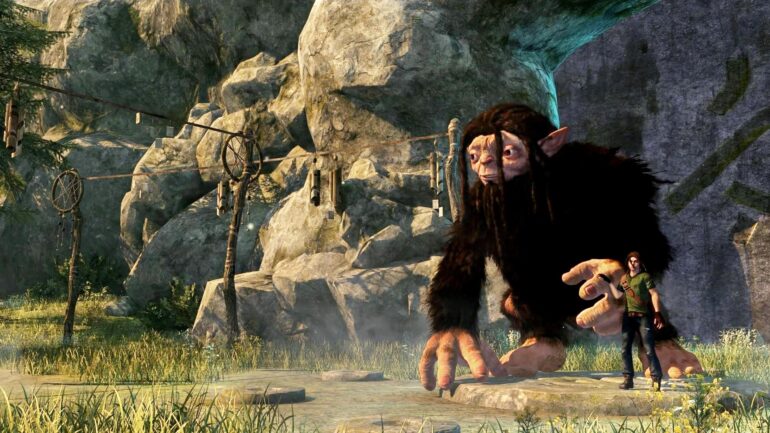 I did include Spiral House’s latest title, Troll and I, in my list of best games to come out in this month. It’s funny when you get to request the game prior from its launch date to review the product and give our readers a fair chance to know if it’s worth picking up or not. Maximum Games’ direct PR said that they don’t publish Troll and I in our region (which it did get released at our local stores for some obvious reasons); then I reached out to their third-party PR who said they only have limited codes to give.

This kind of direction makes me skeptical about a game’s quality and pending success. Sony was all-out pushing its marketing team for Horizon, giving publications to review the game 2-3 weeks prior its embargo was lifted. Now I know Maximum Games is not a big company like Sony, I understand that Spiral House is an independent game developer, but that does not excuse them for making such an utterly shit piece of crap.

Since we were not provided any review code to write about the game, I picked up an Xbox One version from our local store at Datablitz for Php. 2,495.00 ($49.99). The reason why I had to because Troll and I won Best Original Game at Electronic Entertainment Expo (E3) last year. It had promise, a potential where you can control both man and creature in a thrilling adventure that would almost be like The Last Guardian, oh hell I was horribly wrong about this one. 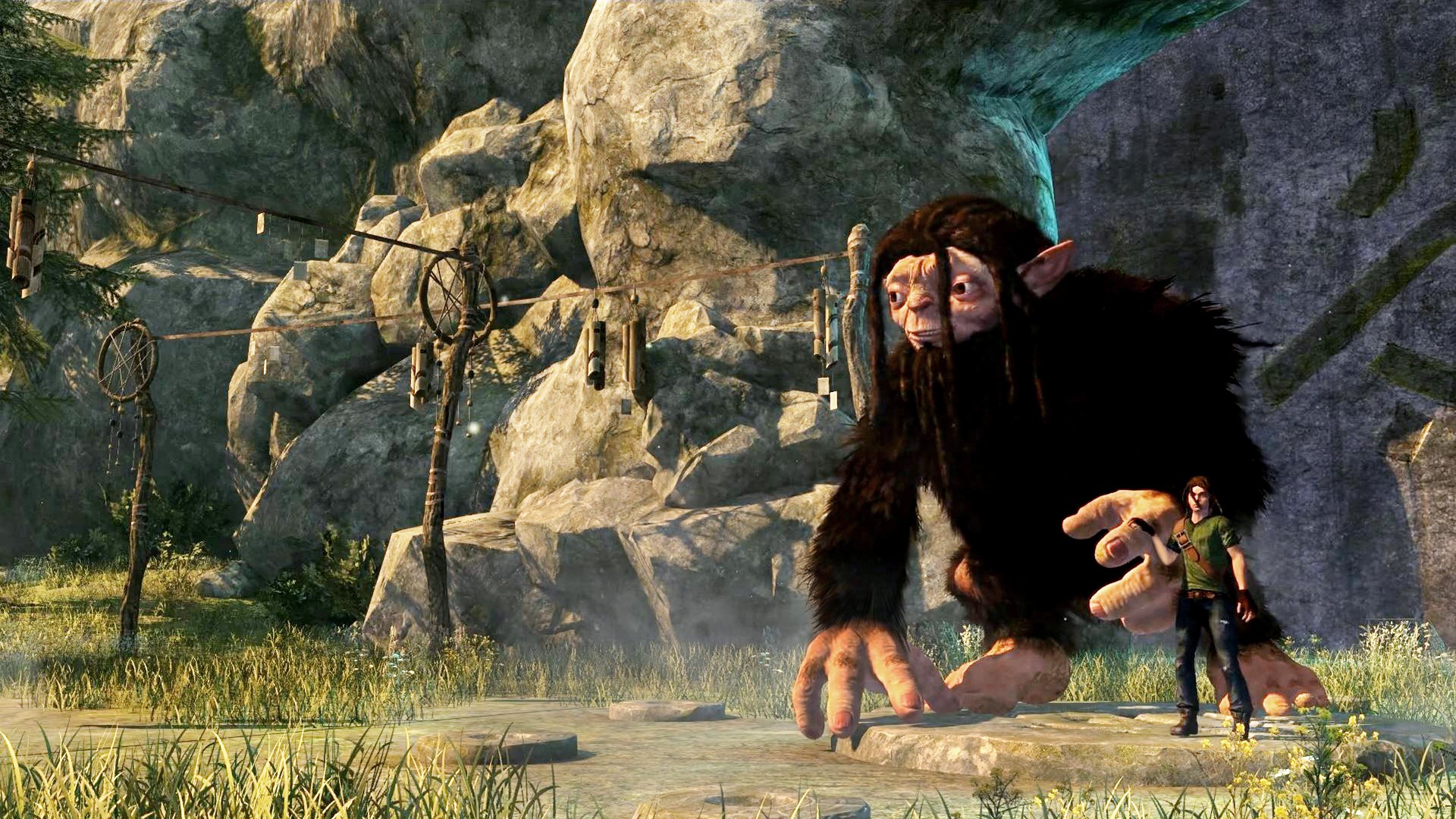 Troll and I starts in a very simple intro, a mercenary was called to hunt down a creature that was spotted in Scandinavia, then shifted to a small village where our protagonist, Otto, lived. In search for food, the game started its tutorial. It only gives you a portion of what the game will be, in which you have to discover most of what you need to learn by your own. You get to hunt a boar, craft a spear with a wood, and loot something from the boar. It does sound pretty familiar, doesn’t it? Yes, it does because it’s similar to Horizon: Zero Dawn – but in a silly way possible.

After you spend your afternoon hunting for boars, the place where our boy Otto lives gets raided by something or a group of people since it wasn’t really shown, and he got separated from his mother. When you get into the gameplay where you get to run away from falling burning tree branches, Troll and I shows you how unresponsive the controls can be. The game tells you to press the analog stick to sprint then hit the A button to vault over or slide under the tree branch, but when you do even if the part where you jump over doesn’t have any fire gets you killed. I literally replayed this part for 7 times, and it’s really frustrating and annoying.

I stopped playing, and turned on my PC to play Dota 2 to relieve me from my frustrations with the game. A day after, I pushed myself to put the disc back in my Xbox One because I still had hope but it was like convincing myself to get stabbed with a knife – that kind of feeling. Troll and I has a lot of flaws in gameplay mechanics where it would have been a decent title from the beginning. The crafting system was just uninteresting to do. You are required to constantly craft wooden spears since it has a durability system. It’s kind of nice that you can use your small wooden axe for a longer time than some other games, but that wouldn’t really make the game great now, does it? 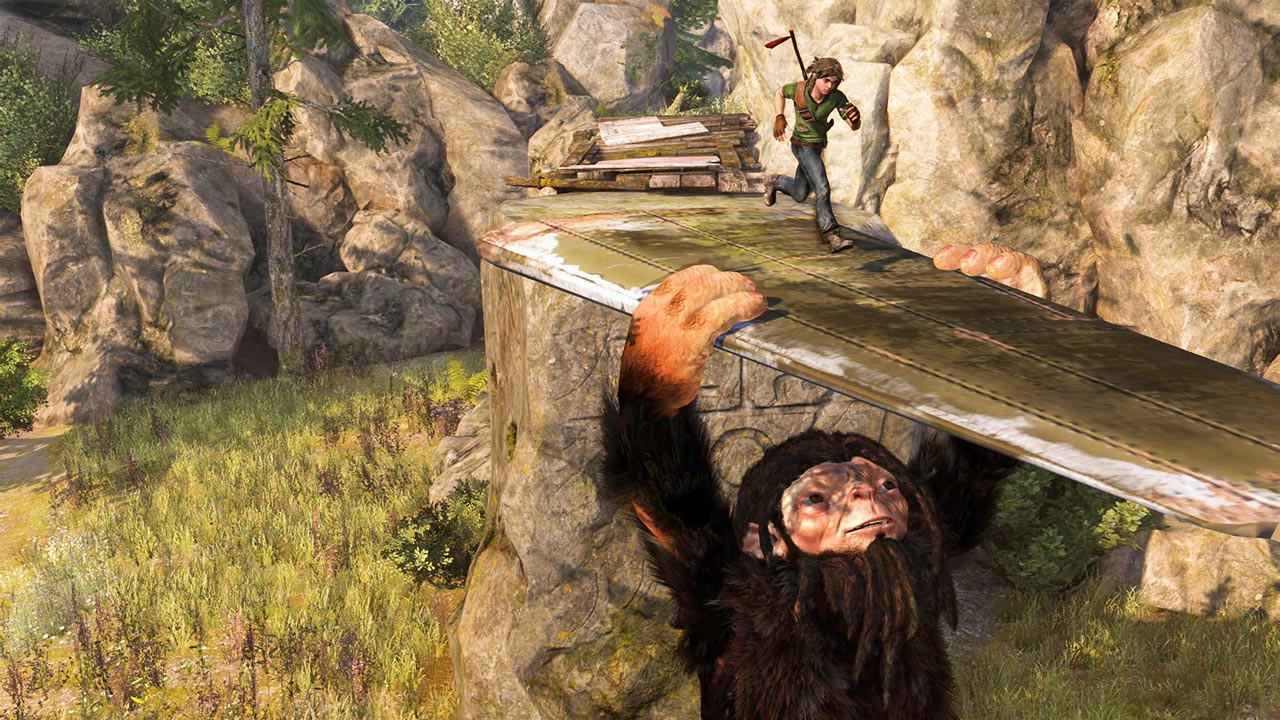 The small portion of platforming mechanics seemed like it was forced just to add something that players can do. There’s action in the game, you get to kill goblins that emerge from the ground and also hunters who are trying kill your buddy Troll. Now let’s talk about Otto’s big walking carpet monkey friend. You first encounter the troll when you’re fleeing from the village. I find it nice to control a giant troll to help out in combat when you don’t want to keep crafting spears, but Troll gets too stupid when it comes to punching small goblins and hunters. I constantly keep pressing the attack button all the time, but Troll doesn’t seem to hit anything at all like literally. The camera just keeps everything close that makes everything look big especially when controlling Troll, which makes combat difficult.

Talking about the camera, it hinders the game a lot. The camera is forced to shake when you take control of Troll and it’s a dizzying experience especially when you’re playing on a 40” television. I do understand the “point” when shakiness is applied when using huge creatures, but in Troll and I, it’s just purely annoying. Outside its camera being entirely ludicrous, the motion blur is poorly done. What’s also disappointing is the fact that it does not have any indicators if you’re getting shot or hit by an enemy AI. There are also repetitive animations when looting and also when Troll picks something up which also makes it vulnerable to attacks.

I do get it that independent game developers tend to not make games as beautiful as Horizon or Uncharted, it’s just too much work to be done. Troll and I looks fair, but it’s just really dated. The environment looks decent, but that’s except the character models. If you ever owned a PS2, which I highly know that you did, then you will understand my point here. Let’s set aside the visual part, the only comment I have for voice-acting are just two words: without effort. Otto’s voice-actor sounds like an old man trying to have a kid’s voice.

Troll and I does an amazing job of trolling people with its awful overall quality and expensive price tag. Spiral House just showed how incompetent they are when making video-games. I don’t recall playing one of their games, but this one is just disgusting. To be transparent, I didn’t finish the game after my third hour because it’s too agonizing for me to even care anymore. I was greatly disappointed with Troll and I, this is why we should not expect too much. It saddens me.

THE GAME GAVE YOU MORE HORRORS IN YOUR REAL-LIFE EXPERIENCE THAN IN YOUR NIGHTMARES
Read our Review Policy here to know how we go about our reviews.