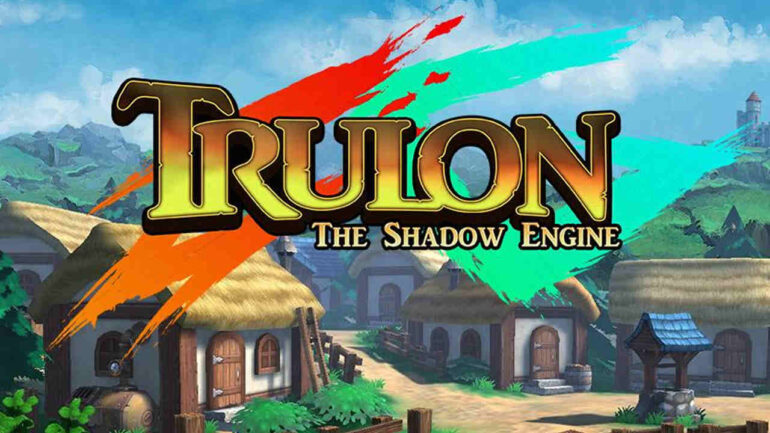 The market for traditional turn based Role Playing Games has been quite the long runner in the video gaming industry. That said, it’s made it quite a challenge for new RPGs being released to stand out from the crowd. One such RPG is Trulon.

Available on both mobile and on steam, Trulon plays like your run of the mill RPG. The game is set in a steampunk inspired world where all of the world’s technology is made possible by the substances known as Gaudium and Dolorum. The game’s world is a visually appealing one, combining it’s vibrant 3D overworld with the game’s 2D sprites for it’s characters. The game manages to keep it’s visuals fresh with varied enough locations ranging from forests to castles. Keeping up with it’s visuals are the game’s catchy and atmospheric soundtrack. If there’s one thing the game got right, it’s getting the feel right between some wonder filled trod around a forest transitioning into a heated battle with a horde of monsters. 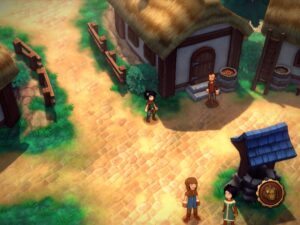 That said, one still can’t be blamed from tiring of the scenery as one thing that the game could have benefited from were a faster walking pace as players will find themselves trudging through the game’s maps going from point A to point B and back. This effect is also compounded by the game’s various optional fetch quests which are unfortunately all the same variant of the “Find X items and return to quest giver” formula.

But of course, these quests are merely optional and there is nothing stopping the player from just ignoring them in favor of finishing the main quest. The main quest of the story itself offers nothing really new to the table. A story of tension rising between two neighboring powers and a cheeky teenage protagonist thrown in the middle of the ongoing machinations. It’s still interesting enough to motivate the player to keep playing, but unfortunately the same could not be said of the game’s cast. The game’s cast isn’t really all that deep as far as characters go and all fall within the usual stereotypes. We aren’t really given any reason to like anyone and as a result it’s difficult for one to find themselves attached to the cast. The game’s NPCs happen to be just as problematic as none of them really interact with the player in a way that makes them feel like they’re truly part of the game’s world. The closest you’ll get are quest givers, but even then it’s all just the same kind of annoying fetch quest.

Where the game truly shines though would be it’s unique card based combat system. The players all take their turns based on a turn order, and during their turn their actions are dictated by strategy cards they play. Each character comes with a deck of strategy cards which they can draw in hands of 3. In addition, they also come with one basic attack card that is always available for use and one replenishable wild card which is drawn randomly from the deck. The attack card and the wild card can be used infinitely, but a character’s deck is a finite resource. This leads to plenty of strategic decision making during combat as the played is left to figure out which cards to use to make the most of the situation lest they end up with a hand of bad cards, or worse, an empty deck. 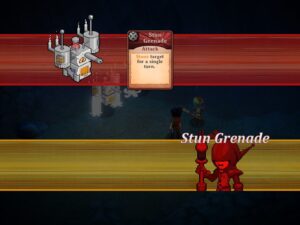 To add to the combat’s variety, the game boasts multiple cards that players earn by leveling up as well as discovering them throughout the world. The cards can then be used to customize your party member’s decks. The element of deck building adds another layer of strategic depth to the game. Do you add more cards to give you more options to play or do you add less cards to increase the chances of drawing a particular card? It’s decisions like these that perfectly blend traditional TCG style gaming like Hearthstone and Magic the Gathering with more traditional turn based RPGs. Outside of the actual combat, enemy encounters can be seen from the overworld so players will know exactly what they’re getting themselves into. What this also means is that it eliminates the element of random encounters, so players are free to backtrack through cleared stages with no fear of running into unwanted attention.

To sum it up, Trulon is an alright RPG. It does well with it’s innovative combat in an attempt to stand out from the crowd, but is unfortunately bogged down by its generic cast, uninspiring fetch quests, and being forced to go through all of it with your character’s walk speed. That said, it’s still an enjoyable title for its cheap price point and its availability on the mobile platform. While it fails to particularly stand out in it’s other aspects, Trulon’s combat system is fresh, unique, and strategically satisfying.

Trulon available on Steam for PC and Mac

This review is based off a copy provided by Kyy Games.