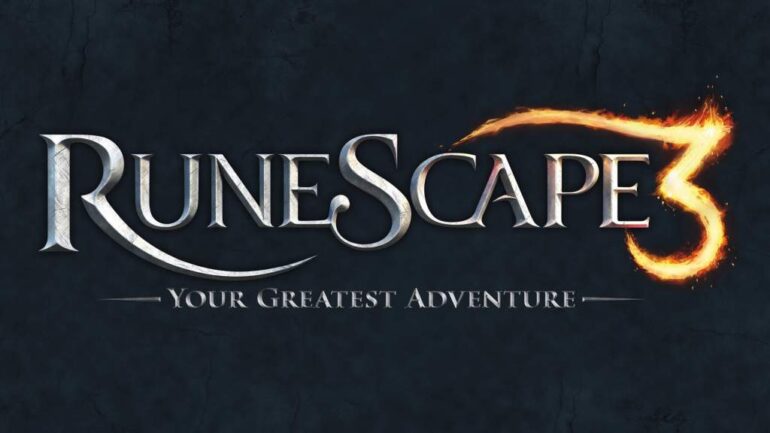 Jagex Games Studio – creators and custodians of the fantasy MMORPG, RuneScape – has announced that the game’s world of Gielinor is facing its greatest ever threat: the intergalactic planet eater, Tuska. The largest monster in RuneScape’s history, Tuska is a beast that attained godhood after she inadvertently killed a deity. Now she rampages across space, ripping apart and consuming planets and moons in her path.

Players taking part in the critical protection of Gielinor will be teleported onto Tuska’s back by the Astromancer. There they’ll meet up with messengers of the gods and the Godless faction who have formed an uneasy alliance to defeat the creature. From this starting point players then have to travel across orbiting planetoids and complete objectives in order to charge a legendary god spear. This will then enable them to inflict damage upon Tuska’s undefended head as well as increase the influence of their chosen god or the Godless faction. If players reach the daily damage target, the faction whose representatives cause the most damage, will score a point. Should players fail to meet the allotted target, then Tuska will win the point instead.

Rewards for participating players include new armour – the World Eater set – which allows the wearer a chance to deal maximum hits in combat; a new ability – Tuska’s Wrath – that converts a 10,000 percent boost of a player’s slayer level into damage; the cosmetic God Spear weapons named after the RuneScape gods of Zamorak, Saradomin, and Armadyl (as well as a fourth representing the Godless); a new emote that summons a lightning storm with a Tuska head, and a unique teleport animation.

The arrival of Tuska heralds the beginning of the latest of RuneScape’s World Events, which debuted with the launch of RuneScape 3 in 2013. For now, the future of RuneScape’s main world remains undecided. Will the month-long event culminate in the winning god killing or incapacitating Tuska, or will the planet eater prevail? The answer, once again for RuneScape, rests in the players’ hands.

Tuska’s arrival also marks the beginning of a spectacular summer in RuneScape, which will see the addition of a new Grandmaster Quest – Return of Seren, a sequel to Plague’s End – as well as the introduction of Raids. In these, bands of up to 10 players will travel to the monster-ravaged world of Mazcab to destroy its ferocious fauna across an area larger than the elf city of Prifddinas.

Players will also be able to experience all of this, and more, for even better value should they take advantage of the Summer Special membership deal that provides a three-month membership to RuneScape for the price of two.

“The summer may be a time for some to jet off to sunnier climes, but there is no vacation for the denizens of RuneScape. Tuska is a clear and present danger to the future of Gielinor, which is why we’re asking players to put godly differences aside and unite against a common threat – the planet eater mustn’t win, at any cost,” said David Osborne, lead designer of RuneScape. “Beyond the threat from space, players will also experience Raids in RuneScape for the very first time, take part in the latest Grandmaster quest and, among the many other tasks and distractions, complete a heroic Fremennik quest.”

Osborne added, “Plus, if you’re missing a day on the coast or the swimming pool to play, you can also take your hero to Lumbridge Crater, which has been turned into a beach for the summer!”