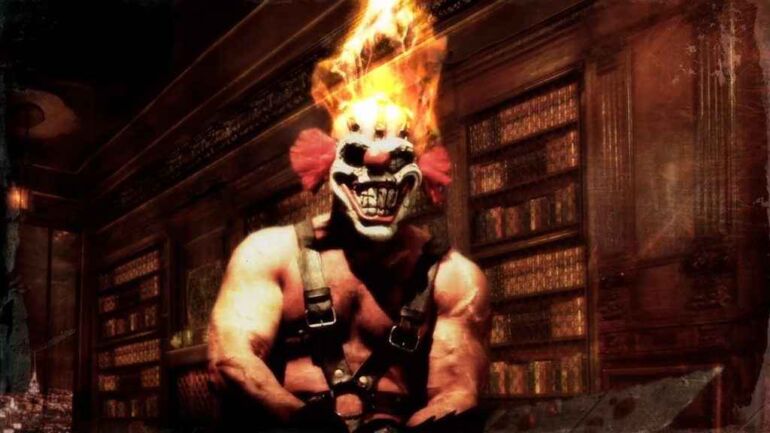 The live-action comedy series production is now moving forward according the media outlet Variety. The writers behind Deadpool and Zombieland, Rhett Reese and Paul Wernick, have been brought by Sony Pictures to work on the script and executive produce.

“’Twisted Metal’ is one of the most beloved franchises from PlayStation,” said Asad Qizilbash, head of PlayStation Productions. “We are thrilled to have such a great team working on bringing this iconic game to life for the fans.”

According to the media outlet, the show will be about a motor-mouthed outsider who is offered a change at a better life. In order to achieve that, he only needs to deliver a mysterious package across the post-apocalyptic wasteland. He will face multiple dangers along the way like savage marauders that drive monstrous vehicles of destruction, and this crazy clown that fans know and love: Sweet Tooth.

There are rumors that Arnett will be voicing Sweet Tooth in a cameo, but others say that he has no deal in place for him to do so.

“We love Twisted Metal in all its twisted insanity,” said Glenn Adilman, executive vice president of comedy development for Sony Pictures Television. “Michael Jonathan Smith hit it out of the park with an action-packed, brilliantly funny adaptation and we are grateful for the support of Rhett, Paul, Will and our friends at PlayStation.”