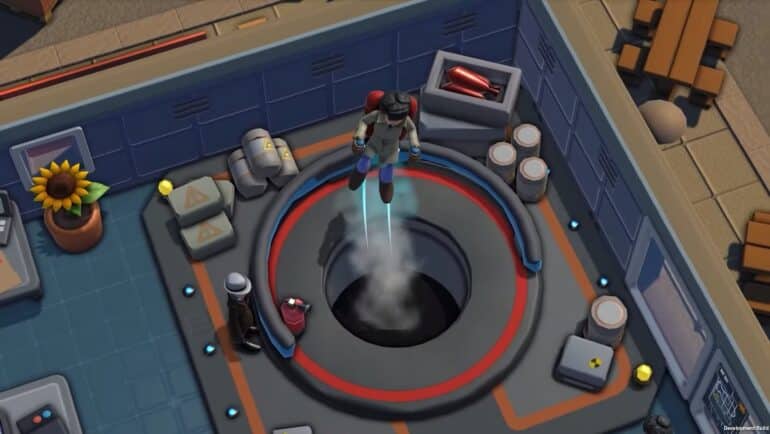 Developer Two Point Studios has released a short trailer previewing the next course to be added to Two Point Campus: Spy School. A few weeks ago, Two Point released the Wizardry course trailer where students can learn as much “magic” as they can.

The latest course provides a gameplay twist in which the player must now be on the lookout for enemy agents infiltrating the school and causing trouble for the county. The player is tasked to seek them out and expel them at the earliest.

“You can check out everything spy school has to offer in our latest course reveal video. We promise it won’t self-destruct.“

“Don your trench coat and shades and grab your jetpack. Two Point Campus introduces its latest course reveal: Spy School! You’ll train your agents in the art of drone flying, target practice, and obstacle courses filled with crocodiles and lasers. Thankfully, no one’s taught the crocodiles to use lasers.“

“The catch? You’ll have to sniff out Two Point County’s enemies. Rival agents have figured out they can infiltrate campus by enrolling as students. Someone should really fix that. Watch out for suspicious classmates and expel them before they can uncover the county’s darkest secrets.”

Two Point Campus is a charming management sim where you’ll be able to create the university of your dreams, shape the lives of your students, and manage everything in between.

You can pre-order Two Point Campus right now from the developer’s website.