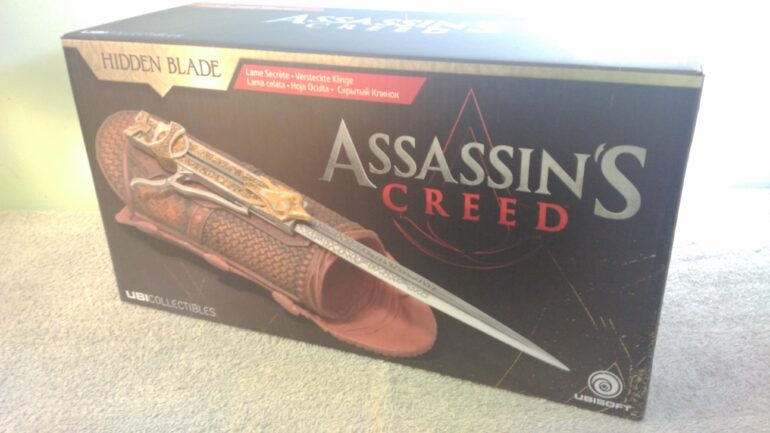 Assassin’s Creed just got shown in the Philippine cinemas, and what’s the best thing to do after watching the movie? Buying its merch, of course!

Just after I got to see the regular screening of the movie, which I also rate the same as what Leif did in his review, I headed on down to a local DataBlitz branch to get myself the Ubicollectibles Assassin’s Creed Hidden Blade. I have always wanted a hidden blade ever since the day I got to play my first AC game. 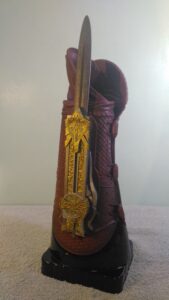 The Hidden Blade is actually a full-sized replica of the version that was used in the movie. The arm brace is made of leatherette, kind of like a rubber material with a leather-like feel. It has velcro strips inside and three loops and knots outside to hold the arm brace in place. The hidden blade and its housing is made out of PVC. The blade is attached to a spring-loaded mechanism which has a release and a locking system and is retractable.

It is made to be a collector’s item and is fully wearable and usable, though it only goes on a left arm. When I tried it on, it felt like I was wearing a cast because of its weight and the part that goes around the thumb and wrist was restricting. It might be because of the leatherette material that can be made softer during continuous use but it may also wear it down. I tried to emulate the open palm stabbing action and I was just barely able to raise my hand up from my wrist. There are intricate designs and shading done on it, as well as on the blade and housing, and they look good on the promo pictures and on the box. But upon closer inspection, it sure obviously still looks like a toy made from synthetic materials. It still looks neat, though. 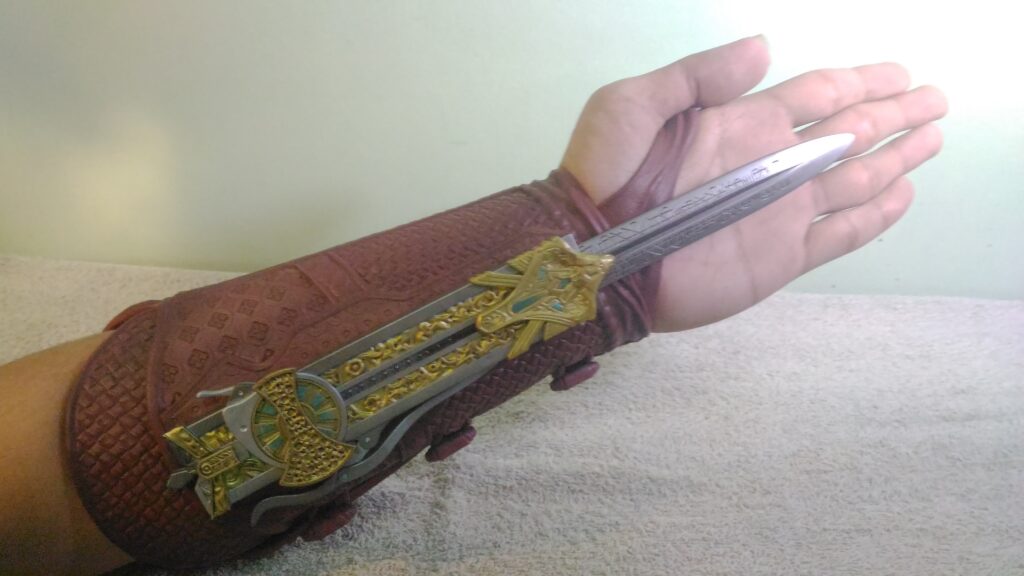 As with the blade, the spring-loaded mechanism sends out the blade in a swift manner, much like how it is shown on the games and on the movie. It’s not that strong but it may still cause some injury, so some caution should still be applied. I tried to shoot it out with my middle finger in the way and it still hurt. The blade doesn’t lock in place when it’s out and it retracts back with a minimal push applied on it. Great for “stabbing” people. The locking system is simple and out of the way so that you don’t accidentally trigger it and hurt your fingers. 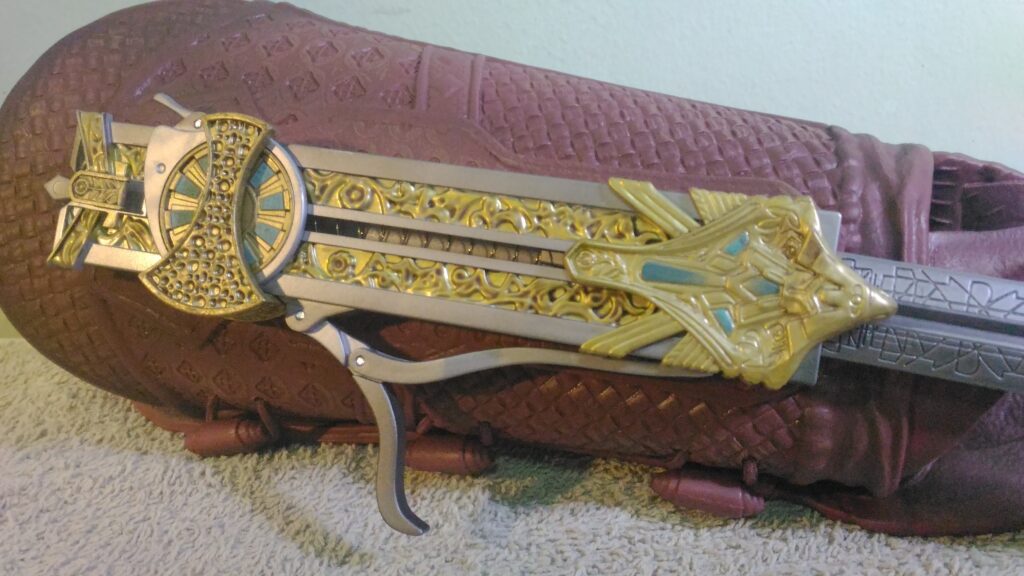 One thing I noticed when I opened the box is that there was no instruction manual inside, which makes sense because it is a collectible item after all. The back side of the box does provide short descriptions on its parts and there isn’t really much going on with the whole thing, anyway. There’s that lever thing which I thought was suppose to bring the blade back or do other stuff but it looks like it was just included for aesthetics. It doesn’t help that its page on the Ubisoft store is down as of the time of this writing, so I guess it’s just a useless feature to make the whole thing look cooler.

My verdict is that it’s still a good purchase, especially for avid fans of the franchise. It’s also a nice piece for cosplays. My personal rating for it is right about 8.5 out of a 10.