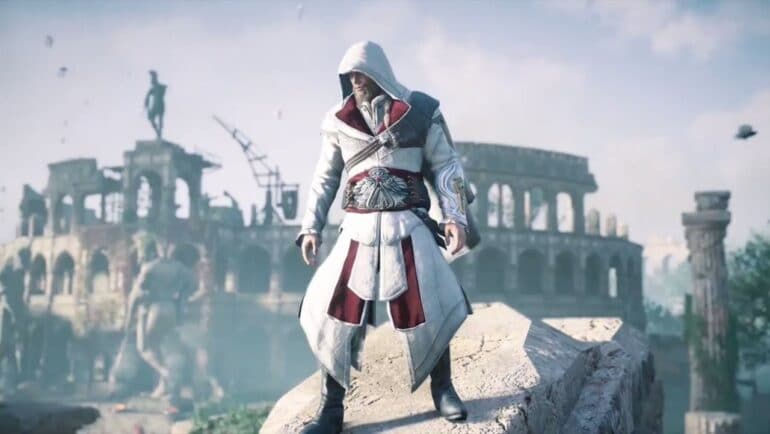 Ubisoft announced last night in a Twitter post that it is giving away for free Ezio’s Renaissance clobber from Assassin’s Creed 2: Brotherhood for players of Valhalla. All they need to do is to log in to their Ubisoft account through their PC or console, and download the free costume

The announcement coincides with the upcoming release of the Siege of Paris DLC, which drops tomorrow.

The DLC features the main character, Eivor, traveling through the Frankish countryside fulfilling missions that lead to the Viking Siege of Paris in 885. Players get access to new gear and skills, which they can pit against brand-new enemies introduced in the DLC.

The Siege of Paris also heralds the return of the Infiltration Mission game mode. Once again, players can enjoy total freedom in assassinating mission targets in this mode.

Players who already own a copy of Assassin’s Creed Valhalla can purchase the DLC separately, while those with Season Passes can automatically unlock the Siege of Paris upon release date.

Players will need to complete either the Grantebridgescire or Ledecestrescire story arcs to trigger the events that lead to the events of the DLC. Mysterious visitors from Francia will encounter Eivor in Ravensthorpe and influence the protagonist to head over to Francia.