Get the biggest deals of Ubisoft titles today! 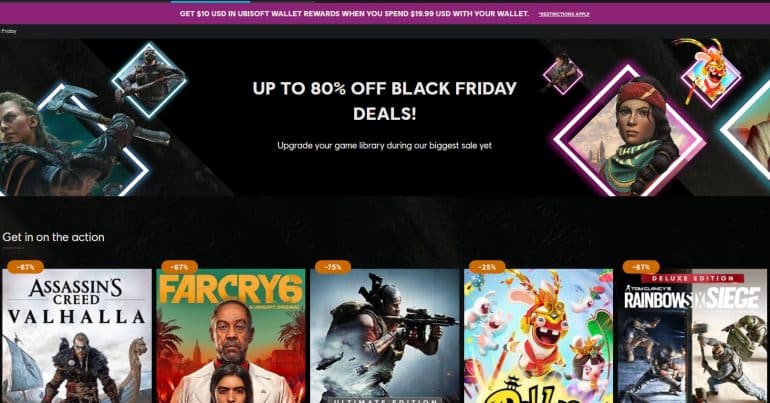 The Ubisoft Store Black Friday Sale has now started today with offers that go up to 80 percent off on select titles.

The big Black Friday Sale for the Ubisoft Store is back and is stronger than ever. Sales are now up to 80 percent off on certain Ubisoft games that some fans might have wanted for a while. The sale will be available now until November 30, 2022.

Check out these great deals:

Players can also get the first month of Ubisoft+ and Ubisoft+ Multi-Access for 50 percent off.