Uncharted: The Lost Legacy Review – A Legacy Worth Finding 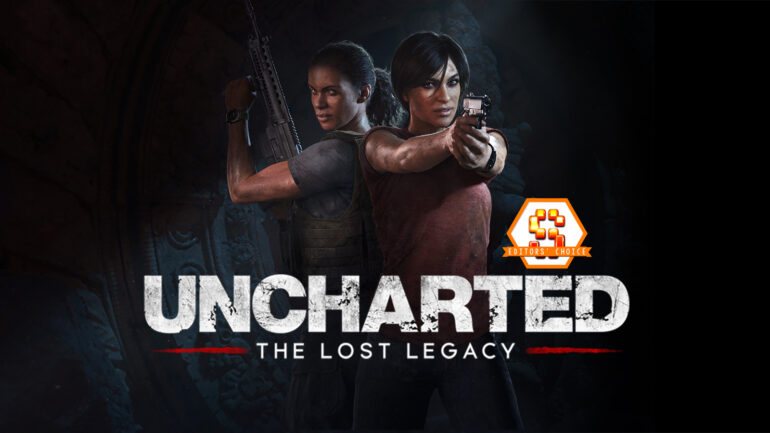 Naughty Dog is at it again! Ever since Uncharted 4: A Thief’s End launch last year, everybody thought Naughty Dog was forever done with the Uncharted series — me included. But when they revealed Uncharted: The Lost Legacy in last year’s PlayStation Experience, everybody lost their minds.

When I found out I was going to be the person to review the game, I couldn’t contain my excitement and that I just couldn’t wait to get my hands on it. And here I am now, with controller in hand, I have just witnessed a legacy in the making. 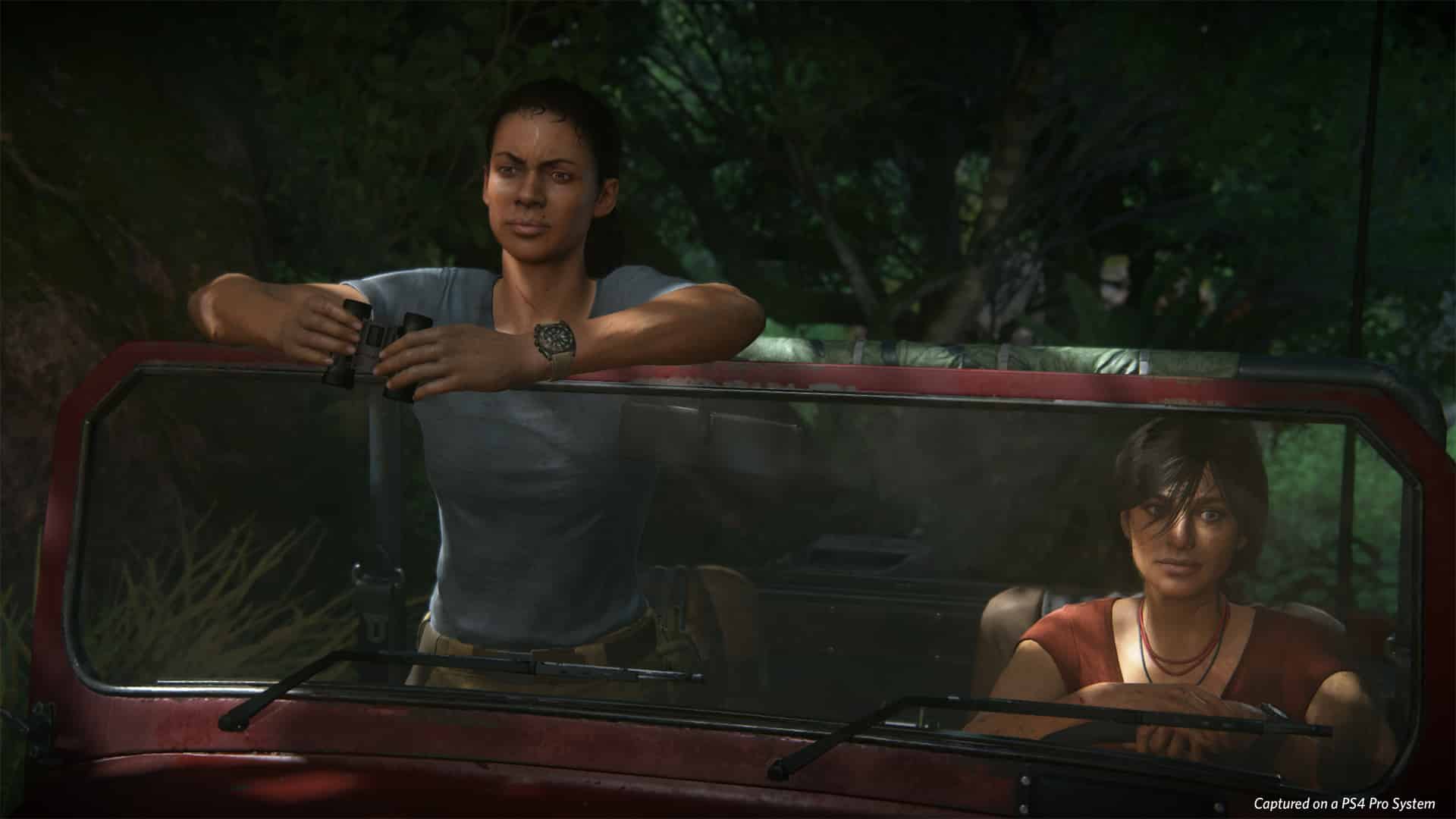 This is the first time in the Uncharted series where we are not playing as the ever popular Nathan Drake. This will also be the first time that the lead role will go to a supporting character from the series. Chloe Frazer as the main protagonist is actually very badass. She’s a thief who doesn’t take no for an answer. She gets what she wants no matter what and she’s not afraid to come face to face with danger.

The idea of playing a character other than Nathan Drake on an Uncharted game was something I didn’t really know how I’d feel about. I actually thought that they made the game to rival Tomb Raider‘s Lara Croft. But man was I surprised at how I really liked Chloe’s character. She’s definitely filling up the empty shoes that Nathan Drake left behind.

I was also unsure about Nadine Ross as the supporting character. The idea of a villain turned hero doesn’t really fit her personality. Although seeing it first hand when Nadine transformed from a mercenary to a compassionate hero fighter made me a believer. Naughty Dog has always been great in character development and this game is no exception.

Chloe and Nadine are a perfect pair. They really complement each other with their strengths and weaknesses. It’s also fun watching their interaction with each other. The bond that they formed throughout the journey was believable and it convinced me of their friendship. 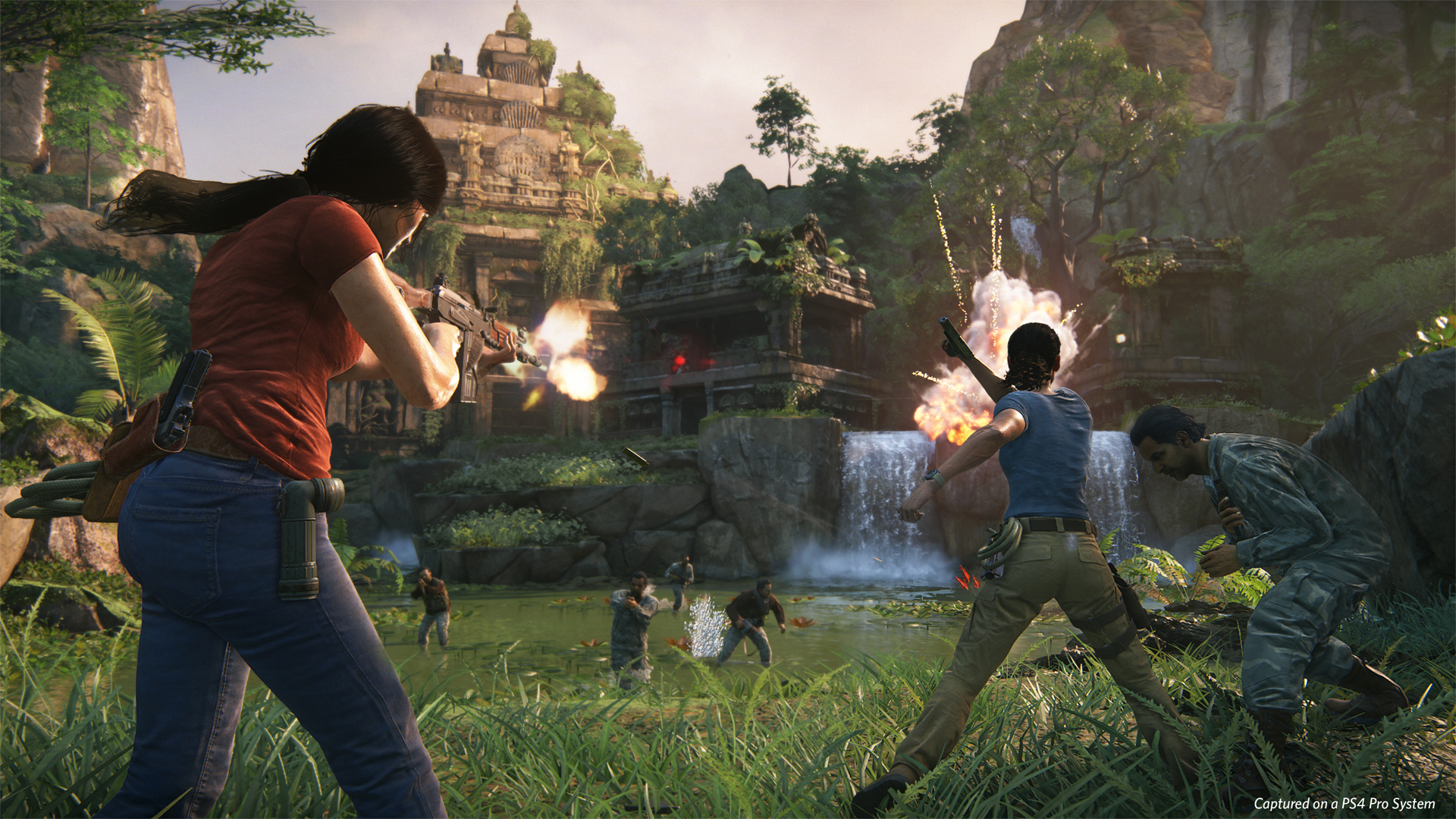 The gameplay is very similar to that of Uncharted 4: A Thief’s End but it has been more refined than ever. The reaction time is very fluid and each combat just feels like you are reliving an action movie. Chloe, being a thief, also has an additional skill that is unique to her which is lockpicking. The mechanic is simple but what makes lockpicking challenging is when you have to do it when gunfight ensues. You can really feel the tense moment of trying to unlock a crate so you can get your hands on a weapon to fire back at the enemies. Hand-to-hand combat is still present and even stealth kills as well. But as they say, why fix something that isn’t broken? After all, the main star of the game is its story.

This time around, Uncharted takes us to the lands of India which is on the brink of a civil war. Chloe and Nadine is on the hunt for the Tusk of Ganesh which is supposedly very valuable. Each location is like a work of art. The level of detail that they have poured into each artifact, each strand of hair and each foliage was strikingly accurate.

The landscape is breathtaking and even in the midst of a war, there is beauty that slips through. I can still remember when Chloe was standing on a rooftop looking at the horizon to a town ravaged with fire while neon lights shine on behind her from the dilapidated buildings. It is like a visual art that is both refreshing and jaw-dropping. A world that breathes and lives like it has taken on a life of its own.

This is why the Photo Mode is really perfect for this game. I couldn’t get enough of its visuals that I would not pass up a perfect moment to capture. Be it as Chloe jumps from one cliff to another or if her car is flying through the wilderness. There are just so many beautiful moments that it’s such a visual delight. It definitely beats any Michael Bay films. 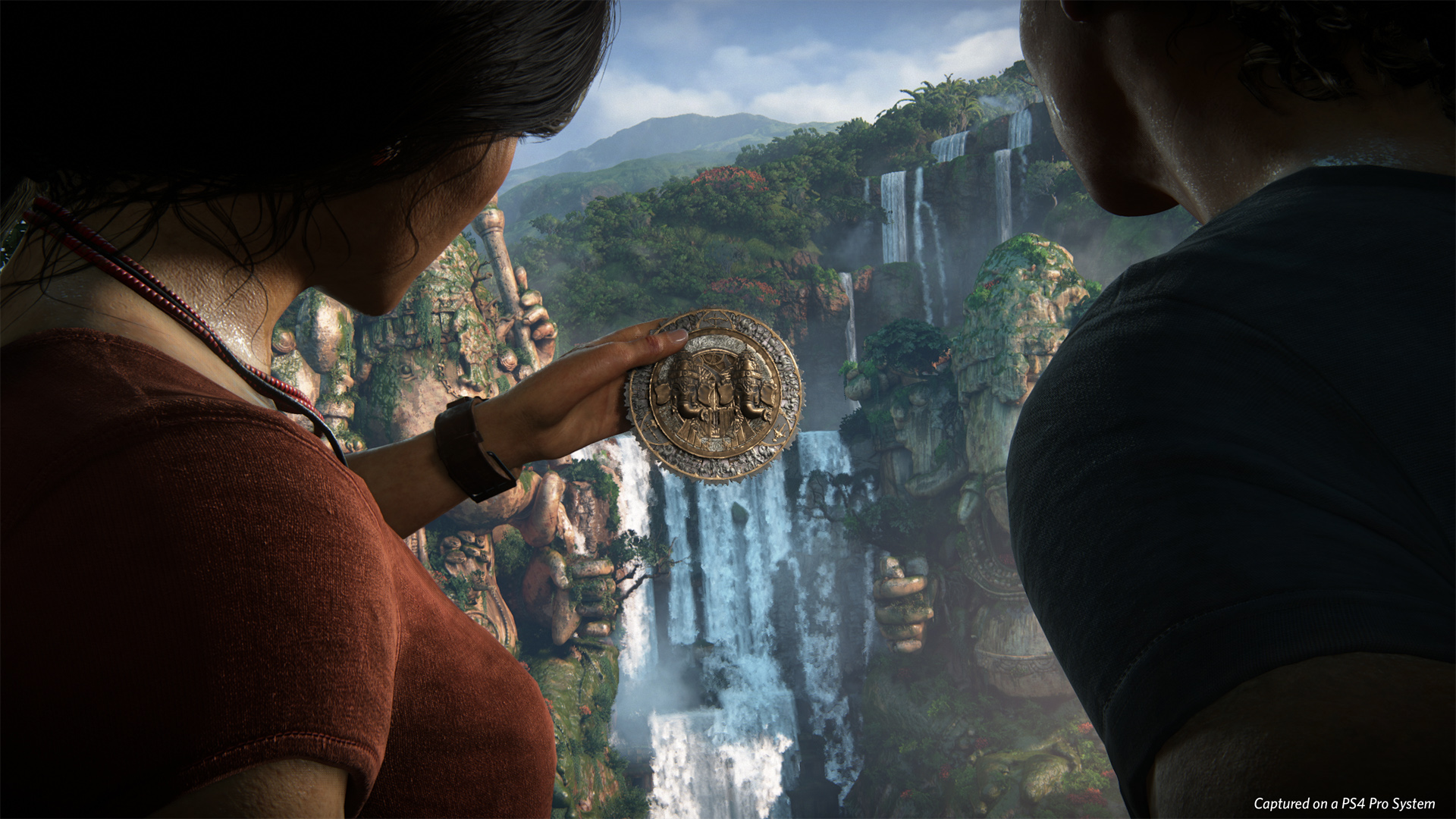 The Photo Mode also has a lot of configurations that you can choose. From controlling the sunlight to adding a facial expression to Chloe, there are so many options for you to pick to make that perfect photo op. It feels like I am a professional photographer of some sort. I couldn’t stop laughing at how I placed a cross-eyed expression on Chloe and using it at different shots. It’s been so immersive that I felt like it was a game itself.

Also a first on this game is the introduction of a side-quest. No, it’s not the treasure collecting side-quest that is all too familiar to any Uncharted fan. They finally decided to put in a real side-quest for the first time. This essentially made the game a full-on standalone game as completing the side-quest may take some time.

Another key feature of the game though is the addition of picture shots. Certain areas of the game has a prompt where Chloe can take a picture of an interesting location or event. You can even look through these pictures anytime you want by accessing Chloe’s phone. We also get a map for a specific area of the game, where Chloe updates it for interesting locations and it also tracks where on the map you are currently located.

Another feature that players of The Last of Us are familiar with is the addition of Conversation triggers. Key moments of the game will give you an opportunity to talk directly with a character to uncover backstories and interactions with each other. This further brings life and personality to our characters making them relatable and organic. I loved these interaction in The Last of Us and I loved them here as well. 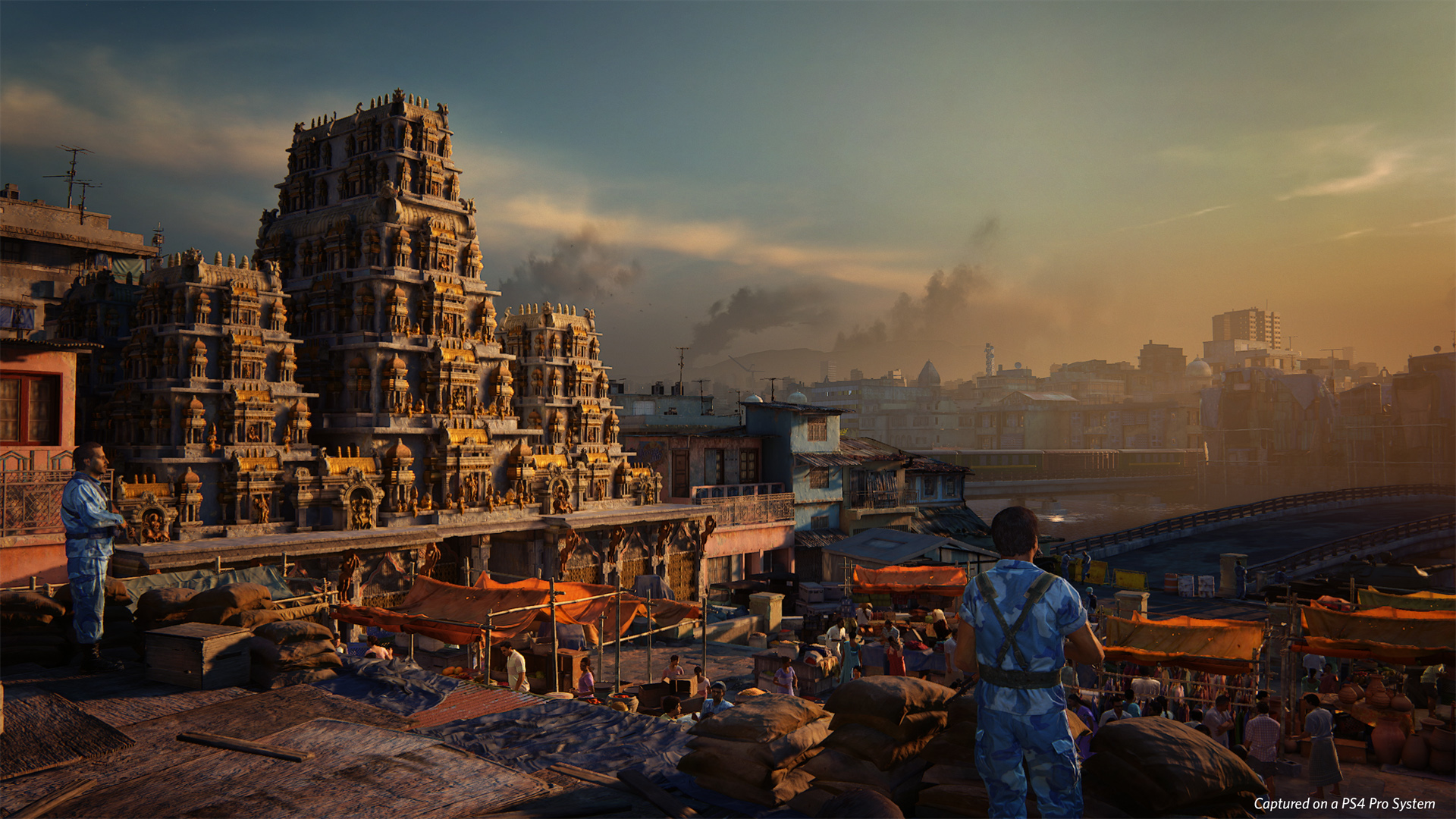 Puzzles and platforming are still present in this game and they are still as challenging as ever. I could never grow tired figuring out how to get from one place to another. It’s very fun just taking in the view and finding out if that protruding branch can be used for you to swing over the next cliff. Although most of them are very obvious there are times that I still have to figure them out and I am fine with that.

It is such a welcome sight to see that you can do all that with the environment. The world is your playground and anything is definitely possible so don’t be afraid to try anything out even if you die trying. The puzzles presented in this game are also varied. Some are as simple as solving a rotating puzzle while some others are as elaborate as figuring out a lock mechanism to open a door.

The game also features a multiplayer mode and Survival mode. As with all the other Uncharted multiplayer modes, I believe that they would be as equally fun and entertaining. Uncharted has always been one of the best in terms of third person multiplayer and this one is no exception. 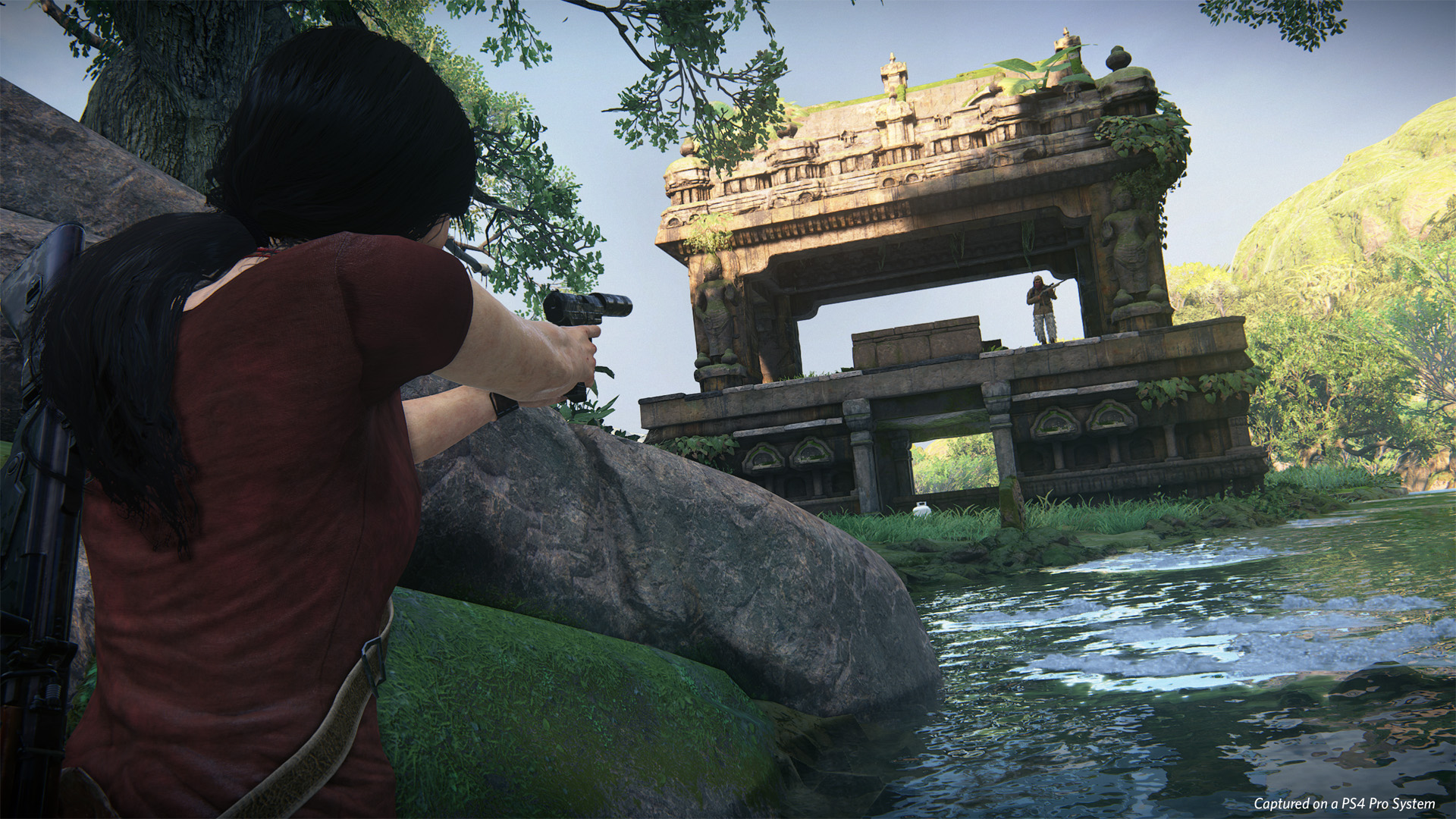 For a game that started as a DLC and is now a full-blown standalone game, I can truly say that Uncharted: The Lost Legacy is a gem. A game so high-caliber that only Naughty Dog can produce and perfect. A game with such stunning visuals that the transition from cinematics to gameplay is so seamless you don’t notice it at all.

This game has proven that Nathan Drake was not the only star of the game. Anyone that Naughty Dog brings front and center can truly shine with their creative writing and great character development. I am hoping there will be other characters that will be placed in the limelight. I also wouldn’t mind if they continue on with Chloe as she proves to be a very entertaining character.

If you’re a fan of Uncharted and Naughty Dog then this is an absolute must-buy and should be part of anyone’s collection. I can only imagine the success that this game will have and I’m pretty sure it’s going to be massive. I cannot wait for what else Naughty Dog has in store for us and I hope that with this game, there will be a lot more locations for us to explore in the world of Uncharted. 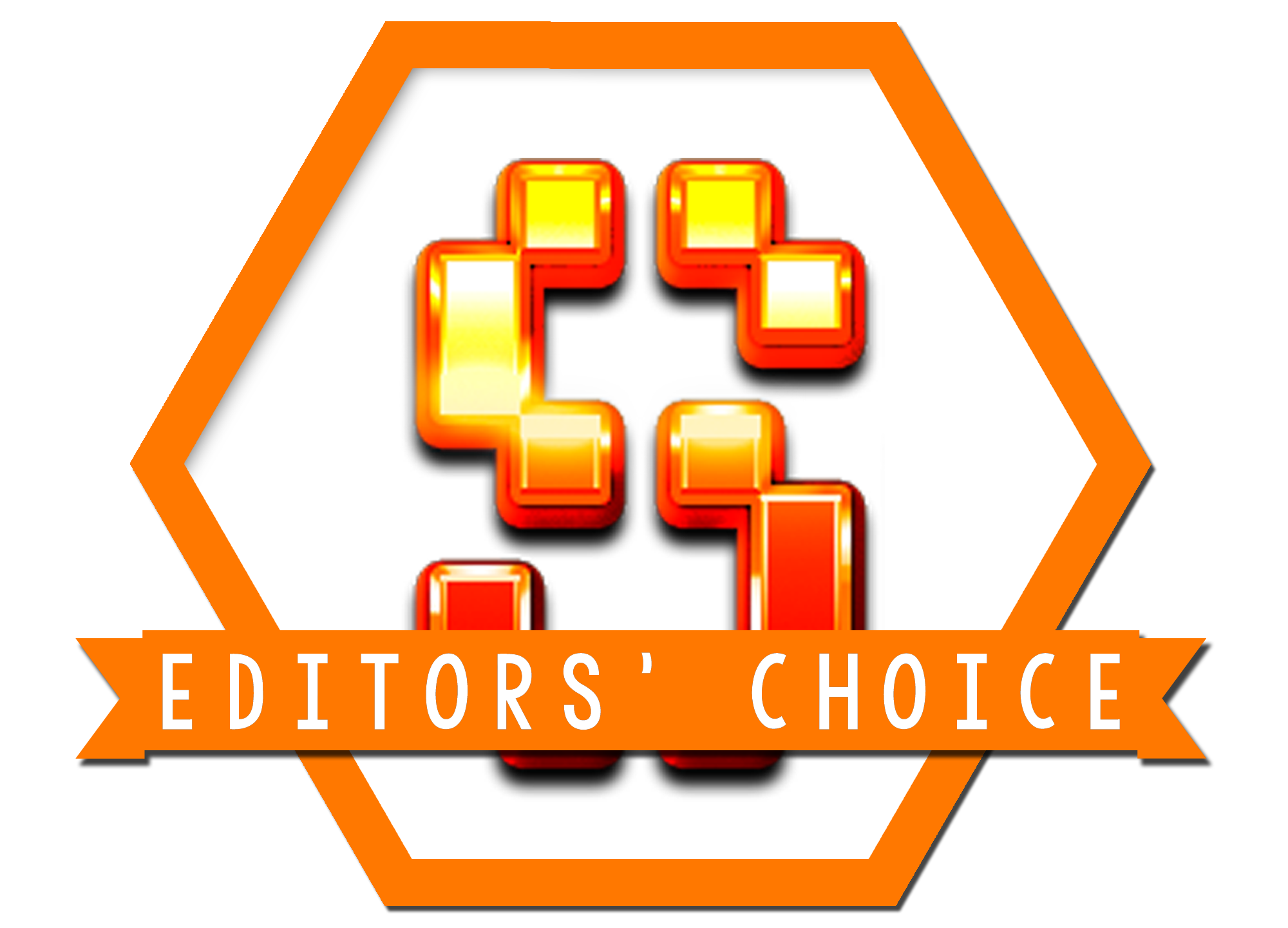 Editor’s note: A standard PlayStation 4 was used to review Uncharted: The Lost Legacy 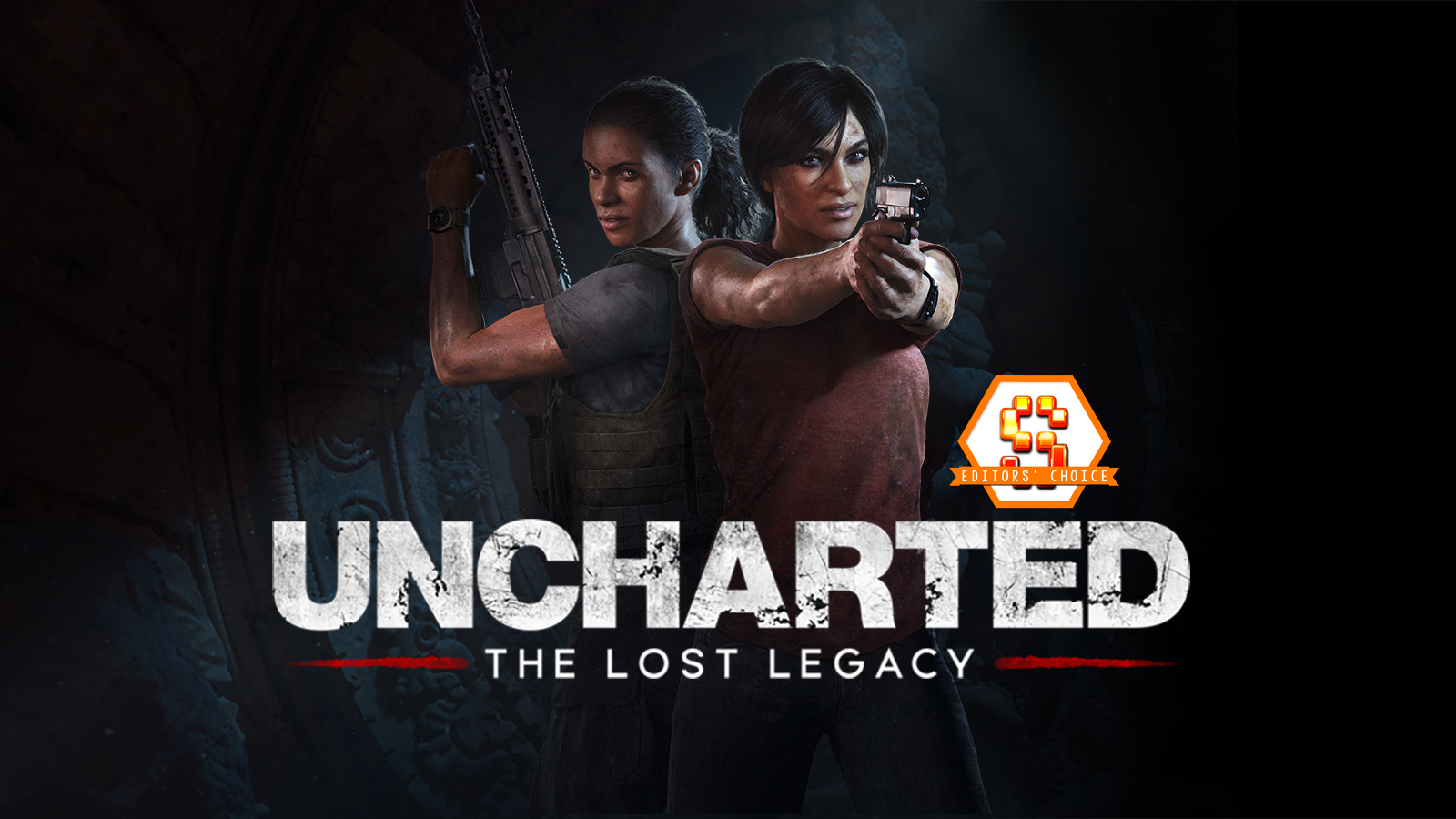