Uncharted: The Lost Legacy – What we know so far 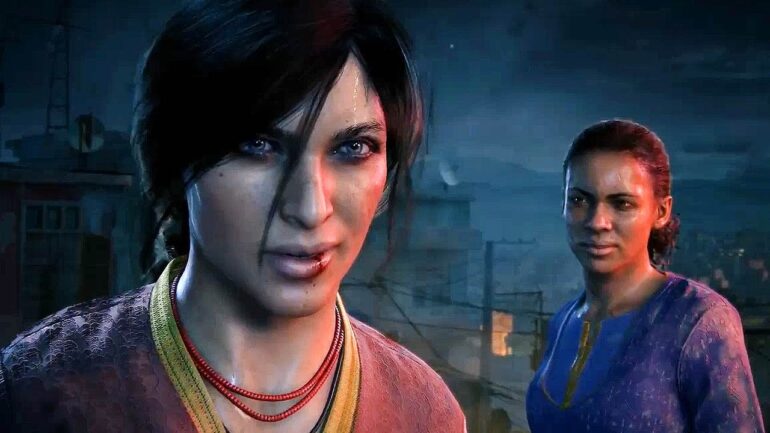 It’s just going to be 3 weeks more to go before all of us can get our hands on Naughty Dog’s upcoming Uncharted spin-off – Uncharted: The Lost Legacy. When Sony brought up that war-torn village and revealing the stars of its side-story, we were all excited for what is to come in Chloe Frazer and Nadine Ross’ adventures.

Let’s wrap up what we eventually know so far about Shaun Escayg’s installment in the Uncharted franchise.

Everybody was expecting that The Lost Legacy will be an additional story on Uncharted 4: A Thief’s End like The Last of Us’ Left Behind – it still is, just not a DLC. But in this case, Naughty Dog opted to do a standalone spin-off instead and offer something more interesting. It’s too big to be just a DLC, and this is why the studio wanted to do this initially-DLC-planned episode into a full-blown standalone spin-off.

3 – NATHAN DRAKE WILL NOT MAKE AN APPEARANCE 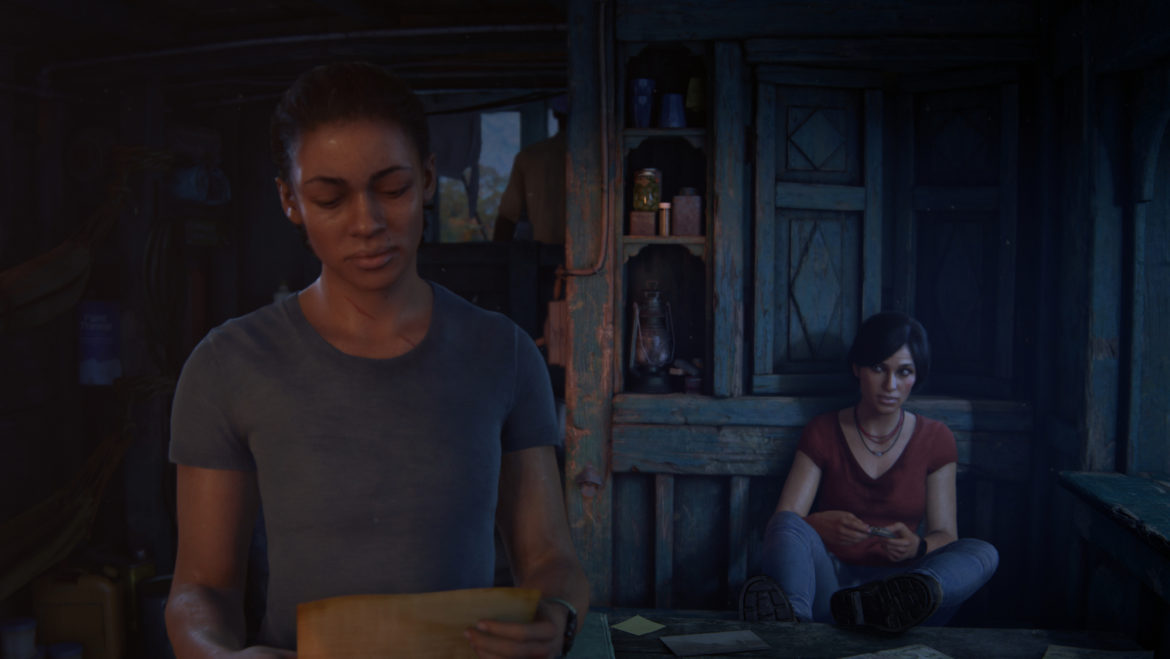 Arne Meyer confirmed it, even Shawn Layden, that Uncharted: The Lost Legacy will offer 10 hours of gameplay. Naughty Dog said that they can’t have this story short and that it offers much more than Uncharted 4.

It also offers this new additional gameplay mechanic too! Every treasure hunter needs to know how to lockpick right? Now, in Uncharted: The Lost Legacy, lockpicking is definitely there! It was shown in the latest gameplay video where Chloe was trying to lockpick the treasure chest. It’s not something innovative since it’s already been in other games like Assassin’s Creed, but at least a little addition isn’t bad.

That’s proven and it’s already a fact. The Western Ghats in India is by far the largest level ever than the other Uncharted games has to offer – it’s much more bigger than Madagascar in Uncharted 4: A Thief’s End. Naughty Dog took this opportunity to do an experimentation to see where it can take them and the Western Ghats is the best place to do it. Players are able to do more exploration and won’t be too linear like the other Uncharted titles.

7 – THE JEEP STILL EXIST, AND ALSO THE GRAPPLING HOOK

As what was shown in the trailers and the recent gameplay video that was taken from the preview event, the popular jeep and the grappling hook are making a comeback in Uncharted: The Lost Legacy.

The engine used, the HUD, crosshair, weapons, visuals, or let’s say 99% of what the game offer is still from Uncharted 4. Since Uncharted: The Lost Legacy was initially brought up as a DLC, it’s sensible that Naughty Dog will recreate the world using the same assets and visuals from Uncharted 4: A Thief’s End. It’s not all that bad, to be honest. If you look at how visually stunning Uncharted 4 is, it still didn’t age a bit. 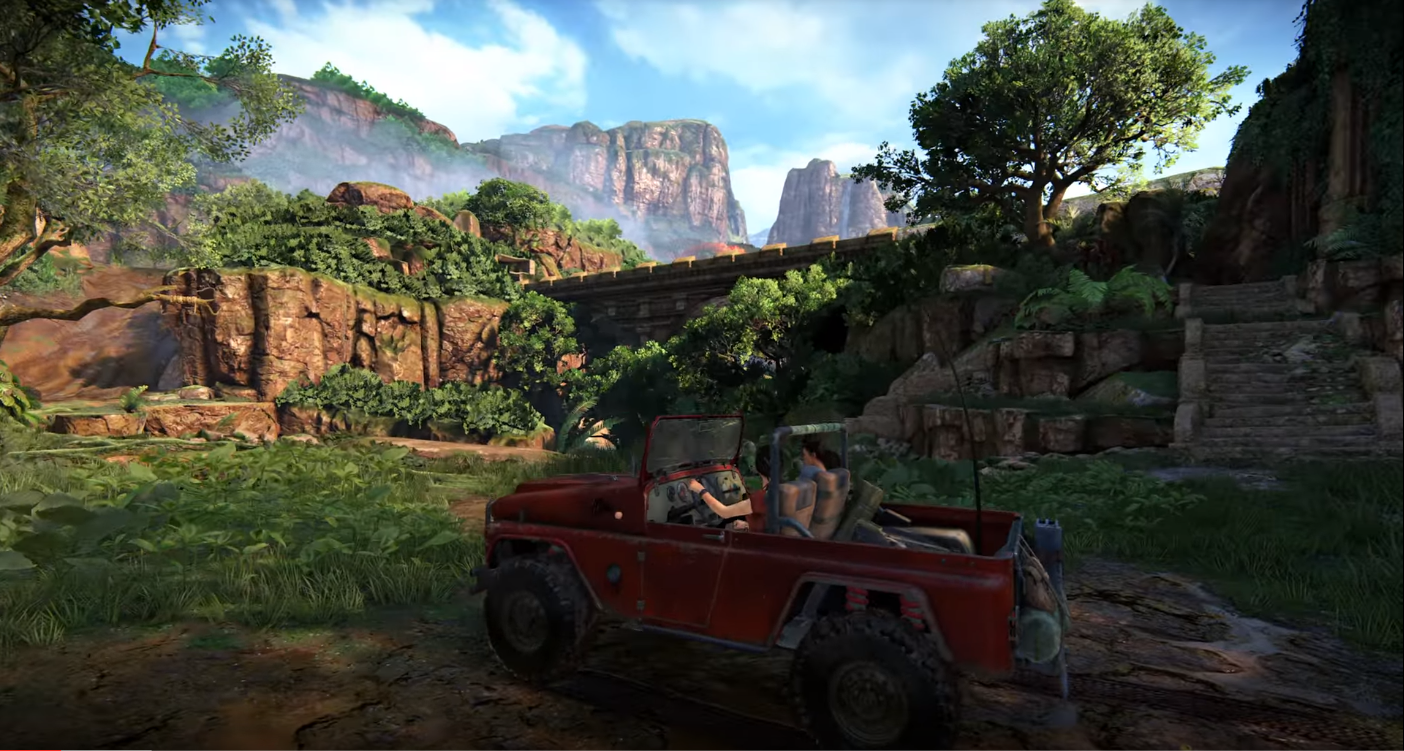 9 – VALUE OF UNCHARTED THE LOST LEGACY IS DAMN GOOD

For a full-blown standalone title that offers a decent amount of gameplay time for only $49.99 is just wow. It’s understandable that with Uncharted: The Lost Legacy’s engine is still technically Uncharted 4’s and nothing is totally revamped or re-coded. That means Sony and Naughty Dog are not overpricing the game and they want to make sure Uncharted: The Lost Legacy will reach not only the fans but the newcomers to the series.

10 – THE SENSE OF ADVENTURE IS BACK

In a recent statement by Shaun Escayg, Uncharted: The Lost Legacy will bring back that sense of adventure and also the feeling of being lost. With the level like the Western Ghats, players are encouraged to do more exploration to discover new things and surprises scattered around the place. There will eventually be those moments where we’ll be at “what, no way!” and we’re pretty excited for that!

Now, this is more of a personal opinion, but it’s actually a given fact that with its fan-base and the install-base of the PS4 and that Uncharted is one of Sony’s biggest exclusives, it’s going to sell well – or even better than Uncharted 4: A Thief’s End.

Are you excited for Uncharted: The Lost Legacy? Because hell sure we all are!