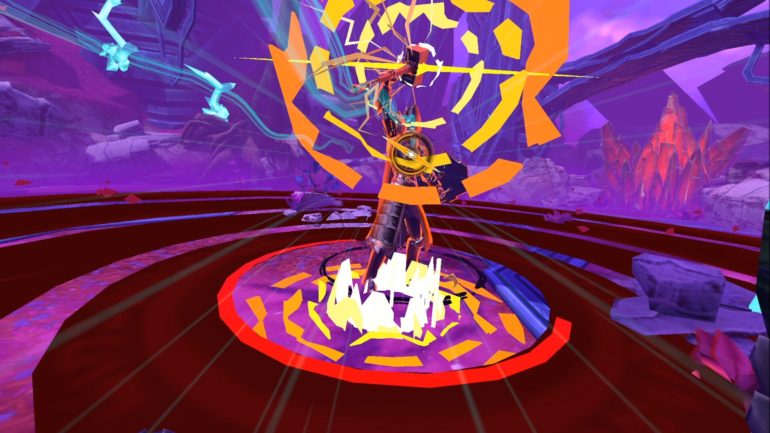 This is a game that has fantasy and synthwave collide and players become a Sword God with supercharged abilities. They can strike down hordes of magic-infused monsters in an intense neon hellscape.

The essence of the game is to capture the feeling of becoming that powerful Sword God. Players will journey on the corrupted lands of Rokar and kill dangerous creatures along the way. They can use different kinds of weapons and abilities to defeat their foes along the way and customized them to their personal taste. Each combination of weapons comes with its own set of benefits and opportunities, which allows players to self-express their own unique play-styles.

Since this is a VR game, it offers interesting VR interactions. Blocking and repelling attacks would need precise positioning, which encourages dynamic poses for the players. Using large swings of their weapons can deal a lot of damage on opponents. To claim rewards, players must crush crystals in the palm of their hands to claim their abilities.

By encountering and defeating more enemies, players gain in-game resource called Aether. They can use that to power up, upgrade and unlock weapons. Each encounter reveals enemy weaknesses and they learn tactics to take down their opponents in the next attempt.