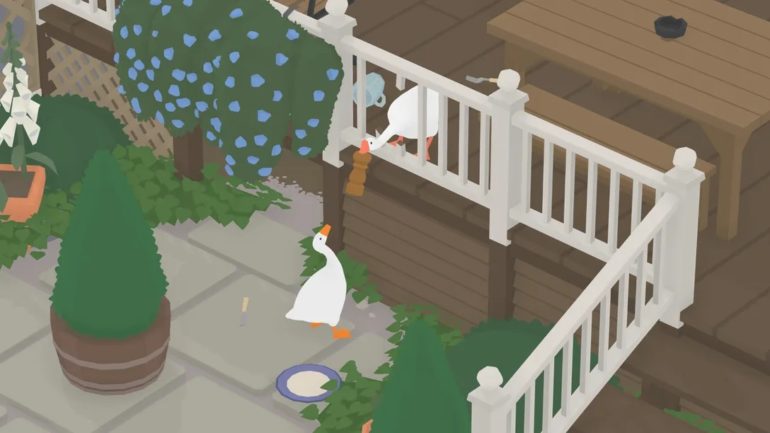 In a recent PlayStation Blog post, House House shares the steps on how they made multiplayer possible for their popular game. Founder Nico Disseldorp started with making a new goose for this new mode.

In terms of looks, we knew that players would need to be able to tell the two geese apart, but we also liked the idea that the characters in the game couldn’t really tell them apart. So we tried to find a way to make this goose look different in its details, but in overall terms look pretty much like the same kind of goose.

So to make this goose, we made the goose’s orange parts a bit redder, and made the goose generally a bit rounder and softer (especially the feet, tail and wings). We also added a bump on the new goose’s beak, which I’m told is called a “basal knob”. Apparently experts aren’t really sure what a basal knob is for, apart from making the goose look good. Finally, and perhaps most importantly, our sound designer Em Halberstadt gave this new goose a new honk.

The developer then shared the next step, which was to make the townspeople react to the second goose. In order to make this possible, they needed to make the characters a bit smarter. This was one of the biggest parts of tweaking the game because they had to make a character decide one which goose was to be prioritized at any given moment. It needed balancing because they needed them to stop both geese when needed, while also making sure the geese had many chances to assist each other when in trouble.

House House also confirmed that the two-player mode is local multiplayer, so it is made for two players on a single system. PlayStation players do have an option that they could play with another friend online. With PlayStation Plus, they can use Share Play to have someone join in remotely.