Unto The End Official Release Date Confirmed with Special Trailer 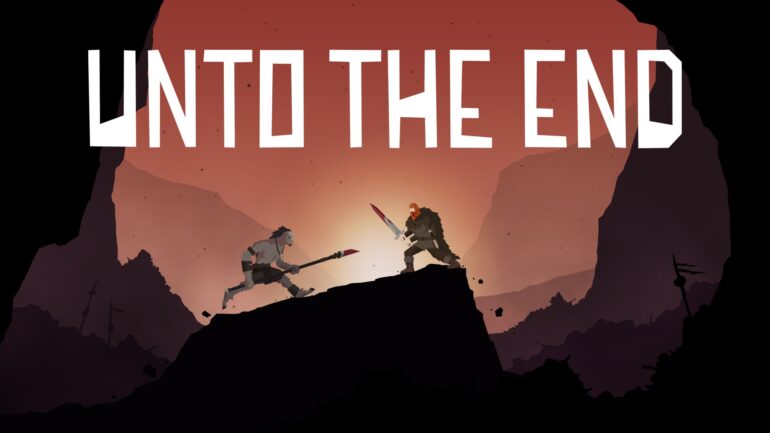 Handcrafted by 2 Ton Studios (aka husband and wife team Stephen Danton and Sara Kitamura), Unto The End combines full-blooded combat with breathless adventuring, and is set within a hostile, but beautifully realised and richly atmospheric world. Gameplay is demanding but fair, and places player skill firmly at the heart of the experience.

There is a new trailer introduced to celebrate the official release date and it offers a closer look to the game with commentary and insight from the developers.

“Unto The End has been the focus of our day to day for the past few years and it’s been fantastic to have such a great response to the game already,” said Stephen Danton, husband-half of 2 Ton Studios. “But now we’re looking forward to Unto launching and everyone having a chance to experience the world and adventure we’ve created.”

Unto The End is a challenging combat adventure game in the style of a cinematic platformer. The story is simple: get home to your family. Master read-react combat in intense sword fights. Spot opportunities to trade and use items. An adventure told through your actions, how will you make it home?

Key features
• Read-React Combat: One of a kind combat system focused on skill and mastery, designed and built from the ground up specifically for 2D. Fight intelligently and strike tactically with your sword and range weapons in fierce one-on-one and group battles
• Handcrafted Encounters: The adventure unfolds through carefully crafted encounters, each featuring intelligent, worthy opponents, all with their own motivations and place in the world
• Player-Skill Focused: A challenging single-player experience with minimal handholding. All the father’s abilities are available from the outset and mastery of those skills, as well as keen observation of your surroundings, are key to survival and success
• Unforgiving Terrain: From cavernous underground ruins to harsh mountain peaks, overcome environmental challenges and deadly traps as you travel through a world of meticulously crafted landscapes