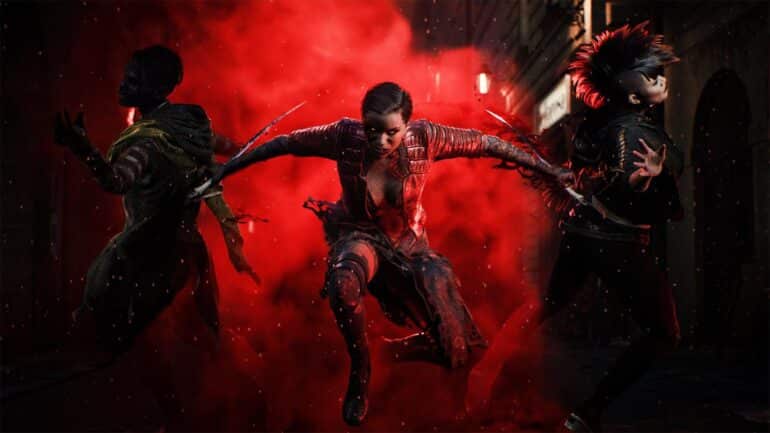 Vampire: The Masquerade – Bloodhunt is the newest addition to the Vampire: The Masquerade franchise. It is a third person shooter with a battle royale gameplay that has its characters closely tied to the lore of the World of Darkness. Along with the usual weaponry used in most recent shooter games, players get to use supernatural abilities, most of which are usually tied to vampires in traditional myths. But how does vampires mixed with guns fare?

For the purposes of brevity, the game will be referred to as Bloodhunt from here on.

Nowadays, shooters with different themes can be found and played on almost every console or platform available. There’s a plethora of themes that people can pick depending on what they fancy, from historical wars to sci-fi. So hearing about Bloodhunt being a mix of vampirism and gun fights seems like a novelty. As to how long this novelty would last being fun would depend on how much content the game will receive in the coming months.

Bloodhunt’s advantage over other shooters is that it sits on top of a well-established, lore-rich world to which the character archetypes are based on. Before moving on, it’s best to give just a quick and very brief summary of the lore. In the World of Darkness, vampires all originated from Cain (yes, that Cain, Abel’s brother in Catholicism) who was cursed by God with vampirism. Cain then had progenies, who also had progenies of their own, all of whom were also cursed by vampirism, albeit every proceeding generation’s vampirism get slightly weaker.

From the third generation came the Antediluvians, basically those who survived God’s flood, and from them rose the founders of the different clans. Some of these clans have had their quarrels from their differing beliefs for centuries, some of them have sought to become allies, while some preferred to stay away from society. Most of the clans, however, have agreed on to one thing, and that is to put up The Masquerade which is a set of laws that aims to protect all Kindred and allow them to survive amongst mortals without making the mortals wage war against all of them.

Those clans who uphold The Masquerade do all that they can to still prey on mortals and drink their blood to get their vitae, the stuff that they need to survive, all the while not provoking humanity to retaliate by keeping the existence of vampires a secret. Those who break The Masquerade are dealt with a heavy punishment: the Final Death which is done through the ritual known as the Blood Hunt. This is where Bloodhunt the game comes in, though the developers had to do some changes to the narrative of how the ritual of the blood hunt works to be able to use it as a setting for a battle royale game.

In Bloodhunt, the blood hunt ritual is portrayed as just a side-mechanic in which those Kindred who are caught preying on mortals by other mortals will trigger the blood hunt ritual and will gain a marker on their head. They will then have to survive through it by any means until the timer runs out. Once they do survive, they’ll just lose the target on their head, that’s all. The main reason why the Kindred are fighting each other in Bloodhunt is because they just want to be the last remaining vampire in the city; it’s quite a tangent to the purpose of its namesake.

Moving on to the Archetypes, they are basically the classes that players can choose to play as. Each one of them has clan specific powers that they share with some of the archetypes, and they also have passive and active abilities of their own. These abilities range from echo location, tough skin, concealment, healing, traps, just to name a few. All archetypes are available to be played right away. The only progression tied to each archetype is the different kind of perks that can be used as they level up.

As of Bloodhunt’s release, there are only seven archetypes to choose from, coming from four of the clans in the game’s world. There are thirteen clans in the World of Darkness, and it is up to the devs on whether they would add more archetypes from each of the other clans. The number of available choices so far is a bit small, which is understandable for a game that just got released, but at least getting one from each clan would be more than enough. We would love to see archetypes coming from the Gangrel, Ravnos, or Tzimisce clans which have the most potential out of the remaining clans due to their interesting traits and backstories.

For its gameplay, it’s still your usual battle royale. There’s still the creeping red fog that slowly kills a character that’s caught in it. The safe zone is not a perfect circle, which is quite a refreshing take to see, though the irregular shapes that it takes can sometimes make it tricky to get to the next safe zone. Loot and weapons can still be found lying around in certain spots, inside chests or even inside the backs of some utility vehicles like police cars or ambulances.

The most unique things about its gameplay are those that have something to do with vampirism, at least they are unique in the way that they are executed. There are special buffs called blood resonances which you can get by sucking blood off of mortal civilians that are just hanging around in the city. This is where the blood hunt mechanic ties into as a player can trigger one if they are not careful when feasting.

There is also the Diablerie mechanic where a player can diablerize a downed enemy player to finish them off and also get something out of it such as a full heal and a blood resonance slot. This mechanic incentivizes finisher kills, but it also introduces another layer of decision making on whether to diablerize a a player or just kill them off, which usually depends on how safe the player is from getting ambushed mid-diablerie.

As for its game modes, Bloodhunt is still obviously lacking at that department. So far, there are only the solo and the trio battle royale modes, all done in the only available map in the game. It could certainly benefit from adding more types of bigger and more complex game modes that really embrace the lore of the warring clans.

Not to mention that the game is only available through PC and PS5 which may make the player base dwindle down fast and all that will be left are just those who really play for the ranks. If Sharkmob doesn’t pump the game with fresh, new, and enticing content in the next couple of months, the game will go old really quickly.

As for its visuals, it’s not dated, but not that great either; it’s somewhere just above the “ok line” for it to be considered as a current gen game. The thing is that the game is taking advantage of the fact that vampires can only be active at night, and therefore the city of Prague is always shrouded by darkness. The dark setting hides most of the roughness of the visuals, but not to the extent that it becomes too dark to be playable. Don’t expect that there will be a map set in daytime, although that could be a fun gimmick mechanic in a game mode.

The only redeeming factor that Bloodhunt has for now as a free-to-play battle royale is the mobility and verticality that players have during matches. Sure, other games have flight and other better ways of scaling structures, but there’s just something so fun about climbing really fast on the side of buildings, and leaping across huge gaps from one roof to another. The movement has almost perfect fluidity with just some minor bugs from time to time.

Overall, it’s true that vampires and guns are a really weird and awkward combination, especially in the context of The Masquerade. On one hand, the Kindred make huge efforts to keep the vampire kind a secret to the world, on the other, they go guns blazing in the city of Prague, blood hunt be damned because you can simply outlast the timer anyway. It does give a sense that the franchise was just used as a way to sell a novel theme for yet another battle royale shooter.

It has been mentioned a couple of times in this piece now, but the success of Bloodhunt still heavily relies on how much content the devs will keep on putting on this game. They will have to strike the right balance and quality of the next new game modes, archetypes, and possibly game mechanics to invite players who are unfamiliar with the franchise, as well as invite long time Vampire: The Masquerade fans to try out this weird concoction. The concept has potential, the sparks just needs constant fanning to catch on to a larger player base and become the next hit battle royale. 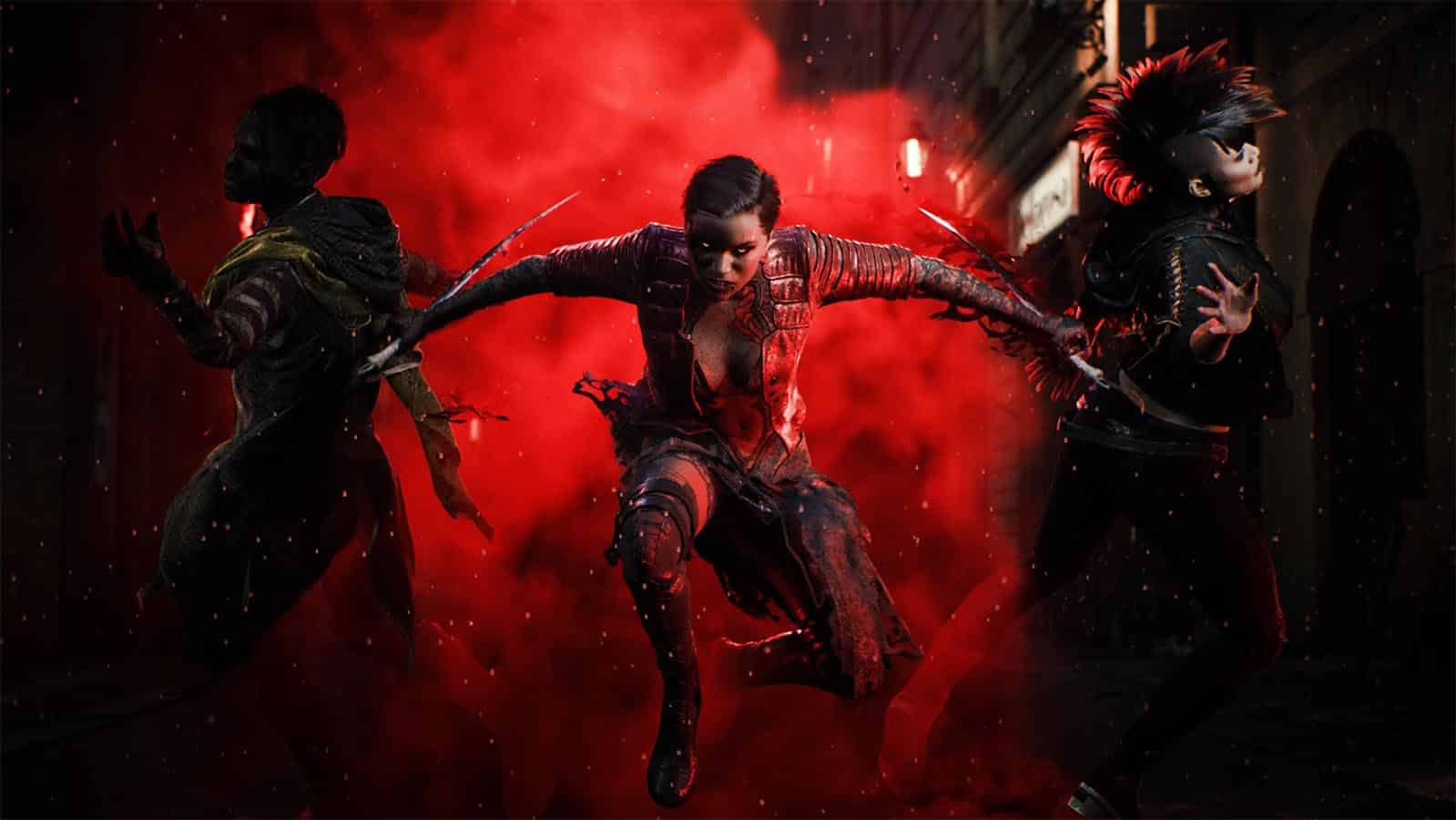 Vampire: The Masquerade – Bloodhunt – Review
Score Definition
You better have to choose if it’s worth spending your spare cash, because it might not be the game for you and it might be for others.
Pros
Verticality and ease of mobility throughout the buildings of Prague is fun.
Cons
It's vampires with guns. A weird mix and not much of an outstandingly good combination.
6
Justified