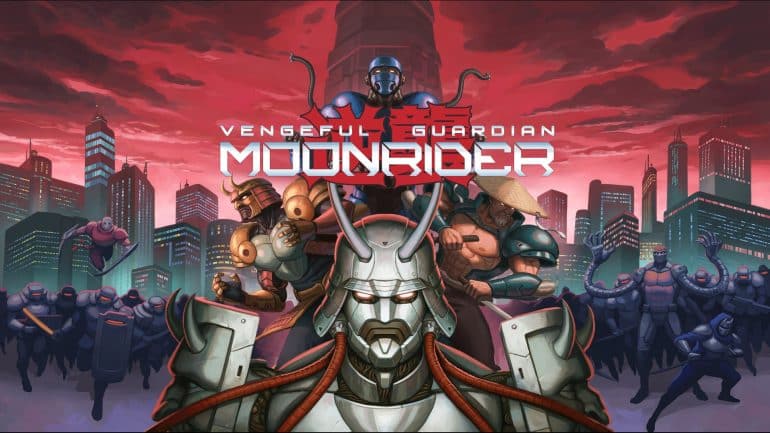 Hoo boy, was this game a doozy with how fast and tight the action was, and its story is somewhat better than some of its relatives. This time, we’re reviewing Vengeful Guardian Moonrider, a game quite similar to Hagane and Ninja Gaiden on the SNES and NES respectively.

Developed by JoyMasher and published by The Arcade Crew, you play as Moonrider, a robot ninja who rejected its programming and is out to stop the government from oppressing its people, somewhat forming a mix between the previously-mentioned Hagane and The Ninja Warriors, giving out its own thousand flavors of fun. Releasing last January 12, 2023, on the PC, Switch, PS4, and PS5, it came out much to the appreciation of a lot of people with its tight gameplay, nostalgic visuals, engaging stages, and blood-pumping music.

Set in the fictional country of Penrai, where an oppressive governing body is slaughtering protesters and reporting them as just “arrested” is running rampant and a resistance is forming against them. Moonrider, originally a robot built to serve the ruling body and the main character, mysteriously defies his programming and goes rogue, going on a one-bot mission to destroy the other robots serving under the regime and take everything down by all means. Each stage cleared shows snippets of the development outside the building, which in turn makes everything even tenser once you put two and two together.

The music is nice and fits the stages, whether you’re making your way through the city’s highways and shooting down enemies on your motorbike or working your way through a water treatment facility, the soundtrack makes you feel the right mood for the situation, especially when things start getting frantic on sub-bosses or even the boss fights which leaves you near-breathless if it’s your first encounter with them.

The gameplay is quite reminiscent of titles that had robots and ninjas in ’em, like a good blend of Ninja Gaiden and Hagane, minus the hair-tearing frustration and over-planning. In this game, if you screw up, that’s entirely on you and you alone. It might take some time to really Git Gud, but considering the level of practice you can get thanks to its ranking system, you can get an S-rank on every stage after a few runs, especially if you understand the enemy mechanics and get their patterns down flat, which the bosses are strangely-subject to.

From sub-bosses to end-stage bosses, they do suffer from NES Boss Syndrome, meaning they have patterns or have an AI that can be easily baited to open up their defenses, allowing you to make quick work of them, and even then, they can still hold a decent challenge as some patterns suddenly break and you get hit, possibly risking a drop in the end-of-stage ranking or worse, land in the lower ranks and have to run the stage all over again to gain a satisfactory result.

Power-ups come in the form of Chips, which you can equip 2 of, allowing players to try and build their own setup, changing your playstyle drastically, such as a chip allowing you to jump twice or extending your blade’s range, or even allowing you to regain HP and SP by killing enemies or gradually recovering small bits as time passes. Other power-ups come from obtaining enemy skills gathered after beating a boss the first time, expanding your armament like how Mega Man gets his, but the use of those can be optional considering Moonrider’s blade and moves are more than enough to put those enemies down.

Vengeful Guardian Moonrider offers you a great time for its cheap price, and there’s even its soundtrack released as DLC via Steam. It’s a good game for an efficient price, giving you pulse-pounding action with great platforming and an unchangeable difficulty which keeps on giving you challenge on challenge per stage, what’s not to love? 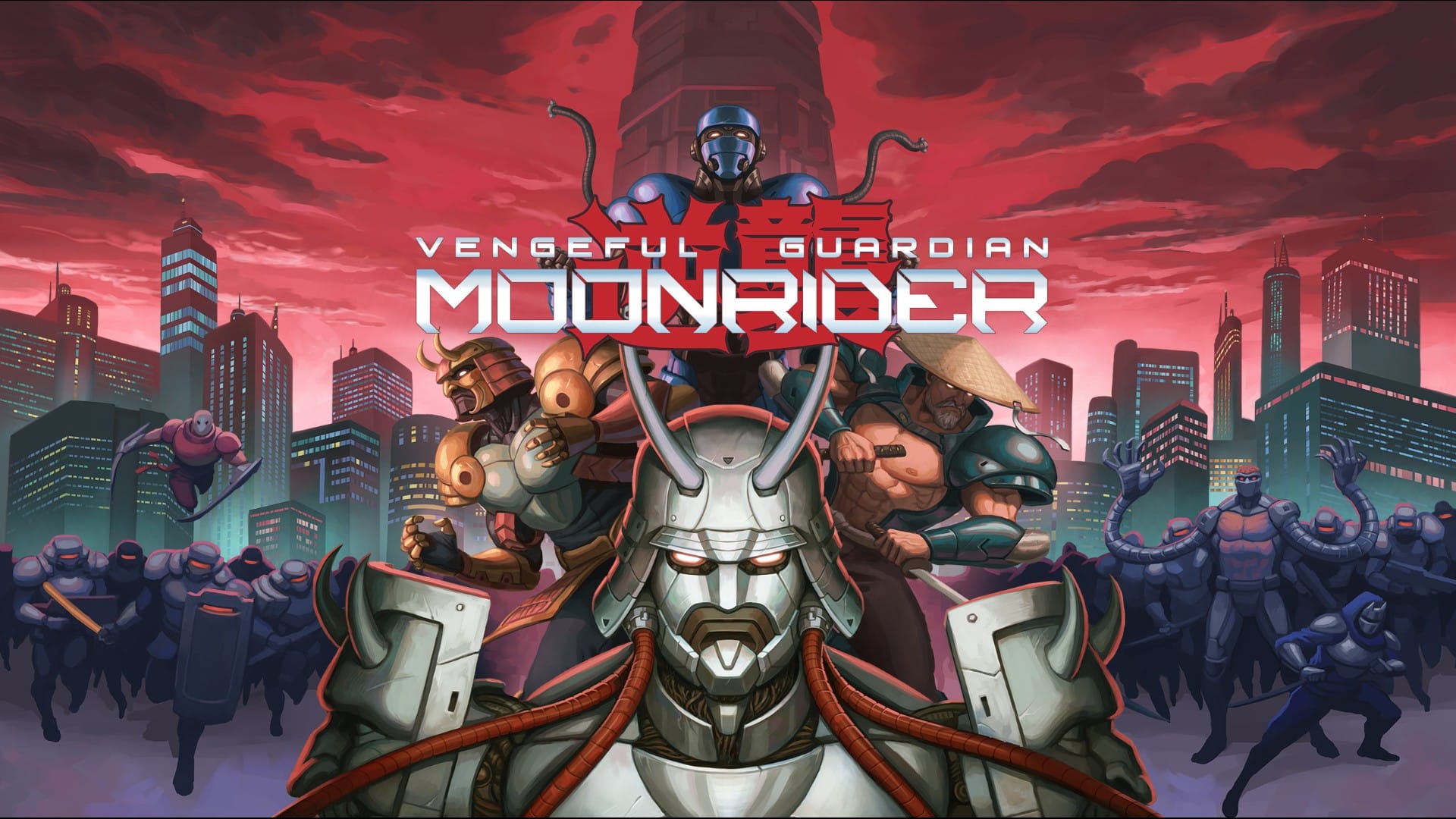 Vengeful Guardian Moonrider – Review
Score Definition
We tell you, it’s a good game! It’s not average! It might have some problems here and there, but you must admit it is a “Good” game
Pros
Soundtrack is amazing and worth the purchase in Steam.
Highly-responsive to inputs.
Boss battles are tense and fun.
Cons
Bosses usually sink to NES Boss Syndrome and their patterns can be easily-read, can just charge in with a full life bar and just attack fiercely, you'll win most of the time.
A bit on the short end.
7
Good