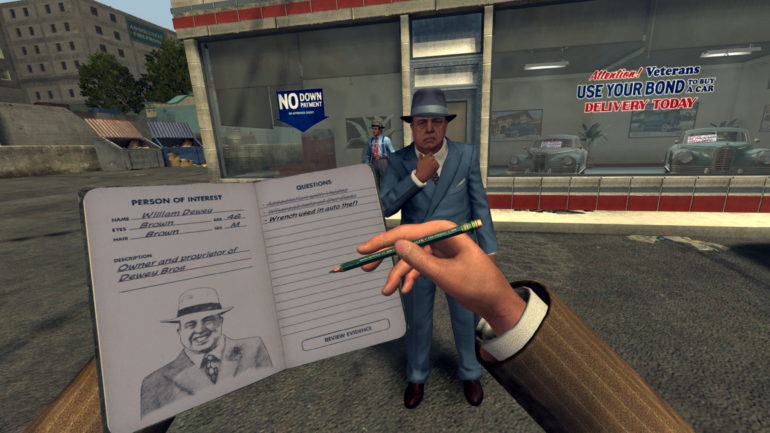 Game developer Video Games Deluxe, the guys behind LA: Noire The VR Case Files, have recently announced they are working again with Rockstar Games on a new open-world VR game.

The announcement came from the developer’s LinkedIn account. It states:

Having finished the critically well received L.A.Noire: The V.R. Case Files we are now gearing up for a new project, a AAA open world title in VR for Rockstar. 2020 marks our 7th year of working exclusively for Rockstar in Sydney and we are excited to taking on this ground breaking project.

Several job vacancies were revealed, which includes engine programmer, senior programmers, animator, and designer. All of these jobs will be located at the company’s Sydney studio. Each of the jobs has the phrase open world AAA VR project attached, which means each of them are involved in this exciting new game. No other details were revealed unfortunately.

This could mean that the developer is working on an original IP now or it could also mean a VR mechanic for existing titles from Rockstar.