Voices of Protest: Musings on the SAG-AFTRA strike 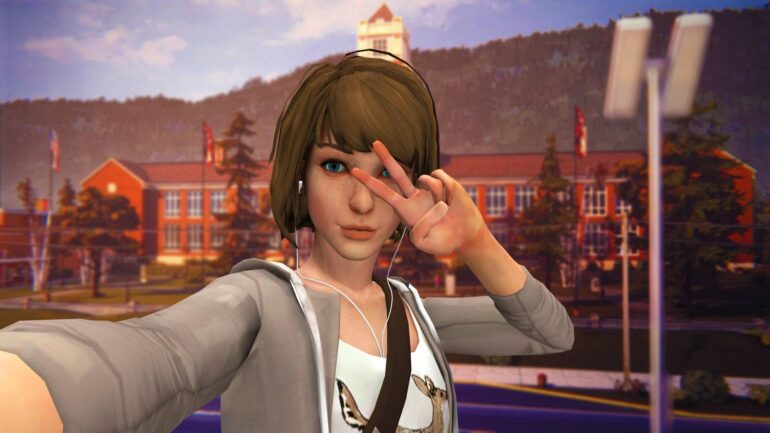 A lot of you may have heard the news that Ashley Short will not be lending her talents to Life is Strange 2, and a lot of you might be upset about it. This isn’t really because Short didn’t want to come back – it’s because she’s part of the Screen Actors Guild and the American Federation of Television and Radio Artists, abbreviated as SAG-AFTRA, and they’ve been on strike since 2015. While it’s a stretch to say that Dontnod Entertainment is mistreating Short, and they’re not, to be honest, it’s more accurate to say that a lot of vocal talents feel like the game industry as a whole is undervaluing what they bring to the table.

I’ll admit that I’m not too familiar with the intricacies of the SAG-AFTRA strike, but here’s what I’ve gleaned through a bit of research – the union has decided that they would like better treatment as a whole from what has been historically a by-contract and by-commissioned labor industry. SAG-AFTRA wants their members to be given full (or at least a great amount of) disclosure regarding the roles that the talents are to be given, down to the script and if it will be vocally taxing to the actors. On a fundamental level this is important to both parties as it allows the actors to do research into the roles or prepare for taxing recording sessions, and they may be able to negotiate for separate sessions for screaming or otherwise, so long as they still fulfill the required weekly work hours.

That said, game development can get fickle and secretive – it’s happened that voice actors are signed on but aren’t given their scripts in advance, or aren’t told that they’ll need to do a lot of screaming or groaning. This can damage their vocal chords or put them out of commission for a few days – days that they could have spent working and recording. And it’s not like recording for games is all these people do: voice talents like Matt Mercer do Youtube and Twitch streams and others do dubs for foreign shows and anime. While this treatment is bad from the perspective of the actors, it’s also necessary for companies to keep information tight from leaks – and this tends to become more difficult the larger the company gets.

One other thing SAG-AFTRA wants are residuals – these are kind of like royalties but are determined mostly by sales or if a work is to be republished or rebroadcast. This essentially means that if a game exceeds a certain amount of sales or is distributed outside of the originally agreed on channel (i.e. it’s been remastered, etc), the voice talents are paid money for it. This is a good idea for actors and singers but somehow the same logic is taken differently in the game industry – the argument in the industry’s defense is that programmers and artists don’t get residuals for THEIR work, which is definitely more important to the game than the vocal talent’s work it. To this day, SAG-AFTRA is on strike and refusing to work with many big name publishers, including EA, Insomniac, Activision and Take 2 Interactive.

I find the whole affair kind of bizarre – while I do know that voice actors aren’t necessarily paid the highest for their work, I’m more familiar with voice talents in Japanese anime and music, where it’s not unusual for voice actors (especially female ones) to branch into singing or acting roles in order to build their brand. While the American voice actors may have impressive resumes, game companies (and to some extent, animators) generally don’t rely on popularity or their particular brand image to sell their properties. It’s usually afterwards that we find out that a favorite character has been voiced by a particular voice actor. 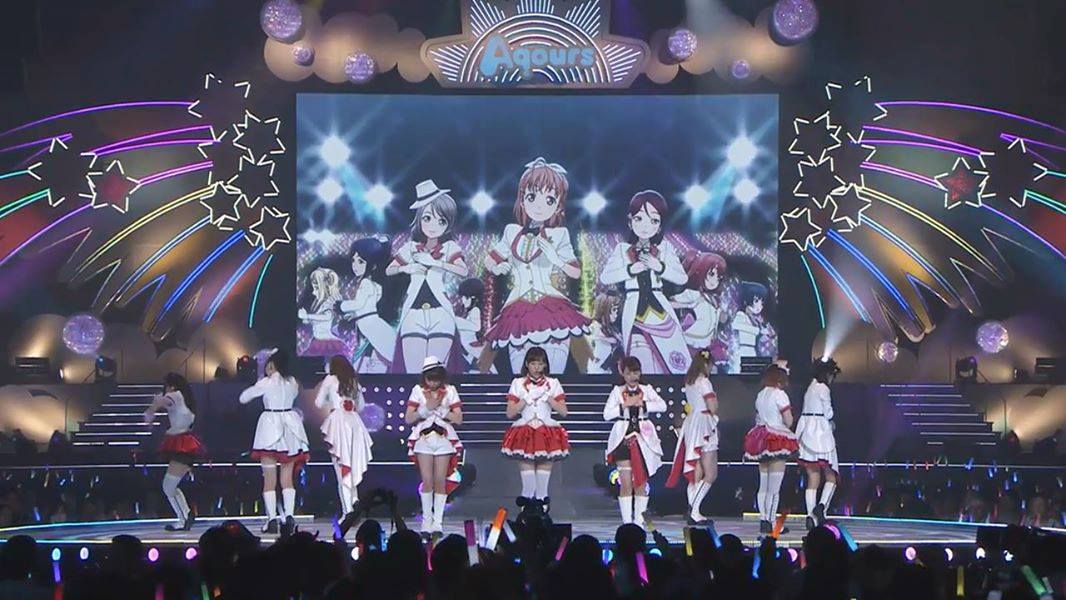 In the anime fandoms, before we even see a shred of animation, we get easily hyped if we see popular names like Ono Daisuke or Hanazawa Kana on a roster list. The same is true for mobile games – we’re more likely to buy into a game if there’s a character being voiced by a seiyuu that we really like. It sort of helps that the seiyuu actively promote themselves – or in some cases, are heavily promoted by the company, as is the case with game/anime hybrid properties such as Love Live and the Idolm@ster series that have concert tours across Japan to promote their brand. Rarely do I hear the same about voice actors in western video games, and outside of next-to-household names like Crispin Freeman or Tara Strong, voice actors are less likely to pull in crowds at game events or to become selling points for a game entirely.

Seiyuu also help promote the properties they work on over Twitter and other social media – one such seiyuu, Nobunaga Shimazaki (who is the voice of Nanase Haru from Free!), actively participates in livestreams for the popular mobile game Fate/Grand Order, and posts screenshots of his in-game progress on Twitter. He’s not the only one – it’s an unusually common phenomenon for seiyuu in games to be playing the games that they’re working on and promoting them on Twitter. I’m not saying that the western voice actors don’t promote their games or anything, but it’s one thing to just tweet that “Hey, the game that I’m in is out”, and another to personally appear in official announcements while cosplaying the character you voiced! 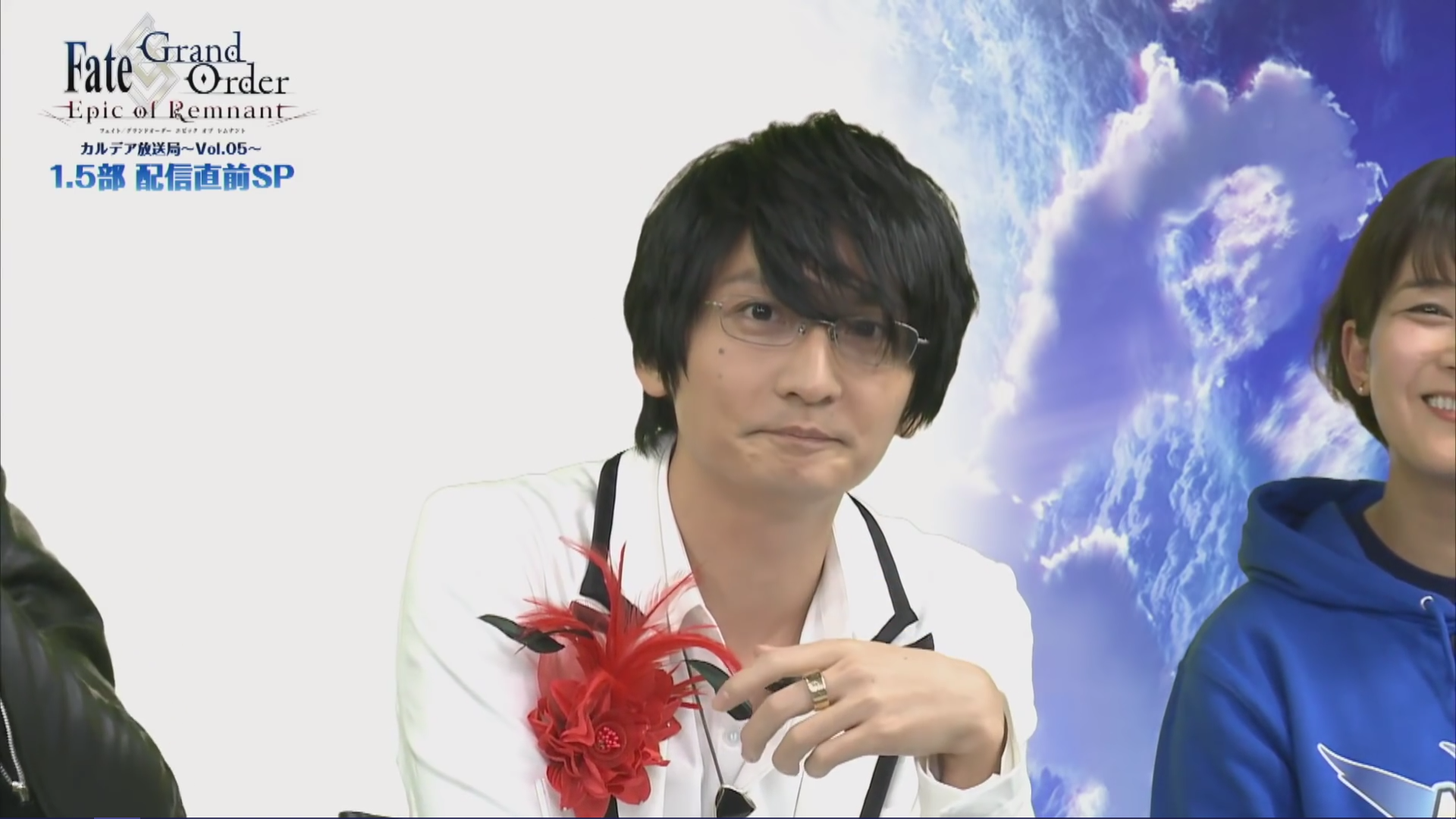 An exception to this has been Overwatch – the Overwatch voice actors seem to take active roles in promoting the game on social media and Youtube. Clips of them dancing and goofing off in the style of their characters can be found all over the internet, and there are various interviews and let’s play style videos involving some of the actors playing Overwatch on stream while voice chatting with random players.

This to me is a really cool take on marketing and character development as this hasn’t really happened elsewhere in the US – you don’t see League of Legend or DOTA voice actors playing on stream. I’m not sure how much hand Blizzard has in these little marketing stints but I think that it’s a great move on their part to keep players at least involved with the IP even if they’re not necessarily actively playing the game. It’s also notable that Blizzard isn’t on the list of companies that SAG-AFTRA is on strike against. 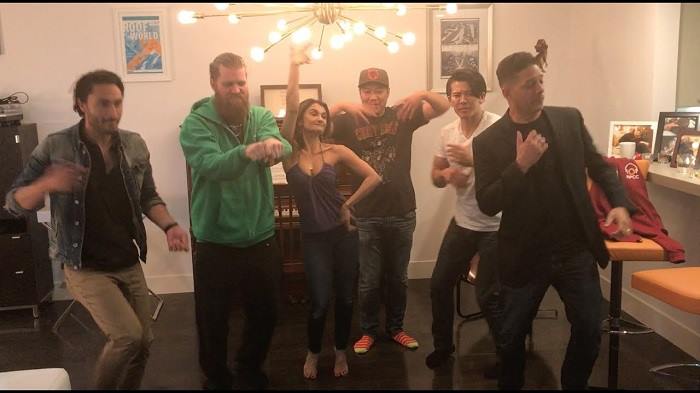 While I do feel that voice actors are a huge part of video game development, in America they’re not huge factors to attracting players who would otherwise be uninterested in your game. Take Life is Strange 2 – if you were a fan of the first one, you’d probably be interested in the sequel, regardless of if you were really blown away by the voice talent or not. People don’t buy games like Uncharted or Horizon Zero Dawn because they saw their favorite voice talent was going to play a role in it.

Heck, you’d have better luck attracting sales if you got Pewdiepie or Markiplier to do voicework for your game – and that’s because they’ve got established fanbases elsewhere that you could tap into for new players. It might be a good idea for these voice talents to really try and build their brand elsewhere if they want their strike to be more effective. Interestingly, some developers might actually have more pull than most voice actors – literally anything involving Hideo Kojima for starters is going to generate more interest than something involving a big name voice actor.

Don’t get me wrong – I truly hope that the game industry starts paying their voice talents more and treating them better – but it’ll take more than just a strike for that to happen. There has to be a big shift in how people see voice actors, in how voice actors promote themselves and their brands, and how fans and customers support their favorite voice talents. While I doubt that the situation in the US will be on the same level as of that in Japan, I do think that there is a happy medium to be found somewhere… just not here. Not yet.