What the WAAAGH! Warhammer 40000 Shootas Blood & Teef Launches on October on PC and Consoles 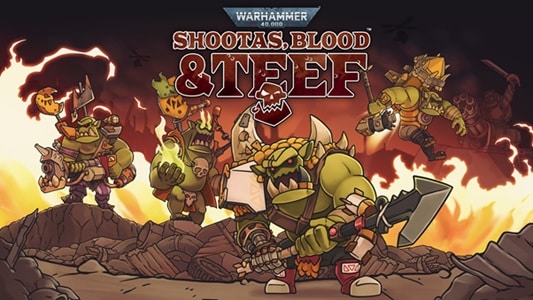 An explosive new trailer showcases the bombastic hand-drawn game in action, complete with da boyz getting their mitts on loadz of shiny gubbinz, massive Ummie Knights, and a taste of the face-melting metal soundtrack, composed by Deon van Heerden.

A new and improved demo is now available via Steam as part of the Warhammer SKULLS 2022 event.

Warhammer 40,000 Shootas, Blood & Teef is a hand-drawn 2D run and gun adventure taking you on a wild ride of dakka, gore, and explosions! Krump your way through the hive city of Luteus Prime; battle Humans, Orks, and Genestealer cultists; and ultimately recover your luscious hair squig from the hands of the Warboss Gutrekka!