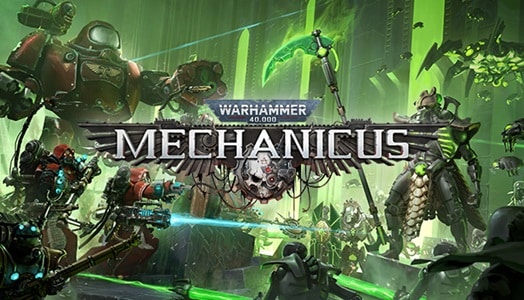 To celebrate the occasion, the game will be taking part in the Warhammer Skulls Festival that is running right now through June 8th, 2022, and will give Warhammer fans the opportunity to purchase the thrilling base game, which is now also fully localized in Japanese, with its biggest ever discount to date at 80% on Steam.

Furthermore, the Heretek DLC, official soundtrack, and upgrade to Omnissiah Edition will also feature in the event with a 55% discount on Steam.

All console stores will too receive their biggest ever discounts with 70% off (30% off in Japan) on the Nintendo Switch, Xbox One, and PlayStation 4 versions.

As part of the Warhammer Skulls, Xbox Live Gold and Xbox Game Pass Ultimate subscribers will be able to experience the full version of Warhammer 40000 Mechanicus for free during Xbox Free Play Days from June 2nd – 5th.

And finally, for the first time, Epic Game Store customers will be able to wishlist Warhammer 40000 Mechanicus ahead of its launch on the platform later this year.