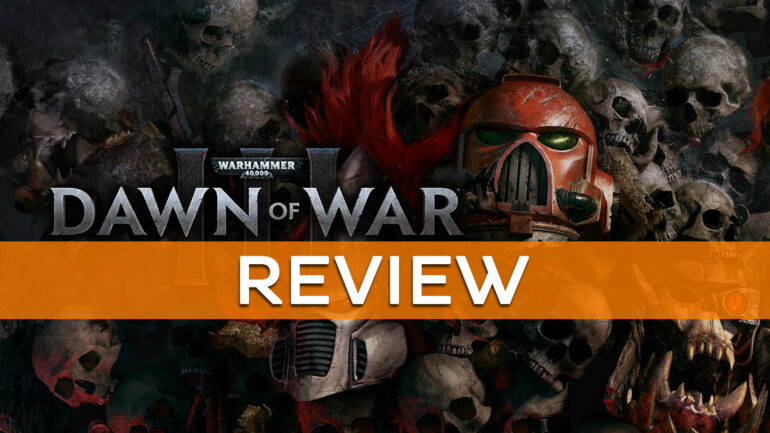 I am not too sure what I have been playing. It has the Warhammer 40K brand on it, it has the Dawn of War name on it, but why does it feel like any other real time strategy game? Where was the innovation that Dawn of War brought to the table when it first came out? 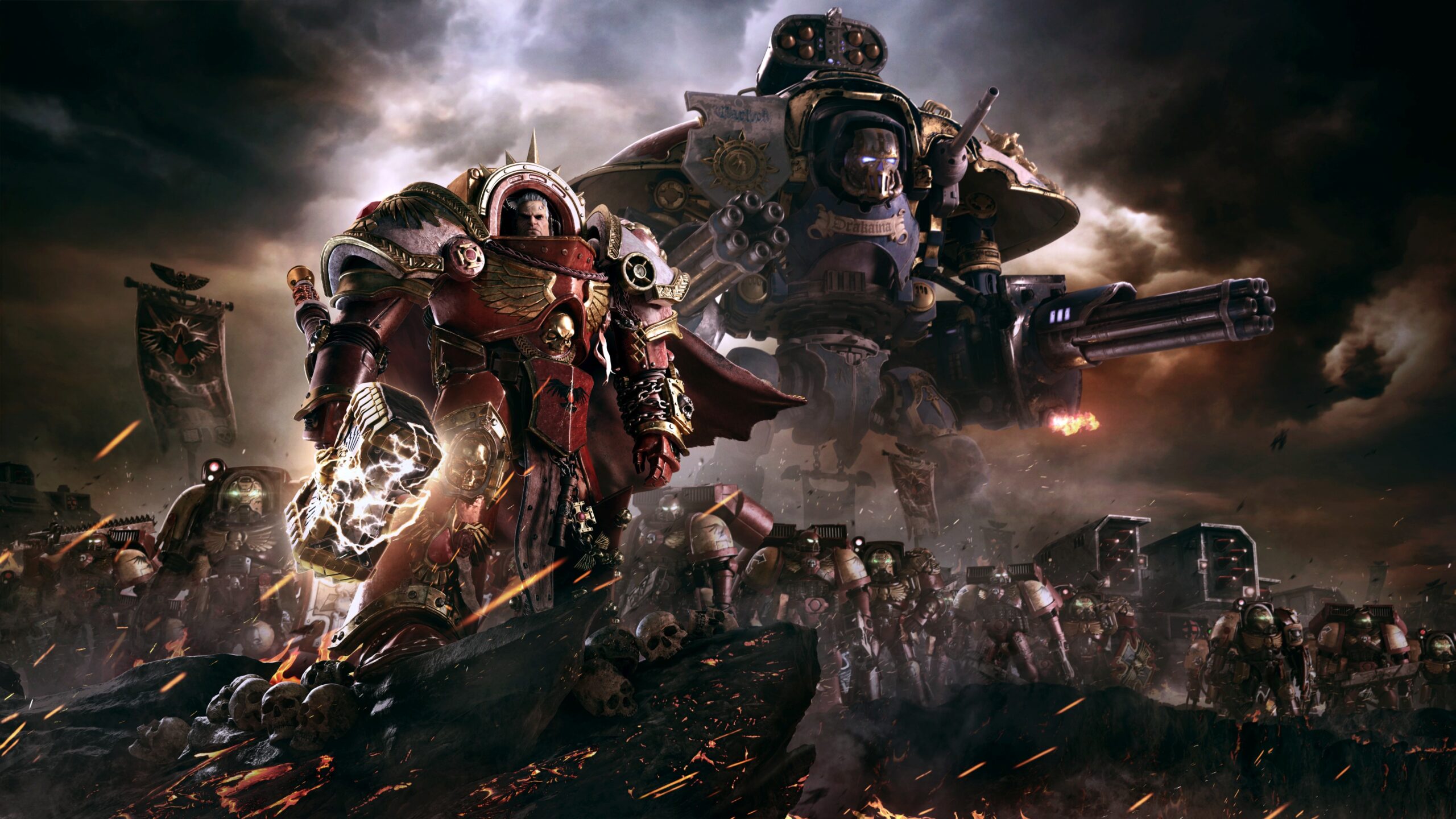 Dawn of War 3, developed by renowned developers Relic Entertainment, is set in the grim dark future of the 41st Millennium, with various races and factions fighting a near constant war against each other. To theme your game on Warhammer 40K is one thing, but to capture the setting is another and sadly Dawn of War 3 has opted for a streamlined experience.

The core gameplay has been radically changed, primarily how games can be won and several other mechanics. In comparison to most RTS games where you have to destroy the enemy base to win, Dawn of War 3’s main objective in its only game mode Power Core is to destroy the enemy’s shield generator, towers and power core. You also get Elite Units which are essentially Heroes or Champions with their powerful abilities. Sounds very MOBA-esque right? Yes, but you can have all of these without having to throw away your identity.

Power Core can be a fun mode, but when you start limiting players artificially on how they play their game, then we have a problem. Power Core, either than the need to destroy shield generators, towers and the power core, adds a mechanic called Escalation Phases. This mechanic affects resource generation and is linked to time. The longer the game goes, the phases goes up from 1 to 5, giving you more resources. The thing is, it limit plays so much in phase 1 with measly resource gains that you are forced to wait it out before upgrading your tech tier. This slows down the game so much and limits the creative strategies people can play in the early to mid-game. 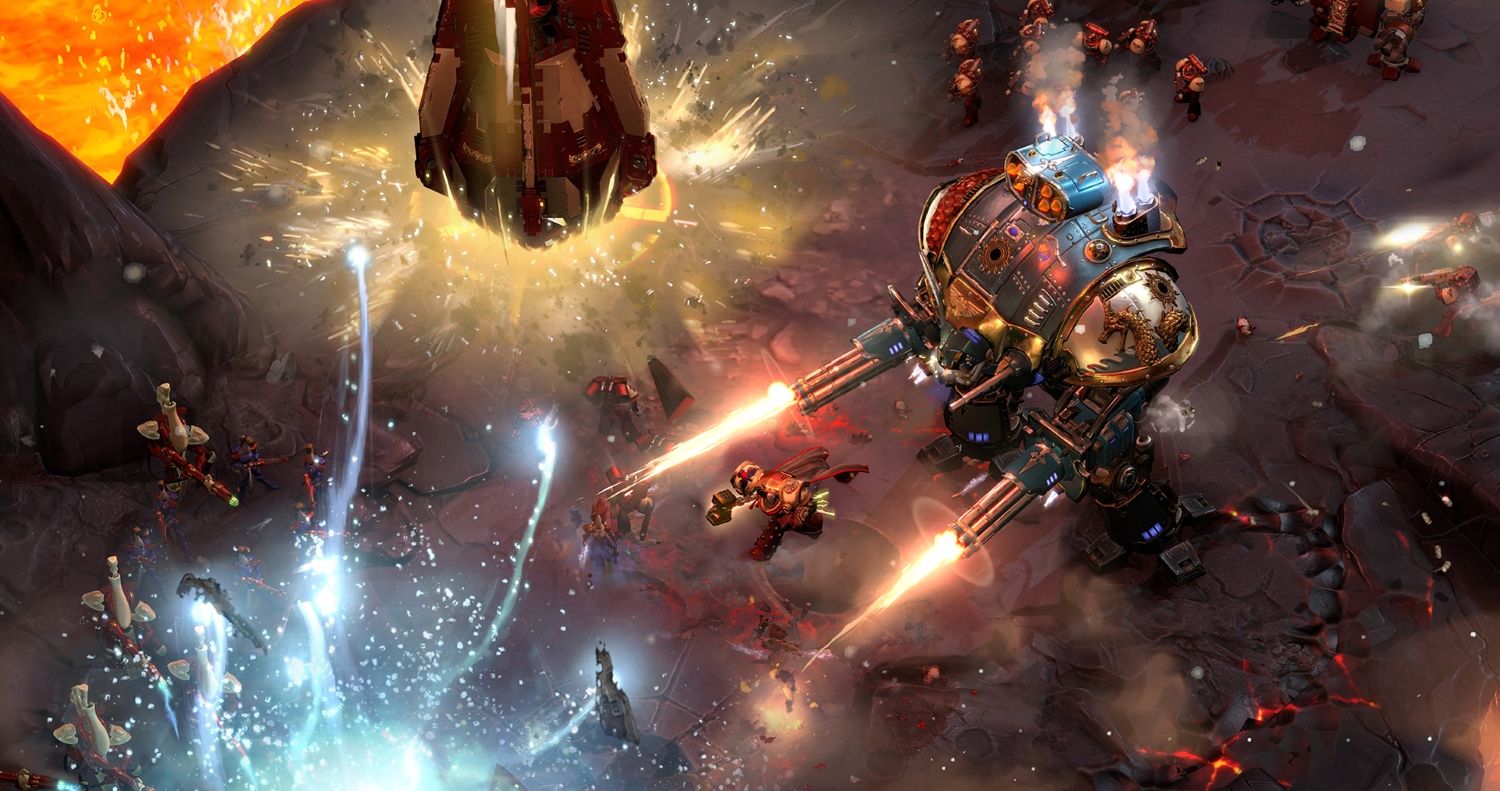 You can still capture the valuable resource points scattered across the map, but you just end up spending that time trading points with basic units while waiting for it to tick over to the next phase. It is a waiting game, and when it finally reaches the final phase that is when the game feels good again because it is natural. No more waiting, no more limits, just smash two armies together. Even at that tough there is no satisfaction. Two armies that follow your orders robotically is boring.

Dawn of War 3, for better or for worse, has removed the morale system. Morale was an interesting mechanic in previous games that affect units in various ways. In the first Dawn of War, depleted morale affect unit performance and while in Dawn of War 2 it upped the ante by making units panic and act much more unpredictably. It was this very morale system that gave players the means to play creatively and not just smash large armies into another. You lure your enemy into a kill zone and watch all their infantry hug the floor as your heavy weapons open up on them brings a big grin. The panic of getting your units literally jumped upon by chainsword-wielding jetpack troops and trying to pull them back to an organized line.

Another system sacrificed was the sync-kill animations, which were the coolest thing to watch and gave a flavor to the battlefield. Admittedly you would not see it in a big battle, but being used to it since the first installment and then suddenly removing is like forgetting who you are in the first place. To be honest though, sync-kills always did have a problem attached to it: balance. The two options available to keeping it would ruin the game balance since you either make the unit invulnerable during the animation or let them take damage. Keep in mind that during the animation you have no control over the unit in question. It winds up being a question of how much value the system had, and Relic chose that it had no value, which is a let-down. 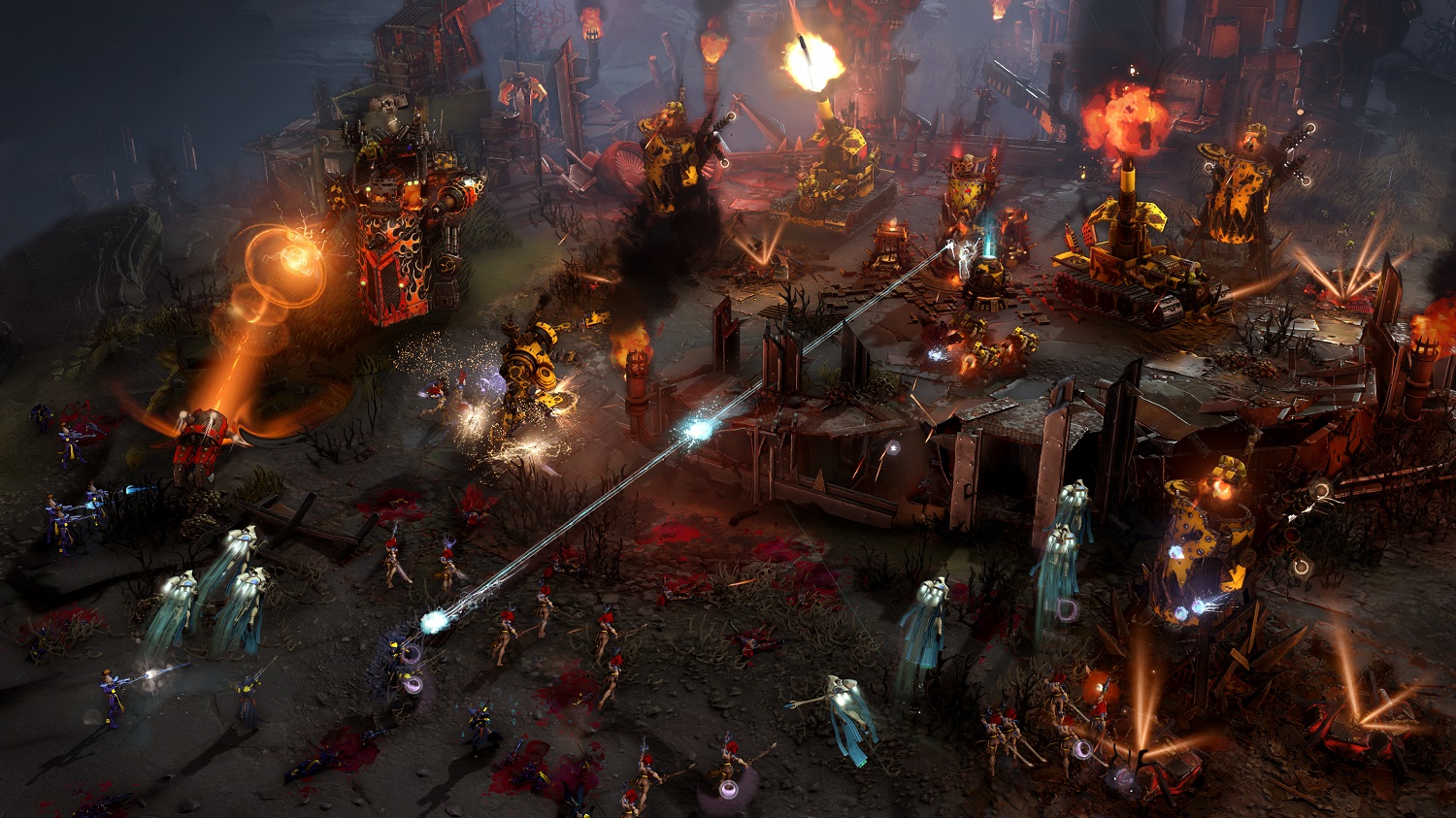 These choices Relic made for Dawn of War 3 have left me confused. It is obvious that the game is geared to e-sports with the removal of uncontrollable factors like morale and sync-kills, but to remove the modularity of units? RTS games have always been about efficiency, whether macro of economy or micro of units. The micro of the older titles gave you the ability to fine tune your squads and vehicles into much more efficient killing machines rather than just set pieces. It also gave them value. I spent resources to upgrade my tank fully and to lose it hurts. This added so much more depth for a simple feature, yet Relic left it out in favor of bigger battles and obviously identifiable units. Obviously identifiable units? It is hard to tell them apart when they are in one big mass.

Dawn of War 3 is confusing. It revives the old ideas of Dawn of War 1, but does it pretty badly. It completely removes the ideas from Dawn of War 2 because it is too uncontrollable for e-sports. Then decides to make a game with a single game mode at launch that artificially limits players for most of the round. If it was not for the Warhammer 40K Dawn of War title, this could be any other RTS game on the core level and some weird homunculus monster everywhere else. Campaign falls flat on its face and is a glorified tutorial. Gabriel Angelos can do flips in Terminator Armor. Graphics are not amazing and why is bloom a thing again? Oh and I forgot to mention, the game does not allow you to rebind keys. Yes, a real time strategy game on PC by a primarily PC developer, does not allow you to rebind your keys. Makes me fear for the future now of the franchise and Relic’s other franchise Company of Heroes.