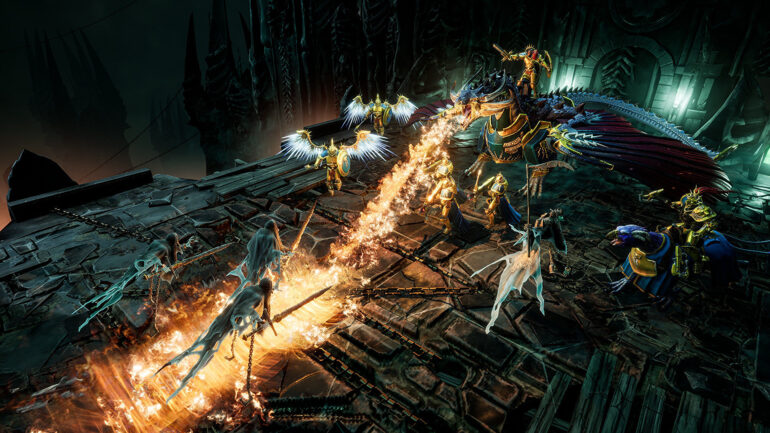 Warhammer – Age of Sigmar: Storm Ground is releasing on May 27 with pre-orders available now on PS4, Xbox One, and PC. The strategy adaptation of Games Workshop’s iconic fantasy IP, developed by Gasket Games and published by Focus Home Interactive even offers the first glimpses of its fast-paced tactical gameplay and third faction – the Maggotkin of Nurgle.

Storm Ground is an action-packed, turn-based strategy game where you lead one of three highly-customisable armies – the eternal Stormcasts, the ghoulish Nighthaunt and the rotting Maggotkin – to glory through conquering their enemies in roguelike single-player campaigns or defeating other players in online PvP.

Warhammer Age of Sigmar: Storm Ground comes to PS4, Xbox One, Nintendo Switch, and PC on May 27.