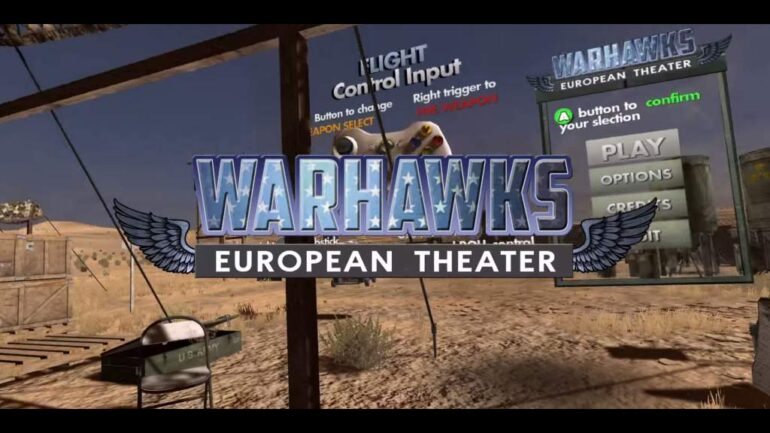 Digital VR Studio Ghost Machine announced today that their newest VR project, Warhawks, is being released today as a playable Alpha for the Oculus Rift virtual reality display. Today also marks the launch of the games’ Steam Greenlight campaign for inclusion in the growing Steam VR games library. This release will mark the sixth VR game Ghost Machine will offer to customers on the digital downloading service following Motorsport Revolution and Superbike TT, which went on sale on the popular games service early this year.

Speaking about the game launch Ghost Machine CEO, Neal Nellans stated, “with the positional head tracking in virtual reality, flight sims are a perfect match for this new technology. The flight sim genre is on the verge of a massive resurgence due largely in part to the immersion of VR”.

An early playable demo of Warharks was developed internally as an early proof of concept that cockpit games of all types would be engaging in virtual reality. “We’ve already gotten our feet wet with flight sims developing another title, Final Strike. Warharks is a natural extension of our sim development, extending our knowledge base developed from our other titles.”, added Nellans.

Warhawks is expected to ship on Steam VR with support for the latest Oculus Rift head mounted display and the upcoming HTC Vive Headset as well as a Standard version for those not owning a Rift headset in Winter of 2015.