WarioWare: Get It Together! is a lot of fun.

Already solid, and there's more to look forward to. 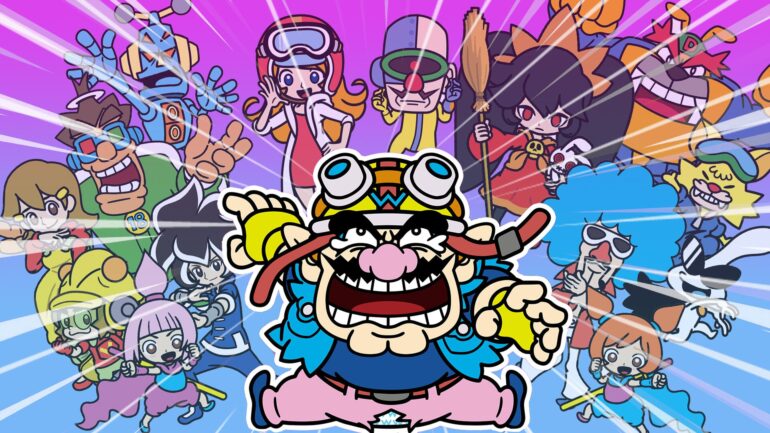 The Demo for WarioWare: Get It Together! is out on the Nintendo Switch’s eShop. It’s not much in the space department, but the gameplay is already solid for a demo, with more being promised to arrive once the full game is released.

For the offerings in the demo, we have a few minigames being offered in a loop of increasing speed, like the Escape minigame which gives you the task of going out to the roof to board a helicopter, Tweeze which has you pick armpit hairs off a statue, Collect which makes you gather a certain number for cats, Shoo which has you driving flies away, and that’s majority of what I can recall from the sudden rush of things as I kept on playing and racking up higher and higher scores.

The frantic music that denotes the higher speed that comes after the Faster! comes with a sense of urgency as you brace yourself for whatever comes next, serving as a constant reminder to keep yourself on your toes. With the time limit per minigame growing shorter and shorter, you’re put into a situation where twitch-reactions become necessary if you want to go past 40+ on the demo.

You can unlock up to 6 characters in the demo, with more being promised by the game’s release. Each of the characters have their own ways of solving the minigame they’re facing. But it was Kat & Ana who frustrated me the most, as it took me a bit of time to get the timing down. I managed to get it right by the 2nd time that Kat appeared post-tutorial. Kat & Ana can be controlled by 2 players seeing as they are twins. This is something that is uniquely possible on the Switch because the system allows full control with a single joy-con.

Wario plays like the Rocketeer because he has a jetpack and his iconic shoulder bash, while Young Cricket has his really high jumps in his arsenal. 18-Volt usually stays in place unless needed and just fires a disc from his head. Mona automatically goes side to side, only stopping if you use her boomerang which can be controlled. And finally, there’s the alien creature Orbulon who plays like a floaty crane that uses a tractor beam to move things around if need be, but usually he’s just flying around like Wario except he slowly floats upward bit by bit.

Overall, it’s great for a demo. The gameplay is nice and tight, the music is great and fitting, and you could play it for hours to practice once WarioWare: Get it Together drops. If I could suggest something, it’s that the Hori Split ProCon or the ProCon is made for these kinds of games. Having a Turbo never fails to be of great help, after all.