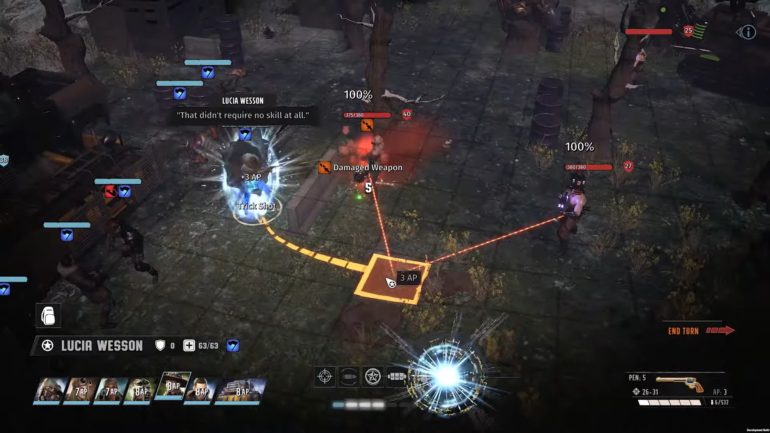 Wasteland 3 latest video talks about character creation and other details

Dev Diary # 1 features the developers talking about character creation, customization, and combat. Lead designer David Rogers talks about character creation and how players can choose how to distribute their stats for their characters in the game. It could go in many ways, depending on the limit of status points you can give. There are also quirks that can either get players advantages or the opposite instead to make the game more challenging.

The video also showcases some of the combat that players can expect. It has gotten way better than the previous two titles of the franchise.

The game will launch on Aug. 28. It will be released on Xbox One, PlayStation 4, and PC.