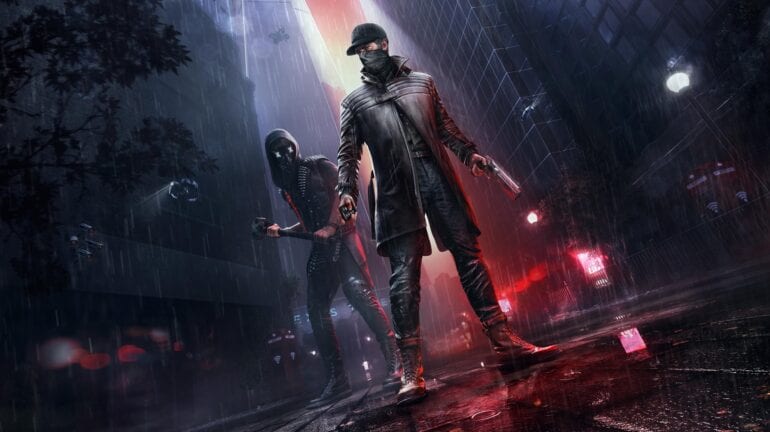 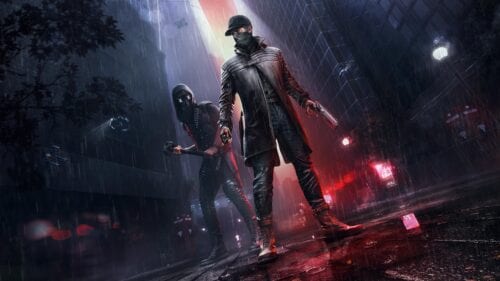 Watch Dogs Legion Bloodlines is an expansion of the main game that decided to get rid of the main mechanic of what made Legion what it is. And in my opinion, it’s all the better for it. No longer will you be playing as procedurally generated characters with exaggerated British accents roaming around the streets of London, but you’ll be placed back into the shoes of some of the original cast from the previous two games.

In Bloodlines, we’re finally able to see the continuation of Aiden Pierce’s story and what happened to him after the first game. And he isn’t alone either. Wrench from the second game makes an appearance and both of them have their personal reasons for being in London. For Aiden, it starts of as normal mercenary work gone wrong. For Wrench, he’s got a bone to pick with someone. The main interaction between the two and how their stories intertwine is what Bloodline explores.

On the surface, the super serious Aiden getting entangled with the more wackier Wrench feels like an interesting dynamic. What kind of story could this dream team of hackers offer? With the main mechanic of “playing as anyone you want” removed from Watch Dogs Bloodlines, how will the game move forward?

Watch Dogs Bloodline is hit and miss. The prospect of playing more sensical characters in the setting is an added welcome. It always struck me weird how anyone we recruit in the main campaign suddenly becomes an elite hacker. And the godawful British voice acting made me shiver every I hear the dialogue. On the other hand, without this mechanic we get to see just how empty and spacious London can be.

The fun derived from gameplay is still inferior to the previous two entries. The limitations that Legion sets for the main campaign force these two characters to be nowhere near powerful and capable as you were in the previous games. No longer can you call the police to arrest individual citizens, no longer can you cause the street lights to turn green and cause traffic accidents, no longer is Aiden’s blackout ability anywhere near as potent or visually impressive as it was. If you came from the previous two entries, everything in this game feels stunted from inventory to abilities.

Still, the gameplay loop largely remains unchanged from the main campaign. You go to an area, you sneak around, hack stuff to accomplish an objective, and leave. If you’re fond of this gameplay loop, then nothing’s really going to change. There’s still the charm of being tactical in your approach. Surveying an area for the best points of entry and using the tools you have at your disposal to make things easier for you. There were some missions that I managed to accomplish without ever setting foot in restricted areas.

Unfortunately what happens in between is where the fun ends. Since you don’t recruit characters, there’s really not much to grind for. You don’t purchase abilities with tech points like in the main campaign. You unlock them by doing side missions for select NPCs. This does make sneaking into a lot of restricted areas pointless as they offer nothing. Free roaming just wasn’t fun unless your interest is taking in the scenery. London is visually dystopian on purpose and that hasn’t changed at all in Watch Dogs Bloodlines. However there are still an abundant amount of scenery that prove that the city can still be gorgeous. It’s just that traversing from Point A to B was often an annoying chore. It didn’t help the vehicular controls felt stiff and awkward. You’ll often find yourself encouraged to fast travel around the map.

Combat in Bloodlines remain largely unchanged with the exception of Aiden and Wrench’s unique abilities. Aiden has his Blackout which powers down everything, increased damage which can be done after a perfect reload, and an ability to slow down time after a takedown. Wrench is slightly underwhelming compared to his predecessor; he is equipped with two nonlethal weapons, an electronic hammer with a special ability by holding down the triangle button, and a large combat drone named Sergei.

I find the overall gunplay in the game is still underwhelming. While I can’t quite pinpoint what makes it lackluster, all I can say is that plenty of other shooters have done it better. Perhaps it’s the fact that enemies don’t really go down with a single headshot? Even the ones that aren’t wearing helmets can survive a bullet to the face. It frustrates me how bullet spongey certain enemies can be. The amount of damage that drones and the new MK1 enemy type can take is beyond reasonable. Especially with the amount of drones and robots they throw at you at the final mission. Fighting the robotic enemies just isn’t fun.

Speaking of which, I absolutely hated the final level. Most of the game can be pretty fun when played tactically, but the end level just barrages you with everything that it has. Fighting an army of bullet spongey robots, hordes of guys with guns, and an endless supply of attack drones was a difficulty spike I didn’t find fun. And the final boss is literally just you shooting its weak spots while fighting horde mode. That’s not fun.

Melee combat is bad. It’s bad in the main campaign, it’s bad in Bloodlines. It’s essentially pretty basic and awkward. But what really gets me is the janky melee animations. Don’t expect a change here. Though the animations for takedowns, especially with Aiden’s part, feel visually impressive.

The story, with the exception of one really amazing part of the game, feels barebones. Especially with a villain that is generic and forgettable. The narrative of Watch Dogs Bloodline feel uncompelling to see through. I just didn’t feel any threat or urgency coming from spoiled rich brat, Thomas Rempart.

Wrench’s story however kind of falls short. He’s there because of a grudge against Rempart. And there’s really nothing interesting that derives from that. But he makes up for it by being a lovable maniac. So it’s all good.

Like mentioned above, there’s one moment in the DLC that’s incredible. I don’t want to spoil details but the expansion could be worth getting for that section alone. While Bloodlines only has two playable characters, this moment technically gives us a third as you play through probably the most tense section Ubisoft ever made.

Overall, I believe that the story suffered from its lack of time. The game can be completed in a little over seven hours. I can’t help but feel that’s a shame since Bloodlines’ tale certainly had more potential than the main campaigns.

We have to talk about performance. I played the game on the base PlayStation 4. While it’s serviceable enough, I would recommend playing on a stronger platform if able as it struggled to remain at a consistent framerate on certain sections of the city. If you really focus on far distances, you’ll see cars appear and disappear out of thin air. One time I ran into two taxis phasing through each other as I crossed the intersection. This is nothing game breaking, but it is noticeable.

One thing that I was mistaken in, was that I thought I could take both Aiden and Wrench into the main campaign if I had Watch Dogs Bloodlines. This sadly isn’t the case. In order to get these characters, you’d have to either purchase them individually or buy the Season Pass.

At the end of the day, it’s hard for me to recommend Watch Dogs Bloodlines when I can’t even recommend Legion. All I can say is that if you’ve already purchased Legion, then getting Bloodlines can be worth getting providing that you already like the base game. 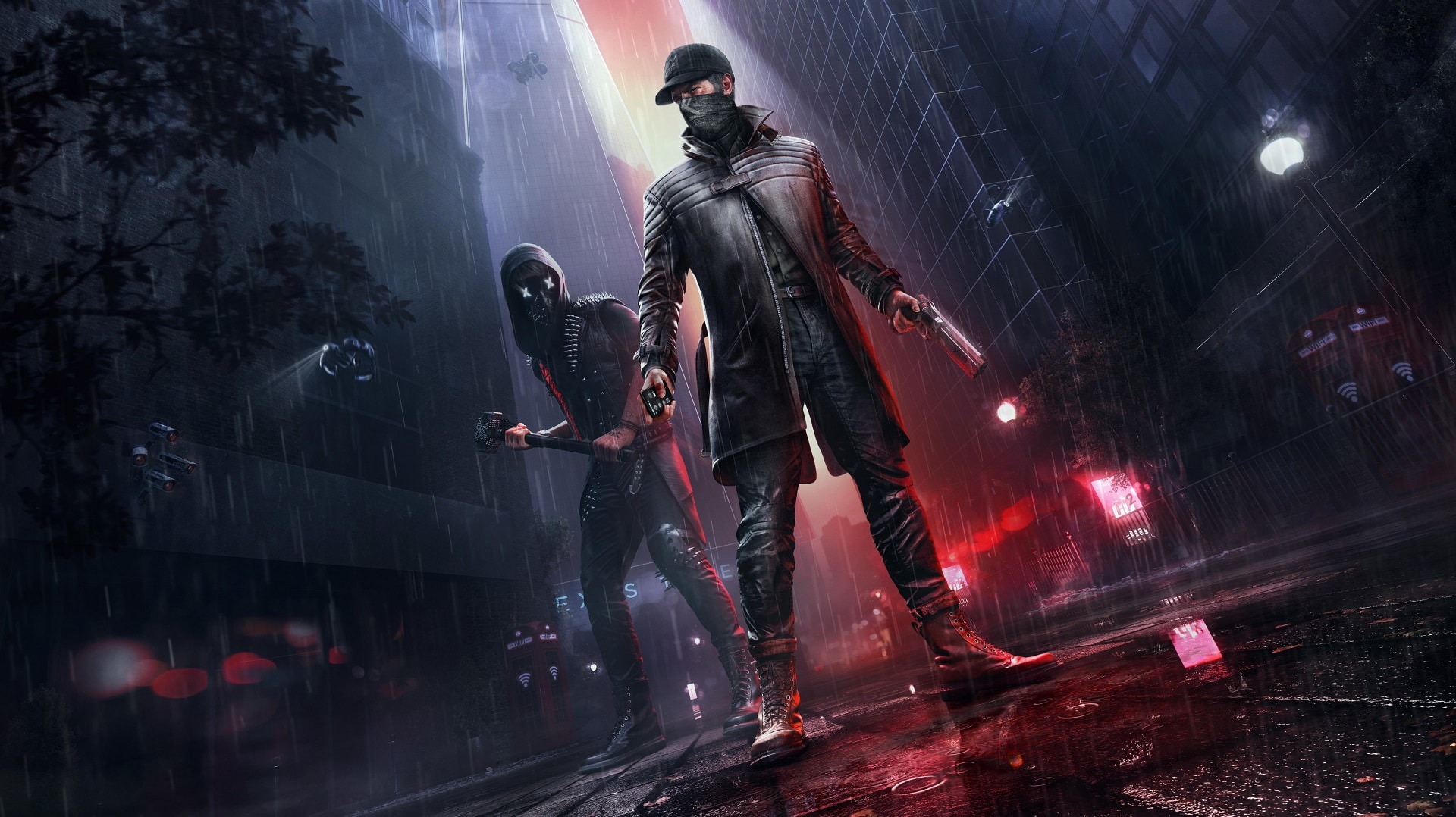 Watch Dogs Legion: Bloodline – Review
Score Definition
You better have to choose if it’s worth spending your spare cash, because it might not be the game for you and it might be for others.
Pros
Play as Aiden and Wrench
New Unique Abilities
Cons
Performance Issues
Awkward Melee Combat
Lackluster Gameplay Compared to Its Predecessors
Final Level
6
Justified