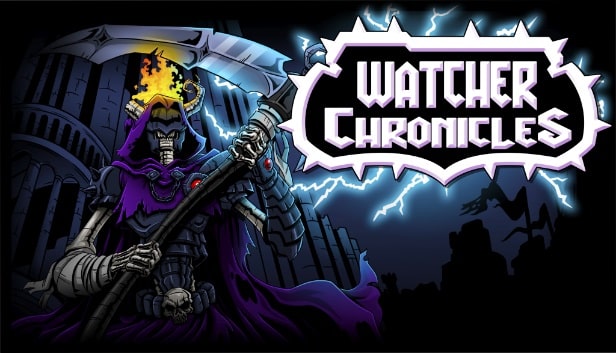 Indie developer Third Sphere Game Studios have announced that their 2D souls-like Action RPG, Watcher Chronicles is going to launch on the Nintendo Switch on April 28th, 2022 at the price of $19.99 / €19,99.

The game was first released on Steam back on January 19th, 2022; critics and players have praised the game for its challenging combat and gameplay, and its hand-drawn 2D art style. Battle your way with a friend through an interconnected purgatory, filled with skeletal nightmares and merciless bosses.

In the darkest depths of Purgatory, forces of evil have allied to turn this intermediate state into a new Hell, punishing all the lost souls that wander there in search of expiratory purification. Our brave hero will have to battle his way through this wretched abyss, fighting against hordes of nightmarish enemies and more than 20 merciless bosses to prevent them from carrying out their malicious plan.

Death is a hero’s destiny: prepare to die… a lot.

Purgatory has been invaded by an unholy threat. A group of fallen ones called “The Watchers” now seek to transform it into a new hell. Lost souls must unite or face utter annihilation…

In Watcher Chronicles, you will have to slice your way through enemies in a large, interconnected world. Use unique weapons or powerful magic and upgrade your character to defeat 20+ unique and challenging bosses.