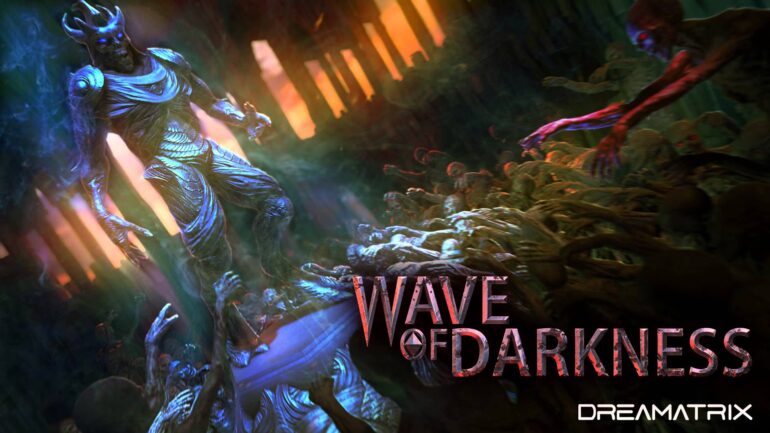 Wave of Darkness lets you play any class given, with a set of skills, items, weapons, like a typical RPG game. The story content is quite wide. If anyone has played the previous game “Legends of Dawn Reborn”, they might notice a lot of changes, like crafting weapons and yes, “crafting skills”. The game is set after the events of Legends of Dawn. I personally haven’t played the previous game. So let’s see how the game performs in terms of gameplay and hardware performance without getting back to the latter.

Just like any other classic rpg games, It supports autosaving after a few minutes. So you’ll be able to save the game anywhere. For gamers who are into RPG or Adventure Games, this would be convenient.

The world is quite big for an indie game (cause I haven’t finished halfway of it), the graphics are “good” at first glance and the background audio is as dark and gritty as it can be. Character customization is quite simple and straightforward. 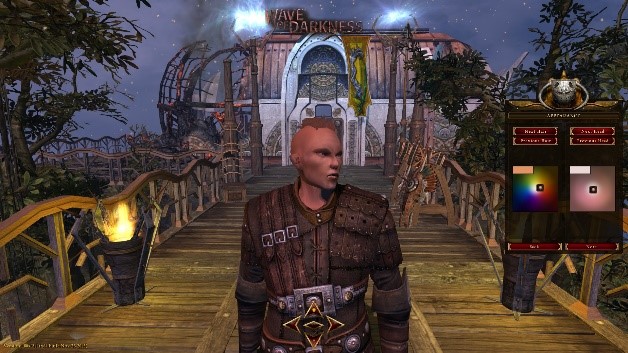 The mechanics are just like any other RPG games like the old Diablo. Though not as good as the latter, it lets you stick to the old RPG Style, single player, click-to attack game.

I find the game difficult and imbalanced. Monsters are quite difficult to kill. Even at the first level, beating them up are hard as most of my attacks miss a lot, and they deal a surprisingly high damage than what they’re levels are supposed to have. At times when enemies die, they just stand there. I also had to click everywhere just to get the item from the corpse. I died a lot of times at Level 1, (Dark Souls?) I did manage to complete only one quest. 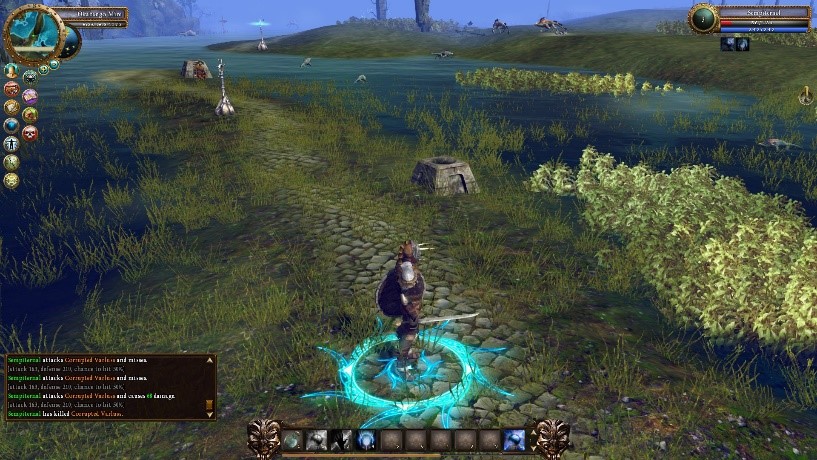 Though this is a direct sequel to the previous game, I don’t think you don’t need to play the first one to get into WoD. It’s because the story content is not well explained. Quests are not really that compelling. NPC’s are less-refined. They barely even tell you where exactly to kill a monster or acquire an item. Quests have no clear guide on the location of the quests, what enemy to kill, what to acquire and where to get it.

What I only liked about the game’s feature is way how to work on crafting weapons and skills. With all the mmorpg games I played before, this is the first time I gained freedom to customize skill names, icons and how the skill works. 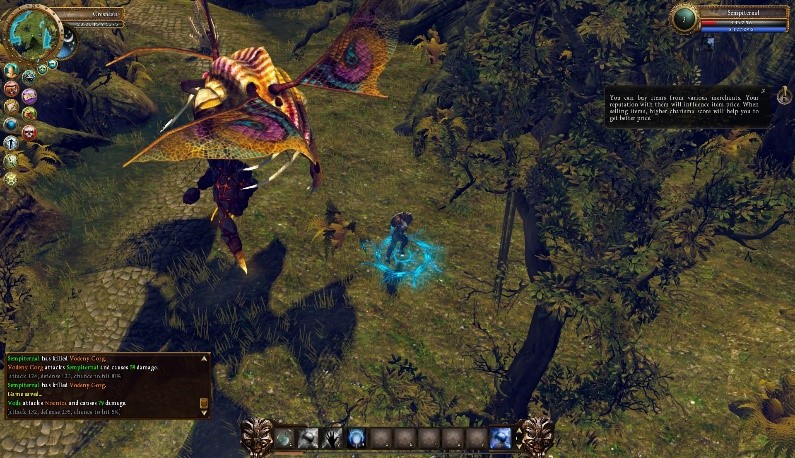 Now talking about performance, the game takes 2.1GB of your memory and around 30% cpu usage if running on a quad-core cpu. I can tell the game is poorly optimized as certain places for some reason will drop your fps. I tried setting the textures from high to medium and other graphic presets as well, but I don’t see any significant changes with the performance. When I was ganked by a 3-5 enemy soldiers, my frames dropped from 60 to 30ish.

The game’s also frequently crashing at some points. Last time was when I was trying to craft my spells. Screenshot added.

Also, once I tab to another window and tab back to the game, it doesn’t come back. I tried using “Window-Tab” on Windows 10, transferred it to Desktop 2. That doesn’t work so Unfortunately, I had to restart the game to play again. But I can’t even close the game unless I had to forcefully close the game using Task Manager. Then I lost my save because of that. Good thing I had 2 saves but for the mass, this kind of hassle is unacceptable. The workaround on this is you just have to press the Window Button once.

Despite the performance and balance issues, Wave of Darkness deserves a 7 out of 10. The game had frequent updates after the November release. You can’t expect an indie game to be perfect. Heck, even AAA games also have their own issues in fair view. I understand Dreamatrix’ Game Dev’s are aware of this as they frequently listen to the Steam Community. Perhaps soon they might add more features and at the same balance the character NPC stats. And lastly, fully optimizing the game would be the last one I’d like the devs to add. So for now, as long as you can tolerate the issues, this game can be playable and enjoyable. I enjoyed it and intend to play for as long as I can.