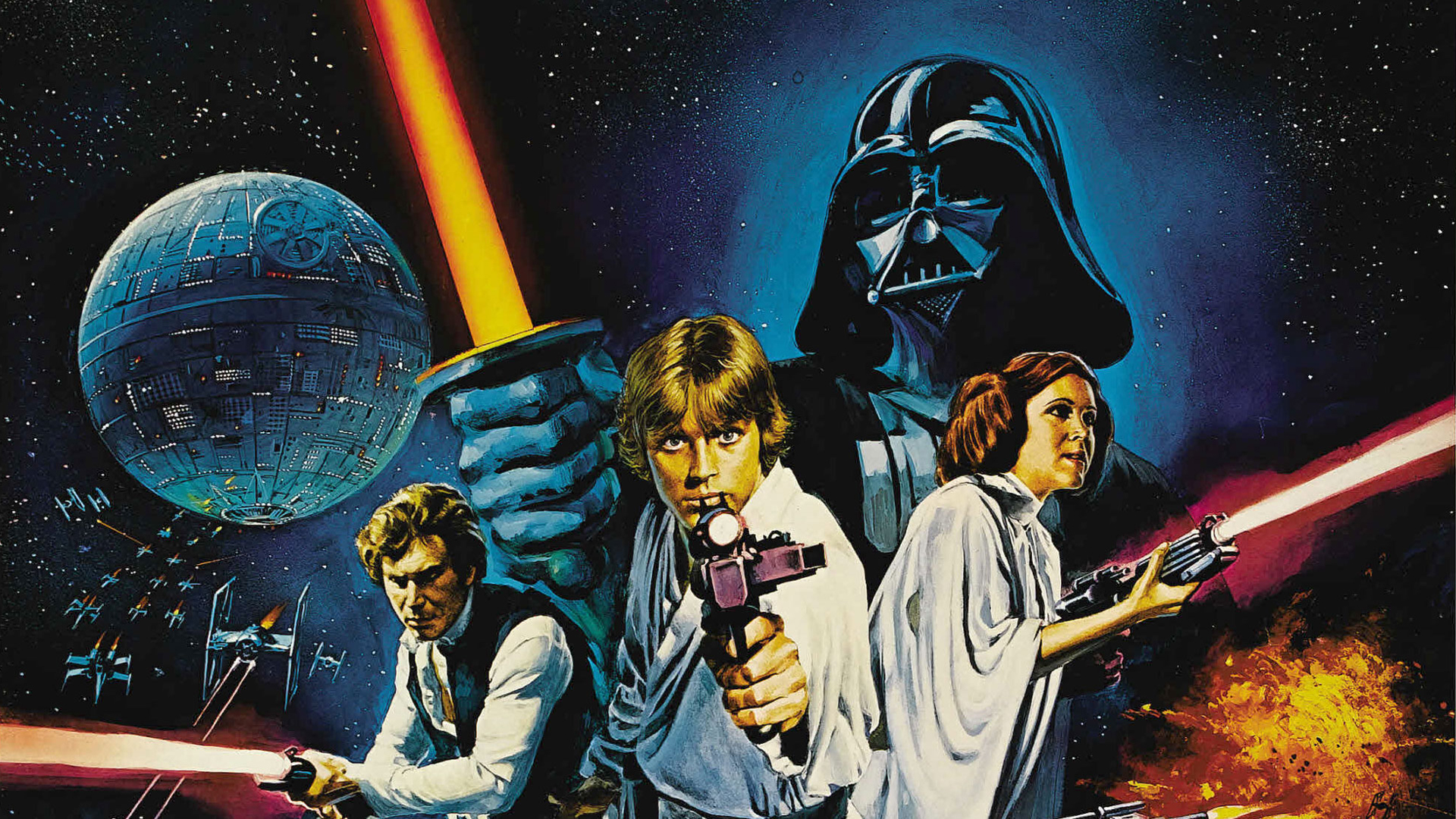 The Force, lightsabers, and the battle between the dark side and the light continues on in a galaxy, far, far away. We were introduced to the compelling universe by George Lucas in 1977 and that is what we all know and love today — Star Wars.

Today marks a very special occasion for the franchise as fans around the world have celebrated Star Wars Day every year. “May The Force Be With You” is the famous line that every living being say in the galaxy who believes in the Force. It’s astonishing how dedicated fans can be and I am proud to say that I’m one of them.

Star Wars games have existed since the Atari 2600 era. These superb classics like Super Star Wars on the SNES have paved its way into amazing Star Wars games we have right now. From compelling narratives to addictive gameplay, this broadened the overall core experience that hardcore fans and gamers have wanted.

In this special feature, I asked my friends in Sirus Gaming and the people I’ve worked within the gaming industry about what their memorable Star Wars game is and why.

Our News Editor, Christian Pepito, loved one of the classic real-time strategy (RTS) games, Star Wars Galactic Battlegrounds. With his love of Red Alert and the RTS genre, having played an actual Star Wars strategy game has satisfied his cravings for a game like it. Who wouldn’t? Being able to build bases, train Rebel or Stormtroopers then sending them off to battle, and outsmarting enemy players can be fulfilling. Plus, Christian mentioned that it ran on his “potato PC” which gave it a really huge bonus factor.

Jedi Knight II: Outcast was May Alturas‘ very first Star Wars game and that served to be one of her disappointing experiences as she didn’t manage to finish one certain level. This led to May’s frustrations as it was rather difficult for her to find a way to complete the level, she was lost in short. Despite all that, she did enjoy the game too for its challenging difficulty.

Who would have expected a Twisted Metal: Star Wars spin-off? No one, and surely, Star Wars: Demolition on the PS1 had its own good merits. Erickson Melchor had tons of memorable laughter and death-defying moments as Boba Fett in this madness. It’s one of those underrated Star Wars games, while not critically acclaimed, that serves to be something stellar in its own expertise.

The Force Unleashed was an entry made by LucasArts that Jarren Naverette loved. Despite its bugs and glitches on the PS3 during launch, the PS2 version of the same game did nothing but wonders for him, plus the amazing plot set for Starkiller, he loved it all the way.

2005’s Star Wars Battlefront II is, no doubt, the best Star War shooter game. Not underestimating Star Wars: Republic Commando, Pandemic Studios’ Battlefront franchise made the battlegrounds a lot more enjoyable and entertaining. Fight battles in space, air, and on the ground as Clone Troopers, Stormtroopers, Rebel Soldiers, or even as Droids. Jett Vincent Sia simply stated it has the perfect space battles and hero battle royale. Along the line, Carri Raff Abenoja loved DICE’s Battlefront II, released in 2017, as this was his first multiplayer experience with the team.

2K Games Asia’s Daniel Tan is one huge Star Wars fan. He spent most of his time with the rail-shooter Star Wars Rebel Assault. This was the first Star Wars game that launched in CD-ROM in 1993 and Daniel considers Rebel Assault as a revolutionary title for its time. Rebel Assault featured a full-motion video (FMV) and all the pivotal Star Wars moments that anyone could ask for. Way back before he played Rebel Assault, Daniel rented a SNES from a video-game store just to play all three Super Star Wars games and Castlevania.

While he did appreciate Rebel Assault and shown his love for Super Star Wars, Knights of the Old Republic was a title on the original Xbox in 2003 that Daniel considers something truly spectacular. Recently, he fell in love with Respawn Entertainment’s Star Wars Jedi: Fallen Order.

Over at Kakuchopurei, our friend Jon Leo has shared his memorable Star Wars game:

“My favorite Star Wars game has to be Dark Forces on PC. Back in the 90s when first-person corridor shooters are all the rage, Lucasarts came in with their take on the genre and brought in stellar production values. The levels were grand and packed with secrets, and came with a lovely Clint Bajakian score that was in line with John William’s sci-fi opus.

It also paved way for one of Star Wars’ more memorable characters: Kyle Katarn. Before the retcon, he was the one who brought the Death Star to the Rebel Alliance. He was also the man who not only took down the Dark Trooper initiative, but also evolved into a Jedi in the Jedi Knight sequels.

The sequels were better, gameplay-wise. But no one ever forgets their first Star Wars FPS experience. Dark Forces was a trendsetter that broke new ground for the franchise.”

Then the Editor-in-Chief of One More Game PH, Chris Garcia, shared his answer as well:

“There are a couple of memorable star wars games for me and the first one is episode 1: racer, just because I spent so much of my college money to play that game when it released in the arcades back then. You can imagine how happy I am knowing that it’s going to be releasing again this month.

The second was knights of the old republic, which really doesn’t need any explanation other than it was really really good!”

“I actually have a lot of memorable games from Star Wars on the SNES to the ever-popular Knights of the Old Republic on Xbox and PC. But I would like to say Star Wars Episode I: The Phanom Menace on the original Playstation.

This came out right alongside The Phantom Menace movie and not only did it follow the entire plot of the movie, it expanded it in ways that arguably made the story better. This was the Star Wars game that had dialogue trees and the option to use the Jedi Mind Trick before KotOR made it popular.

I will always remember the opening scene in the separatist ship where you bust out the room to a swad of droids. The first time you get to deflect blaster fire back into a droid is just an epic moment of my childhood.”

Our friends at Whatoplay has also shared their answers to us:

“If I played Knights of the Republic when I was young, it would’ve been my favorite. However, I grew up playing the PC and I absolutely adored Jedi Academy, especially when I’m playing with my friends. And just recently, I enjoyed Fallen Order and it’s a great Star Wars game with a good story too!” – Feliciano Mondigo III

“It was just a memorable experience. The game is fun but the journey to playing it was even better. In 2005, I was a broke college student in need of a gaming fix. There were a lot of gaming shops around the campus but they cost between P20 to P50 per hour. There was no way I’m paying that much to play games. I found this smaller computer shop, about 30 minutes’ walk from the campus, that charged PHP 12.00. Jedi Outcast was the only ‘recent’ game they had installed. I don’t remember the details of the game now but the memories of those 30-minute after-class walks are still fresh.” – Neil Yamit

If I were to choose mine, there would be tons of Star Wars games I could name, but since it’s that “memorable” one, that would be the PS1 classic: Star Wars: Jedi Power Battles. I remember the day when I had to skip school (yes, I did that) just to play Jedi Power Battles all over and over again. I invited my friends over to play co-op and to defeat Darth Maul multiple times. There was no dull moment when I had to destroy a lot of clankers while eating a bag of chips with Coca Cola, thus entering the last level with my hands trembling as the Duel of Fates theme starts.